The artist and Dominican friar posthumously called Fra Angelico was known for most of his life as Fra Giovanni, the name he chose when he joined the convent of San Domenico in Fiesole. Not long after his death in 1455, he was praised as "the Angelic Painter," elevating him to the status of the great Dominican theologian Thomas Aquinas, called the "Angelic Doctor."

His life and work have been celebrated for centuries, yet only recently has Fra Angelico's fundamental importance in the development of European painting been fully appreciated.

… Fra Angelico pioneered many of the stylistic trends that distinguish the early Renaissance, including the rational treatment of pictorial space and the volumetric modeling of forms with light and shadow. At every stage of his career, in fact, Fra Angelico remained at the forefront of artistic innovation in Florence. 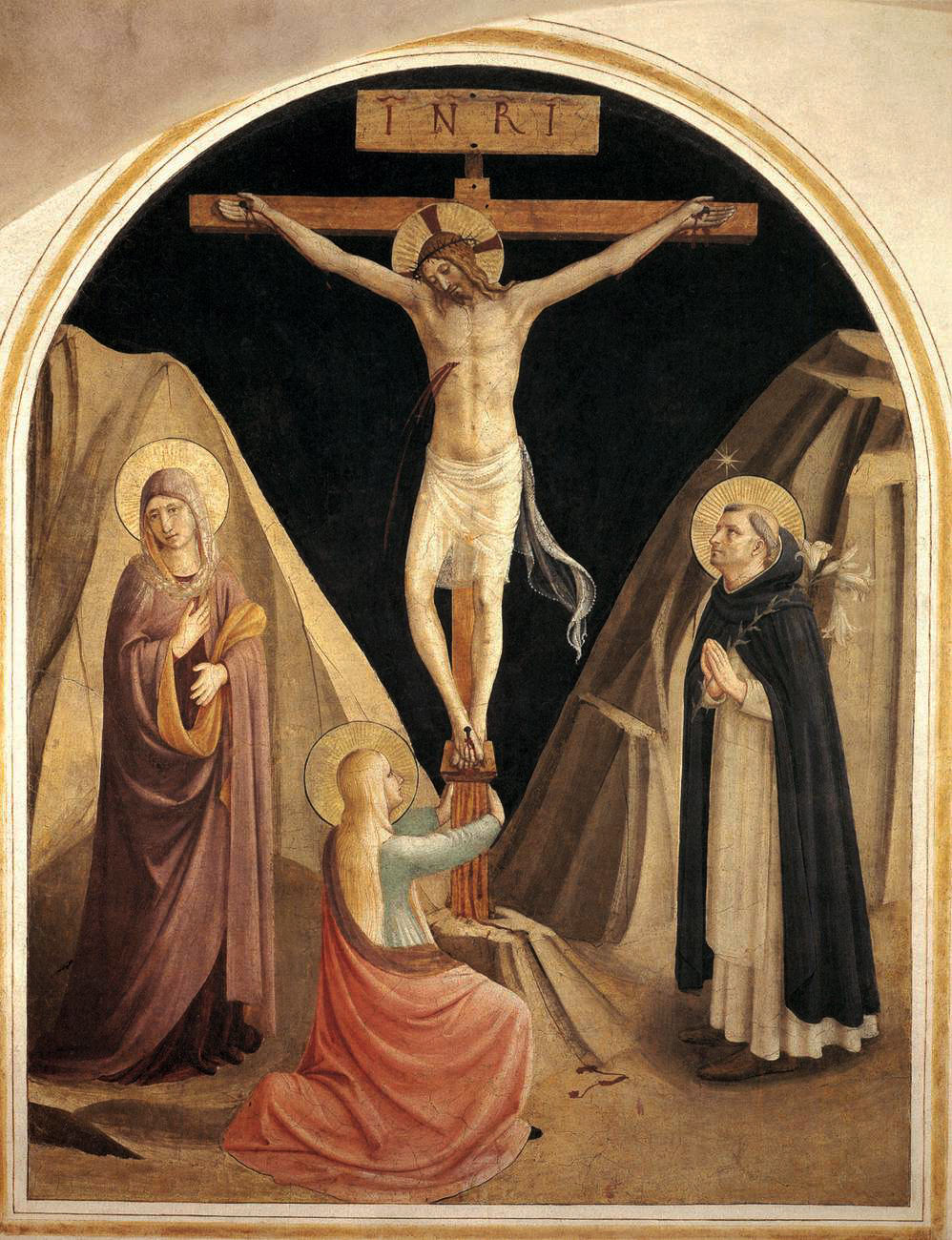 Crucifixion with the Virgin Mary Magdalene and St. Dominic
From: Wikipaintings1

From various accounts of Fra Angelico’s life, it is possible to gain some sense of why he was deserving of canonization. He led the devout and ascetic life of a Dominican friar, and never rose above that rank; he followed the dictates of the order in caring for the poor; he was always good-humored. All of his many paintings were of divine subjects, and it seems that he never altered or retouched them, perhaps from a religious conviction that, because his paintings were divinely inspired, they should retain their original form. He was wont to say that he who illustrates the acts of Christ should be with Christ. It is averred that he never handled a brush without fervent prayer and he wept when he painted a Crucifixion.2 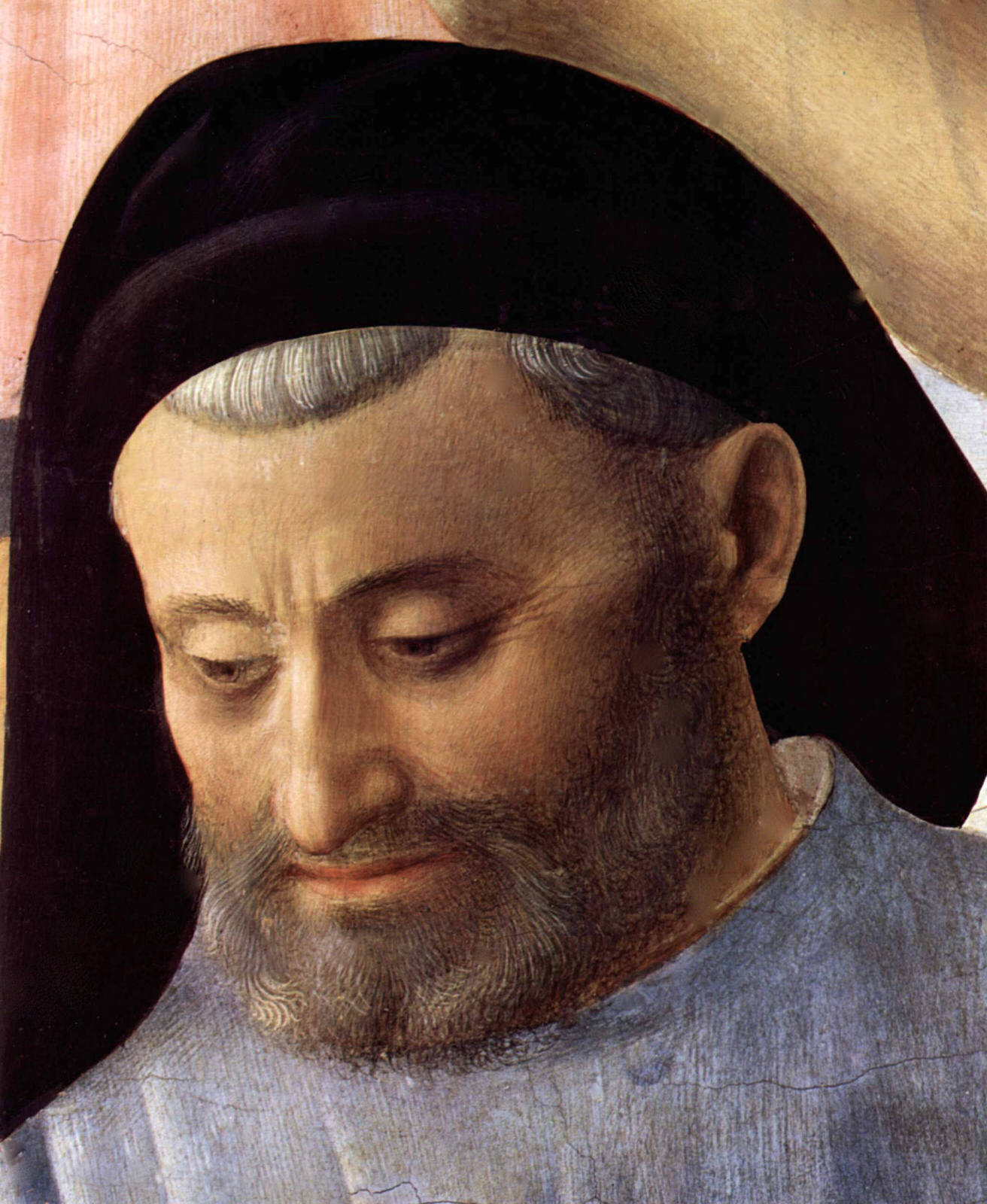 Guido di Pietro was born circa 1395 and became a Dominican friar in 1417, taking the name Fra Giovanni da Fiesole. He earned the nicknames il Beato Angelico, “Blessed Angelic One,” and his common English name: Fra Angelico, which means “Angelic Brother.”

Even before he became a friar, Fra Angelico was a talented painter; after he entered the religious order, he traveled to and from Rome painting altarpieces and frescoes in papal chapels and his own respective friaries.

His range of audiences can be detected in the different colors used. The frescoes in the convent of Fiesole encourage meditation in simple colors, while the papal paintings tend toward brilliance and gold. Throughout his works, however, one finds a theme of humility and piety. His paintings consistently depict sincerity and gentleness.

Giorgio Vasari, famous for his biographies of Renaissance artists, declares, “In their bearing and expression, the saints painted by Fra Angelico come nearer to the truth than the figures done by any other artist.”