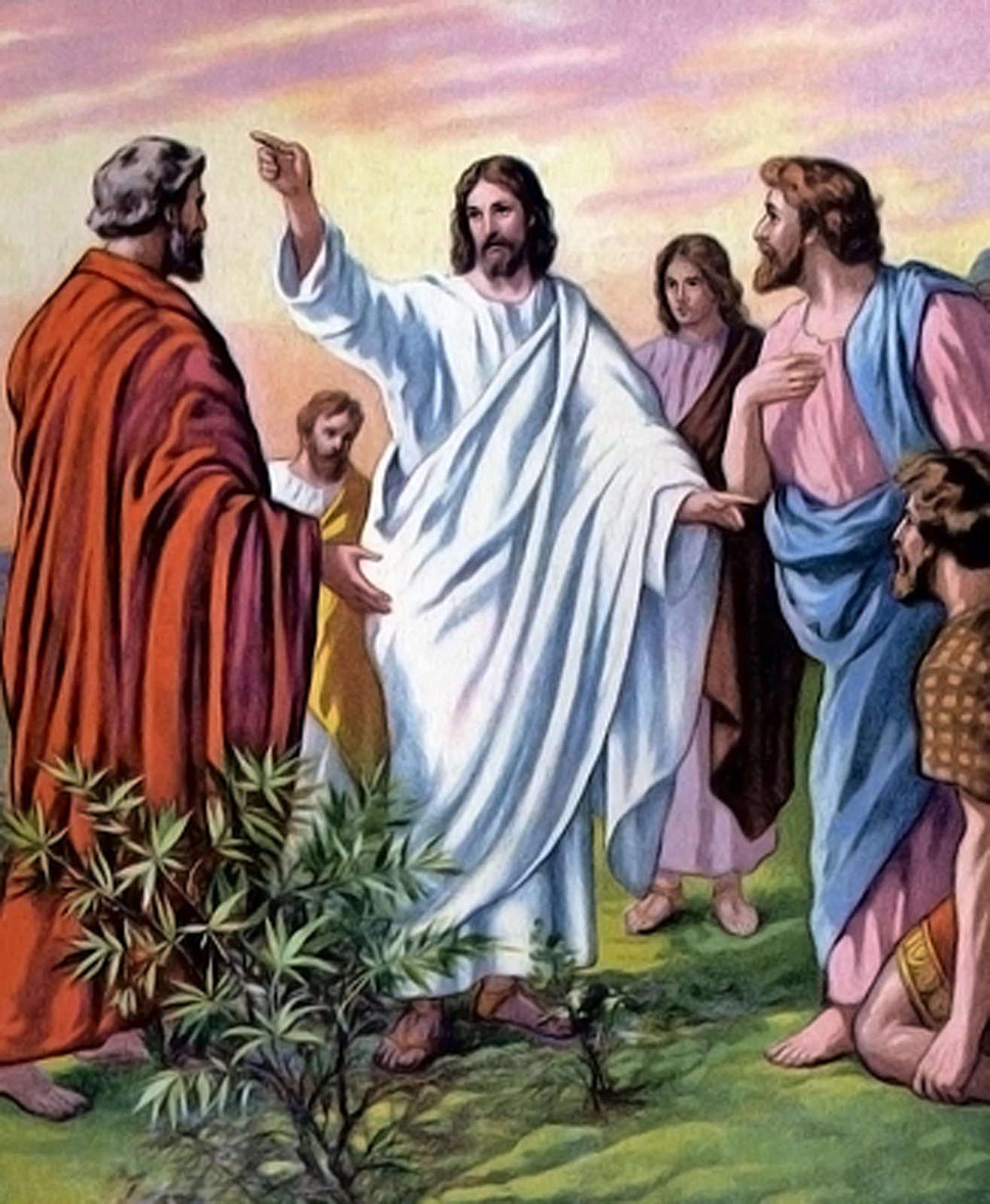 The 12 apostles accompanied Jesus as he went around teaching and healing people from village to village. They were there on the boat, when he calmed the storm that threatened to send them to the bottom of the lake. They were there and saw the gratitude of a man once exiled from home and friends because he had leprosy but now was perfectly well. They were there and saw the joy on the face of Jairus when his once dead daughter was again alive and well. Having seen and heard so much, they would never be the same again.

Now Jesus is sending out 72 others with the same task – to witness to everything they had seen and heard about Jesus and the Kingdom of God. The number 72 is important for it was the number of nations that ancient people believed to exist on earth. Sending 72 people meant that no tribe or nation on earth was to be excluded from the Gospel message.

They were to travel light. Jesus tells them: “Carry no money bag, no sack, no sandals”. Jesus wanted his disciples to be concerned about nothing else but the mission that he was sending them on. He didn’t want them to be weighed down by gathering together extra provisions, or additional clothing, worrying whether to take an extra pullover just in case it got cold; or an extra pair of shorts if it got hot. They were to be single minded in their mission. Their task was plain and simple. They were sent out to meet the needs of other people just as Jesus did – that is to speak the Word of God at the appropriate time and to deal with physical and spiritual needs of those they met.

Travelling light meant the 72 disciples had to trust God for their daily needs. Jesus was telling them to be like the “lilies of the field” and the “birds of the air” who do not rely on their own resources to survive but only on the goodness of God. They were to rely on the God-given hospitality of those they visited.

Jesus is demonstrating the vital link between faith and action. He is saying to them – don’t just tell people about faith in the living God but show them what happens in your life when you really believe and trust. If we tell people about having faith in Jesus, about trusting God and then live a life that demonstrates just the opposite, what kind of example would we be?

I’m sure there have been times when we have reflected on a certain way that we have behaved with a great deal of shame. I know I have. In reflecting it is clear that the way we have acted has been so contrary to what we know Christ would expect of us as his brothers or sisters. Sin gets in our way. It is easy to confess our faith in Jesus one moment and then deny that same faith by our unchristlike behavior. By telling the 72 disciples not to worry about food and clothing but to trust in God – Jesus is telling them don’t just tell people about your faith but let them see in your lives what it means to trust God even for simple things like food and clothes.

Jesus then goes on to give them another instruction. “Stay in the same house and eat and drink what is offered to you. Do not move about from one house to another.” In other words, he is telling the disciples to accept whatever accommodation is offered to them and not go shopping around for something better.

And so the disciples are encouraged not only talk about the love of Jesus but also to be the love of Jesus in the community they were visiting. Again he is saying, Get to know people and through your friendship with them, let people see how your faith really makes a difference in your life. Let them witness for themselves the gospel in action through everything you say and do.

It is no different today. You can imagine how effective our witness would be if we said, “God loves you, my friend, and wants you in his family, but I’m not interested in knowing that your mom died last week, or that you’re unemployed and really finding it hard, or that you are a stranger in our parish and feeling pretty lost”. Jesus is saying that along with the gospel of love go the actions of love.

When Jesus sent out the 72 men to share the gospel he gave them a specific message to tell – they were to say very clearly, “The Kingdom of God is at hand for you.” God has provided an answer to the trouble that plagues your lives. God has sent Jesus to bring salvation and everlasting life.

That’s something we all need to hear again and again, especially when we admit that too often we have Jesus in our words but he can be lacking in our actions. When we hear “Go in peace, glorifying the Lord by your life” at the end of this Mass, it means exactly what it says. Take the body of Christ which we have received and bring him to every one we meet by living as a committed disciple of Jesus.

You may have heard it said that “God does not call the equipped, but equips those he calls”.

When Jesus sends us out he intends to use us as part of his plan to bring all people to salvation. In our ordinary, everyday lives, Jesus is working through each one of us. When we look at our church, St. Germaine we see a church filled with sinners on their journey to becoming saints. Jesus commissions us to be part of his revolutionary overthrow of the powers of death and evil. We can’t always see it, because as humans we are caught up in the challenges of everyday living.

Yet in us – in our meetings, RCIA and religious education classes, helping people in need through St. Vincent de Paul, sharing fellowship in the Knights of Columbus, the Ladies Guild or the Catholic Daughters, visiting and bringing Communion to the home bound and those in hospitals and nursing homes and other ministries in our parish – the reign of God is taking shape. He sends out ordinary people like us to be a sign, a witness that God’s kingdom is breaking into the lives of people through each one us.

When the 72 returned they rejoiced in their achievements, “Even the demons submit to us!” Jesus tells them. More important than authority to tread on snakes and scorpions or even power over demonic forces, is that the disciples’ names are written in heaven. The primary goal for each one of us to become a saint and spend all eternity in heaven with all the other saints who have come before us and will come after us.