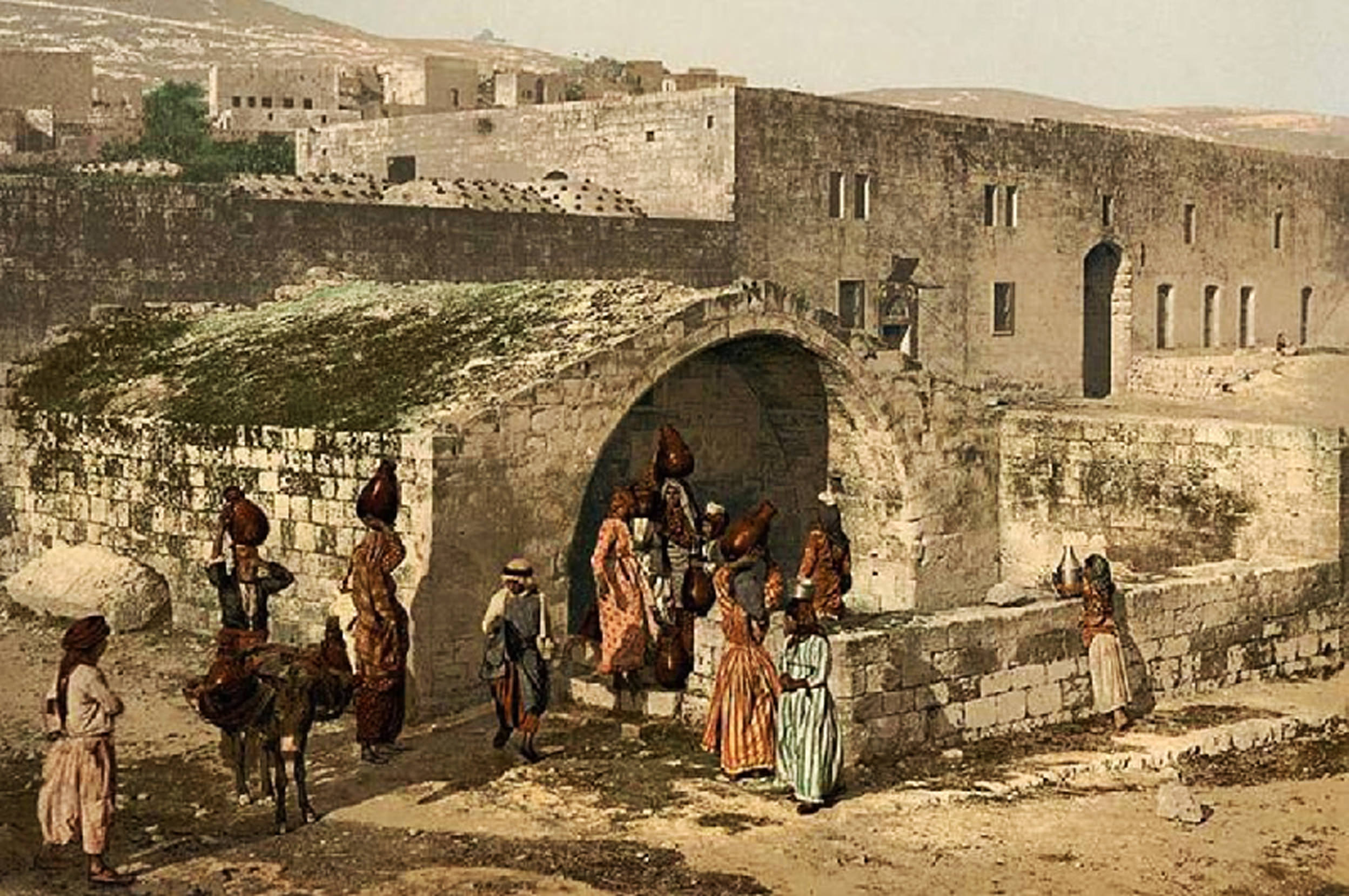 Mary's Well at Nazareth - The Spring of the Virgin Mary1

What would you do if I sang out of tune?
Would you stand up and walk out on me?

This is the opening line from a hit song by the Beetles in the 1970's. It was later rewritten and made more popular by Joe Cocker. Though the lyrics describe a person who uses drugs as a substitute for love, the larger theme addresses the risk of atypical behavior – the risk of singing out of tune.

Singing out of tune always comes with the risk of rejection. That has been true throughout history and is certainly true in various segments of society today. Even the expression of long-held traditional values, like protecting life, the sanctity of marriage, and whether God actually exists, are now met with ridicule and scorn.

In today's gospel Jesus returns to Nazareth. Seeing His home town again must have brought back memories - the houses of His neighbors, the fields of the harvest, or places where He played as a boy. Certainly, He saw many familiar faces – friends from His youth, and elders who taught Him the scriptures. Nazareth, this was home, a place one expects to be accepted.

However, knowing that a prophet is never accepted in his native land, it is unclear why Jesus chose Nazareth to make these proclamations. The simplest explanation is found at the beginning of the chapter where it states that Jesus was 'filled with the Holy Spirit'.1 Since it is impossible to image the Second Person of the Trinity not filled with the Holy Spirit, this verse likely means that Jesus discerned that returning to Nazareth was the Will of His Father. And, what happened in Nazareth was certainly a predictor of rejections yet to come.

On His arrival Jesus was invited to read and comment on the Scripture in the synagogue. This was a courtesy usually extended to visiting rabbis and persons of note. There were seven readings and rabbis would quote various authorities in support of their teaching. Jesus, however, did not need to reference the work of scholars, He taught under His own authority.

The people of Nazareth had certainly heard of Jesus' miraculous works: the deaf hear, the lame walk, demons are cast out, and the blind see. They wanted such deeds to be performed for them, but they were certainly not ready for the proclamations that were to come.

Jesus brought the Good News to Nazareth. But to proclaim this “Good News” H needed to sing out of tune. After reading from the prophet Isaiah Jesus told those in the synagogue that He was a prophet, that the long-awaited prophecy of a Messiah was fulfilled in Him, that their captivity to sin and death was over, and the Year of Jubilee had begun. He said all this was done by the grace of God and He gave two examples from Jewish history that showed God's magnanimity extended even to the Gentiles.

This passage from the Gospel of Luke immediately follows Christ's encounter with Satan and the Temptations in the Desert. Initially, Jesus words were received with joy. All those present marveled at His words. They were amazed and asked, “Where did he get such wisdom?” But in what follows we can again hear Satan's voice igniting their pride and anger against Jesus.

Reminded that Jesus was one of their own, they asked, “Is he not the carpenter, the son of Mary, and the brother of James and Joses and Judas and Simon? And are not his sisters here with us?” And they took offense at Him.”2

How quickly hearts change! How quickly pride and envy defeats! The coming of the Messiah was the heart of the Jewish faith, yet the people of Nazareth could not conceive that the promised Messiah was one of their own. Jesus was too familiar, too ordinary. He was the boy next door. It's ironic that those who should have known Jesus best actually did not know Him at all.

However, Jesus' claim to be prophet, His claim to be the Messiah, isn't what caused their greatest distress. The Jews were so convinced that they were exclusively favored by God that any mention of God blessing the Gentiles stirred their wrath. The Jews hated the Gentiles. To the Jews the Gentiles were 'fuel for the fires of hell.' So, when Jesus says that God sent His prophets to Sidon and Syria, and bestowed His blessings on the Gentiles, they became furious and rose up to kill Him.

Because of their lack of faith, Jesus could not work any miracles there. The grace of God is always present, but it is faith and fidelity that allows His Grace it to be effective. The people of Nazareth were zealous in their beliefs but lacked the faith and grace to hear and understand what Jesus proclaimed. And Jesus, showing that He had the authority to lay down His life and take It up again, walked through their midst unharmed.

All those who follow the Lord are constantly called to sing out of tune – to sing against the evils of our day and to sing the truth against Satan's lies that pervade our society and our world. But it is not only evil against which we are called to raise our voices, we are called, commanded by love, to sing of His goodness, His righteous, His forgiveness, and His Mercy.

Rejection and betrayal are common human experiences. Jesus was ridiculed, rejected, betrayed, and crucified by His own, but that only deepened His love and His desire to save us. Jesus said, “Love your enemies, do good to those who hate you, bless those who curse you, pray for those who mistreat you.”3 He elevated this to a commandment saying, “love one another … as I have loved you”4 “If we love one another, God remains in us, and His Love is brought to perfection in us.”5

Responding to rejection and betrayal with love can be a strenuous test of our moral fiber. It is one of life's most complex and difficult challenges, but God's faithfulness and support in our time of trial will not disappoint. Trusting that God will guide us, that He will bring good out of evil, and relying on His goodness restores our confidence and brings us peace. And it is through the miraculous Love and Grace of God that He brings forth such a beautiful harmony from all these voices that sing out of tune.