Call of the Prophets

In the Gospel of Matthew Jesus tells the story of the man who had two sons. To each He says, “Son, go out and work in the vineyard today.” 1 Now, there are four possible responses to the father's command.

1. The first is to say “Yes” and then go to the vineyard. This is the ideal response to Our Lord's command. It is the response of true love and fidelity. 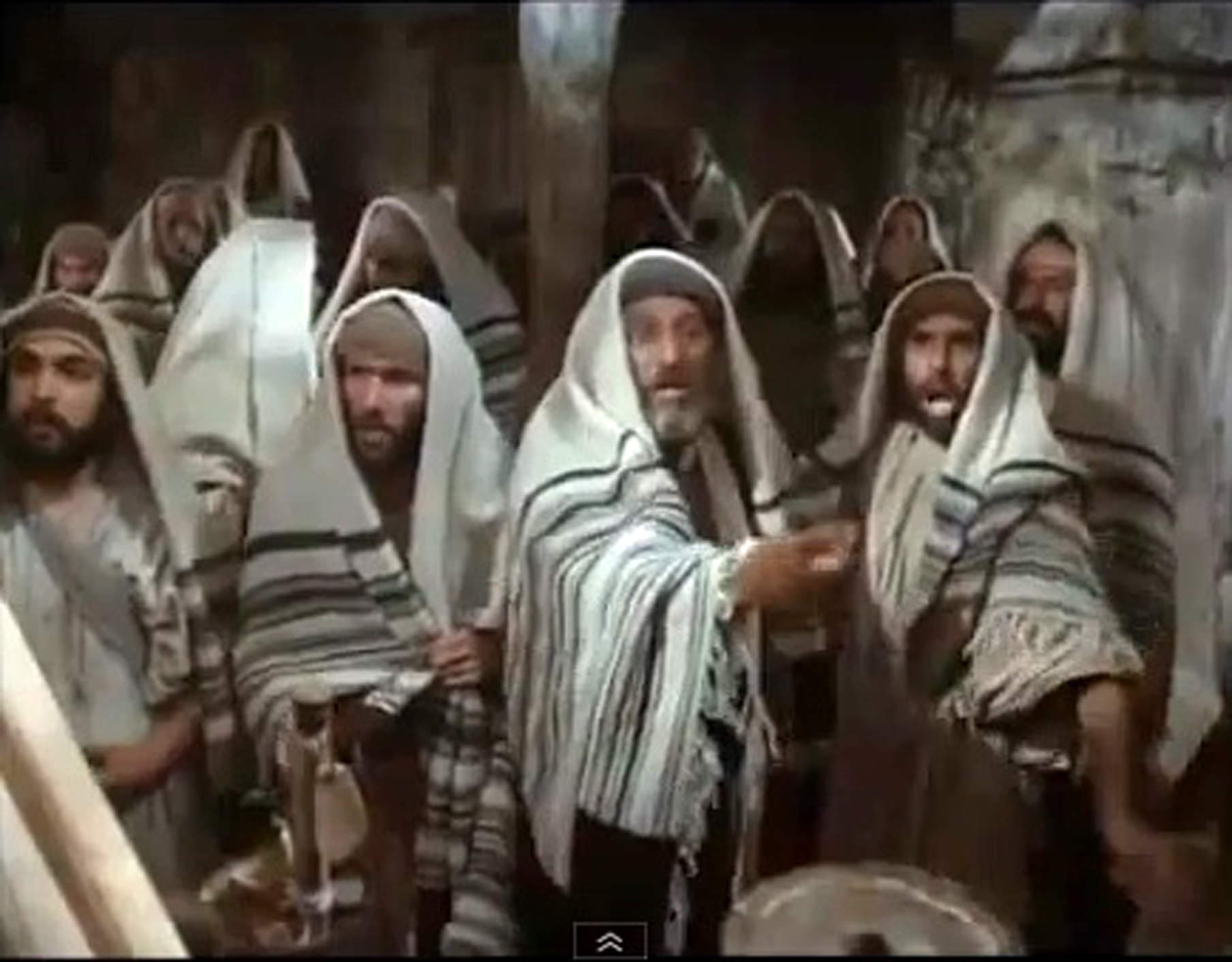 Rejection of Jesus from the film Jesus of Nazareth
Director: Franco Zeffirelli 1

2. The second is to say “No” and not go. It is the response of one who has his own agenda and is not going to be deterred It is self-centered, but at least it's a honest reply.

3. The third response is to say “Yes” but not go. Sadly, this is the response of many Christians, who lack the love, courage, or trust necessary to build the Kingdom of God.

4. The final response is to say “No”, but later think better of it and go. This is a typical response of many called to be God's prophets. Initially opposed, or overwhelmed, by the task at hand, they love, or fear, enough to put aside their own agenda, contemplate what is being asked, and obey their master's command.

The call of Jeremiah in our first reading is an example. In response to the Lord's command he attempts to disqualify himself saying, “I know not how to speak; I am too young.” 2 As you may recall Moses had a similar response saying, “I am slow of speech and tongue ... please, Lord, send someone else!” 3 And there's Saul who had to be knocked off his horse before he saw the light. And Jonah, who fled only to be brought back by a whale.

But the call of the prophets in Scripture is not a unique calling. We are all called, and baptized, to be prophets of the Lord: prophets in our daily lives, prophets in love and trust, prophets who listen to the voice of the Lord and seek to do His Will and prophets to bring love, truth, and forgiveness to a lost and defiant people. Jesus tells Jeremiah. He tells us, “Before I formed you in the womb I knew you, before you were born I dedicated you, a prophet to the nations I appointed you.” 4

Like the sons, many of us may say “No”, but then think better of it and go to work in the vineyard. Others, however, may say “Yes” and even go to the vineyard but do not have the courage, commitment, or stamina to finish the task. Jesus talks about this in the parable of the builder, who started to build a tower but did not have the resources to finish.

There's an old story about a man who fell ill and was taken to the hospital. On arriving a doctor examined the man while his wife waited in the emergency room. When the doctor emerged with a concerned look on his face, the wife became very anxious.

"Doctor, will my husband be okay?" she asked.

“I'm afraid your husband is very ill," the doctor replied. "He has a rare form of anemia, and if it is left untreated, he will most certainly die. However, there is a treatment – a cure."

"Yes”, replied the doctor. “With medication, rest, and proper nutrition, the disease will go into remission and your husband should live for many more years.”

“But there are things you need to do”, said the doctor. “Take your husband home and treat him like a king. Fix him three home-cooked meals a day, and wait on him. Do not let him lift hand or foot. Bring him breakfast in bed. If he needs anything, you take care of it. And, because his immune system is weak, you'll need to keep your home dust and allergen free, spotless. Do you understand?”

The woman nodded and said “Yes, I understand”

Then, the doctor asked, “Do you want to tell your husband the news, or shall I?"

“I will tell him", the wife replied.

After a short time she walked into the examination room. The husband, sensing that something was wrong, said, "It's bad, isn't it? What have I got?"

His wife answered with a tear in her eye, "You have a rare form of anemia, and the doctor says you're going to die."

The story makes us laugh - but not too much, because that's what we're often like! We believe in Christ-like love. We believe in building the Kingdom of God, but we don't like the commitment and sacrifice that goes along with it.

We know that, like Jesus, we will face opposition and ridicule. We know that we will be misunderstood and ostracized – even from our closest neighbors and friends. They said of the Lord, “How can this man be a prophet?“ “How can He pretend to be the Messiah?” “Isn't He the son of Joseph, a mere carpenter?” “Isn't he just like us?” “Who does He think He is?” And as they denounced Jesus, so they will also denounce us.

Our Good Lord said to Jeremiah, “But, do you gird your loins; stand up and tell them all that I command you. Be not crushed on their account, as though I would leave you crushed before them.” 5 God sent us into this world not just to survive in it, but to transform it. It may be hard and and even bitter at times. We may face opposition or even persecution, but God promises to guide us and protect us. Our Lord said, “They will fight against you but not prevail over you, for I am with you to deliver you.” 6

Building the Kingdom of God will bring stern opposition and ridicule, especially in these times when much of our society seems to embrace lunacy, tends to value externals, has lost sight of enduring truth, and the popular culture is significantly less Christian.

However, even though many will deny it, it is an innate human need to be loved, and desired, by God. Though many rebel against it, everything in our being cries out for an intimate union with our Creator. Our Good Lord longs to bless us. He yearns for our friendship, and we, whether we recognize it or not, yearn for His. And He calls us, He calls us all, into this transcendent relationship. Unity with our Heavenly Father is the purpose our Good Lord has in mind for every human being. It is the heart, the very core, of Christ’s revelation.

Jesus said, “The Spirit of the Lord is upon me, because he has anointed me to bring glad tidings to the poor. He has sent me to proclaim liberty to captives and recovery of sight to the blind, to let the oppressed go free, and to proclaim a year acceptable to the Lord.” 6 Today this passage is fulfilled in your hearing. But in speaking of God's blessings to the Gentiles, the people were filled with fury. They wanted healing, but rejected the Physician. “They rose up, drove him out of the town, and led him to the brow of the hill … to hurl him down headlong.7 But Jesus passed through their midst and went away.

If we say 'yes' to the Lord and work in His vineyard, we will likely face opposition and hostility. But, like Jesus who walked through the midst of them, and like as Jeremiah who was lifted out the pit, know this: our God is with us. And, if the Lord is with us, who can be against us? Even if we should be martyrs, we press on, confident that our souls are guarded, and held in our Good Lord's hands. Just as God used Jeremiah to save a nation, so He can use you the save a soul. And if you save one soul, in time, you will save the world.

So, do not fear. Say “Yes”! Have courage! Strap on your boots! Stand up! Gird your loins! And. go into the vineyard, armed with the strength of your faith, and transform the world for Christ.