Patron of the Sacrament of Matrimony

In the Third Book of Book of Enoch (Ancient Hebrew Text) Archangel Barachiel is described as one of the angelic princes, with a myriad of some 496,000 ministering angels attending him. He is counted as one of the four ruling seraphim, and counted the prince of the second heaven and of the order of confessors. He is described in the Almadel of Solomon as one of the chief angels of the first and fourth chora. He is regarded as the angel of lightning.

Barachiel is sometimes shown holding a white rose against the chest, or with rose petals scattered on the clothing, particularly the cloak. Barachiel is depicted holding a bread basket.

Barachiel carries an abundant basket of bread, the staff of life, symbolizing Christian parenthood and it's grave responsibilities both spiritual & temporal, to produce and provide for, the children God desires of married couples. He is a powerful intercessor for the barren as well as for troubled marriages. He carries in his hand a book, a reminder of the wealth of instructions in the Holy Scripture, the writings of the saints and Papal encyclicals for husbands, wives and children concerning marriage and family life.1

O Powerful Archangel, St. Barachiel, filled with heaven's glory and splendor, you are rightly called God's benediction. We are God's children placed under your protection and care. Listen to our supplications, grant that through your loving intercession, we may reach our Heavenly Home one day. Sustain us and protect us from all harm that we may posses for all eternity the peace and happiness that Jesus has prepared for us in heaven. Present to God the Father all these petitions through Jesus Christ our Lord together with the Holy Spirit forever and ever. Amen.2

Oh Blessed St. Barachiel, obtain for us through your intercession, the fullness of the graces of the most holy sacrament of matrimony. Intercede for us most fervently, in those moments of great duress and temptation, when we are most unlikely to recall your power to intercede for us, that through your benevolent love, you may thwart the efforts of the evil one to harm our marriage, our family and our faith. Be our bulwark against our weaknesses that our union may grow stronger, our family may grow more pious and our faith may grow deeper. St. Barachiel come with your legion of angels to rouse us out of our torpor! Help us and our children to do good and grow in the love of God and Mary. Amen3 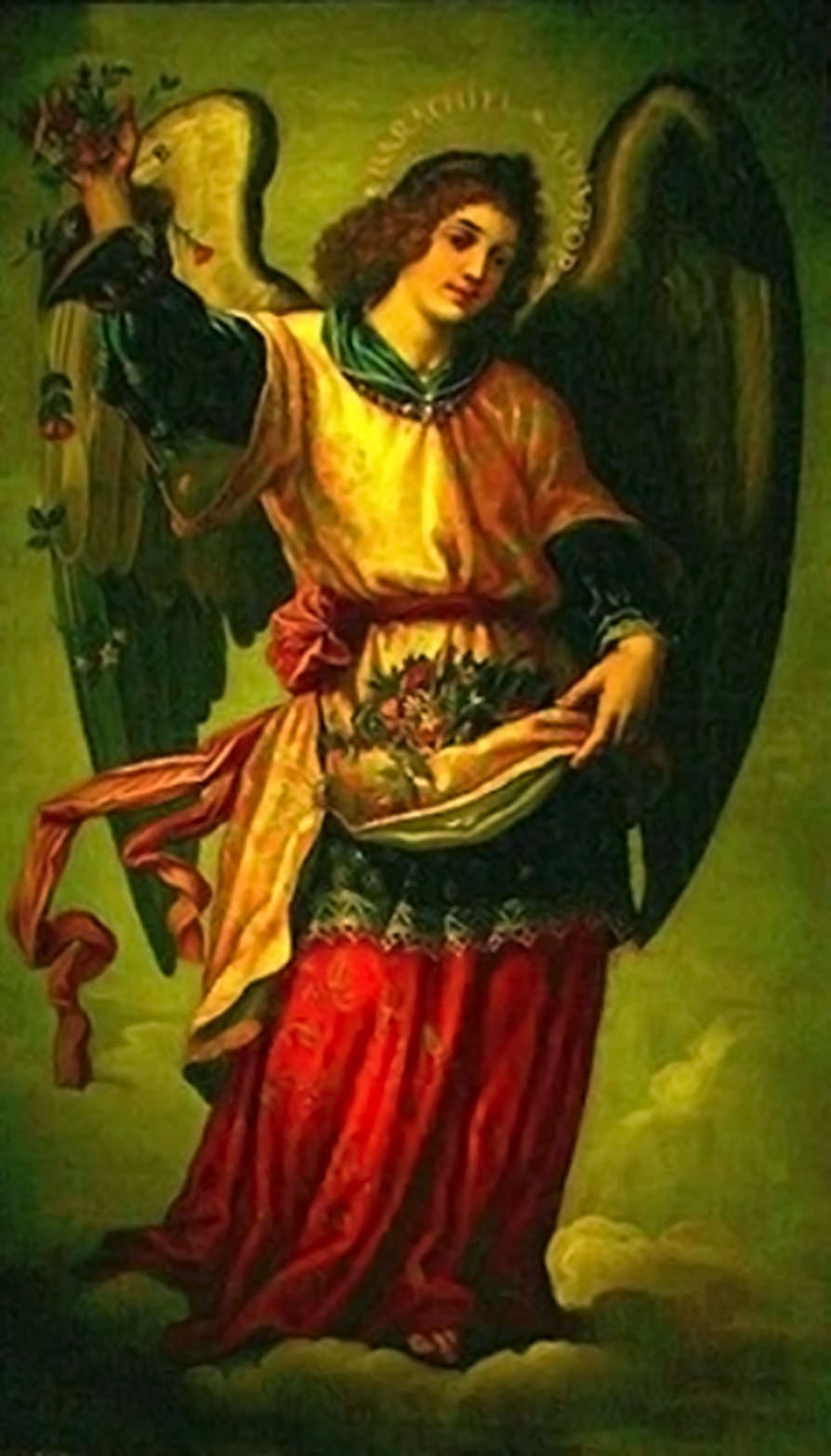