Angels were created as messengers of God. They are mentioned over 300 times in the Bible.

The Scriptures reveal that God created nine orders of angels: Seraphim, Cherubim, Thrones, Dominations, Principalities, Powers, Virtues, Archangels, and Angels. Out of this order come the familiar seven Archangels which include, Michael, Gabriel, Raphael, Uriel, Raguel, Sariel, and the fallen Lucifer. The Eighth Choir - The Archangels, the seven angels that stood before God in Revelations are considered to be the Archangels.

Although it is agreed that there were seven Archangels, there has been some debate on who the seven were. Most accounts name, Michael, Gabriel, Raphael, Uriel, the remaining three are generally chosen from Metatron, Remiel, Sariel, Anael, Raguel and Raziel.

The Archangels were the divine messengers between the humans and God. Of the nine choirs the Archangels are probably best known to us. They are the battlers of the Sons of Darkness. Lucifer, whose ambitions were a distortion of God's plan, is known to us through the various religious teachings as the fallen angel, with the use of many names, among which are Satan, Belial, Beelzebub and the Devil.

Information on these pages comes from research completed by Deacon Bob Palmer, and in part from information supplied by Rev. John Hampsch, C.M.F. in his CD entitled “Getting to Know Your Guardian Angel”.

Deacon Robert Palmer is a deacon in the Diocese of Phoenix currently assigned to St. Germaine Catholic Parish in Prescott Valley, AZ. 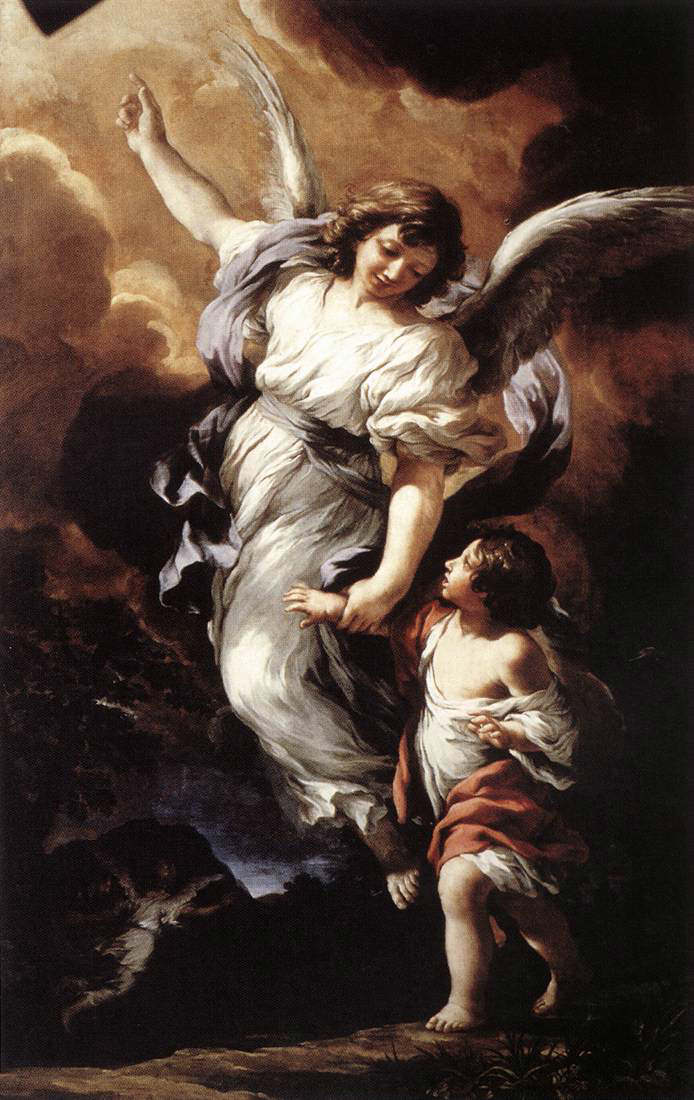 Images not intended to depict the classes of angels. 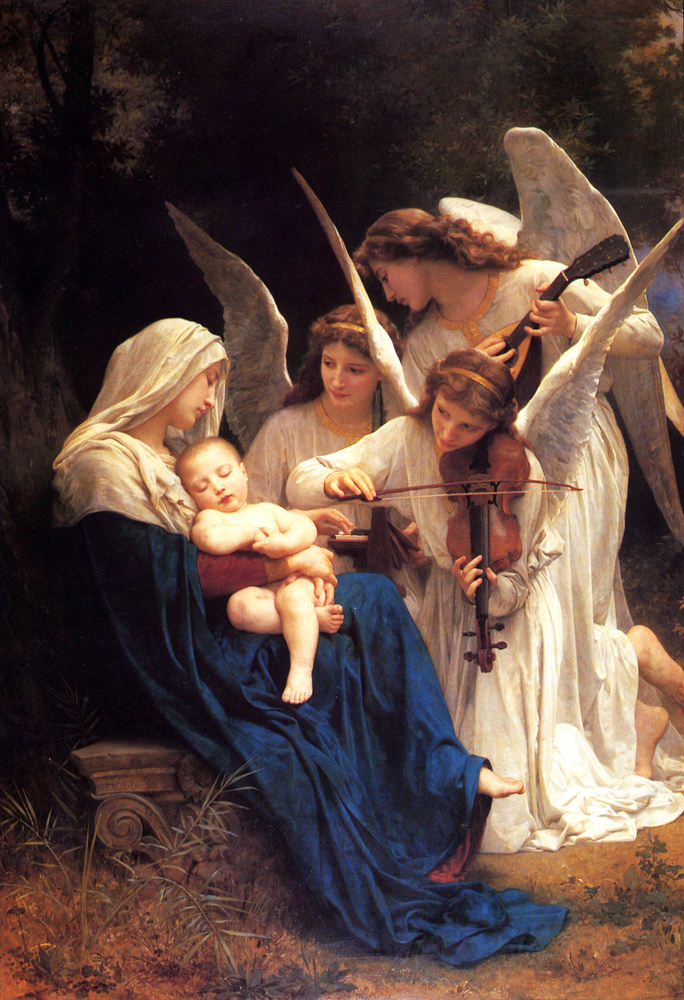 Song of the Angels
by William Bouguereau2 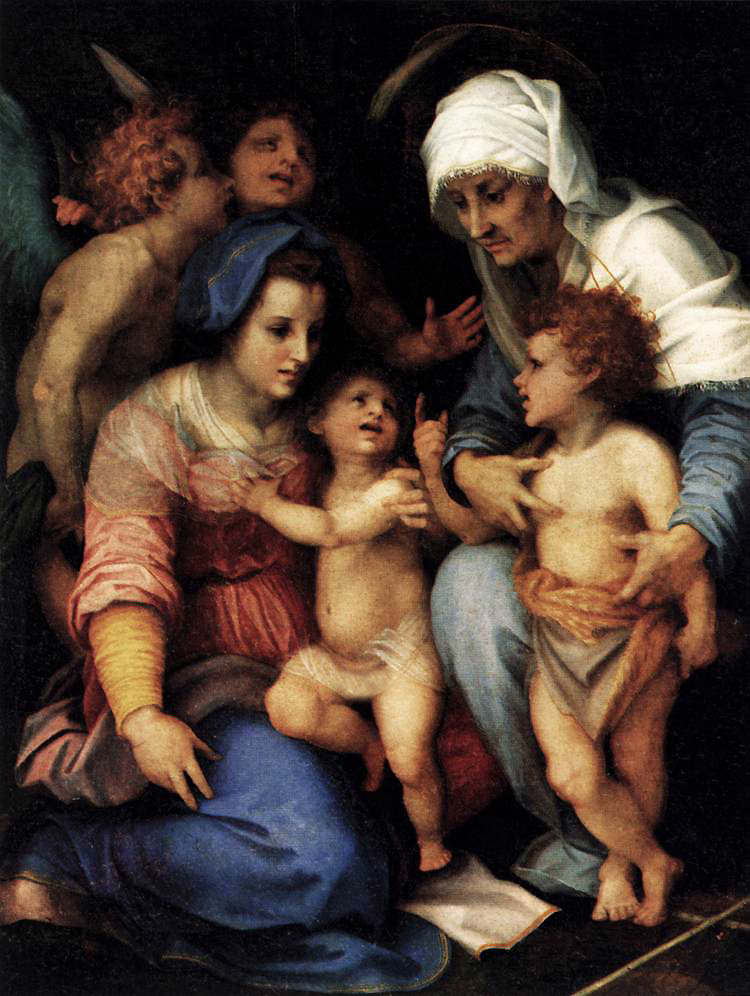 Madonna and Child with St Elisabeth,
the Infant St John,
and Two Angels and John the Baptist (edited)
by Andrea del Sarto3 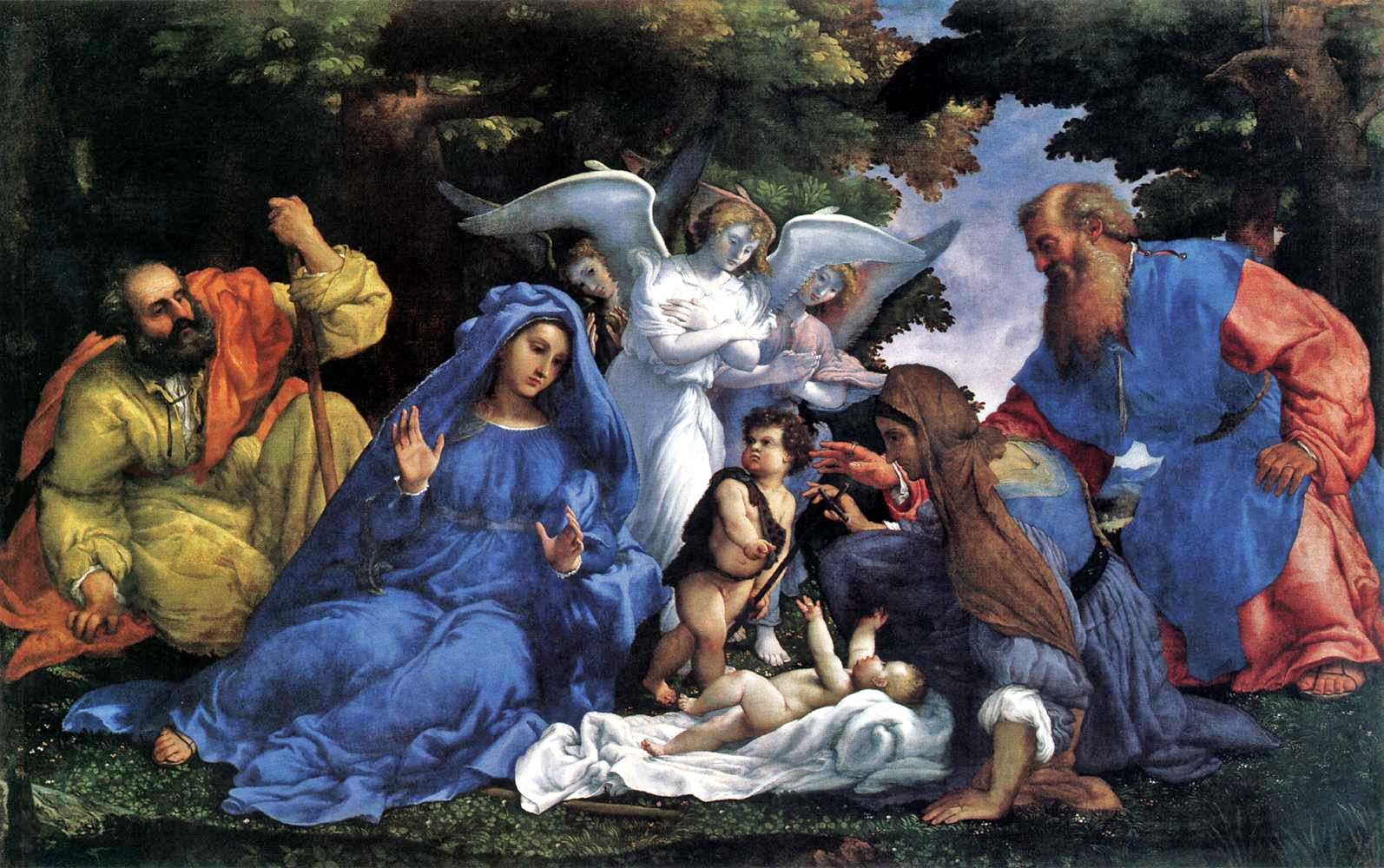 Holy Family with Angels and Saints
by Lorenzo Lotto4