Hebrew: "The One who Prays to God"

Archangel Salaphiel is the patron of prayer. He is even depicted so on icons: with eyes gazing downward, with hands crossed on his chest, with an air of humility and deep inner concentration. He is our primary teacher of prayer. Prayer is considered his special attribute, and Christians will seek his help if their prayer is suffering from distractions, inattentiveness, or coldness. In Catholic Tradition, he is depicted as a thurifer.1

Prayer to the Archangel Salaphiel

O Pure and Holy Archangel St. Salaphiel, you bow before the Almighty Lord offering angelic salutations of praise and thanksgiving. Guide us in our prayer. Like you, we would like to unceasingly pray and worship God the right way. May our lives be like incense pleasing to God. While awaiting for the inevitable time of separation from this material world, may we praise the Holy Trinity in the spirit of true love and humility throughout the days of our life in eternity. Obtain for us these favors and present to God the Father all these petitions through Jesus Christ our Lord together with the Holy Spirit forever and ever. Amen.2 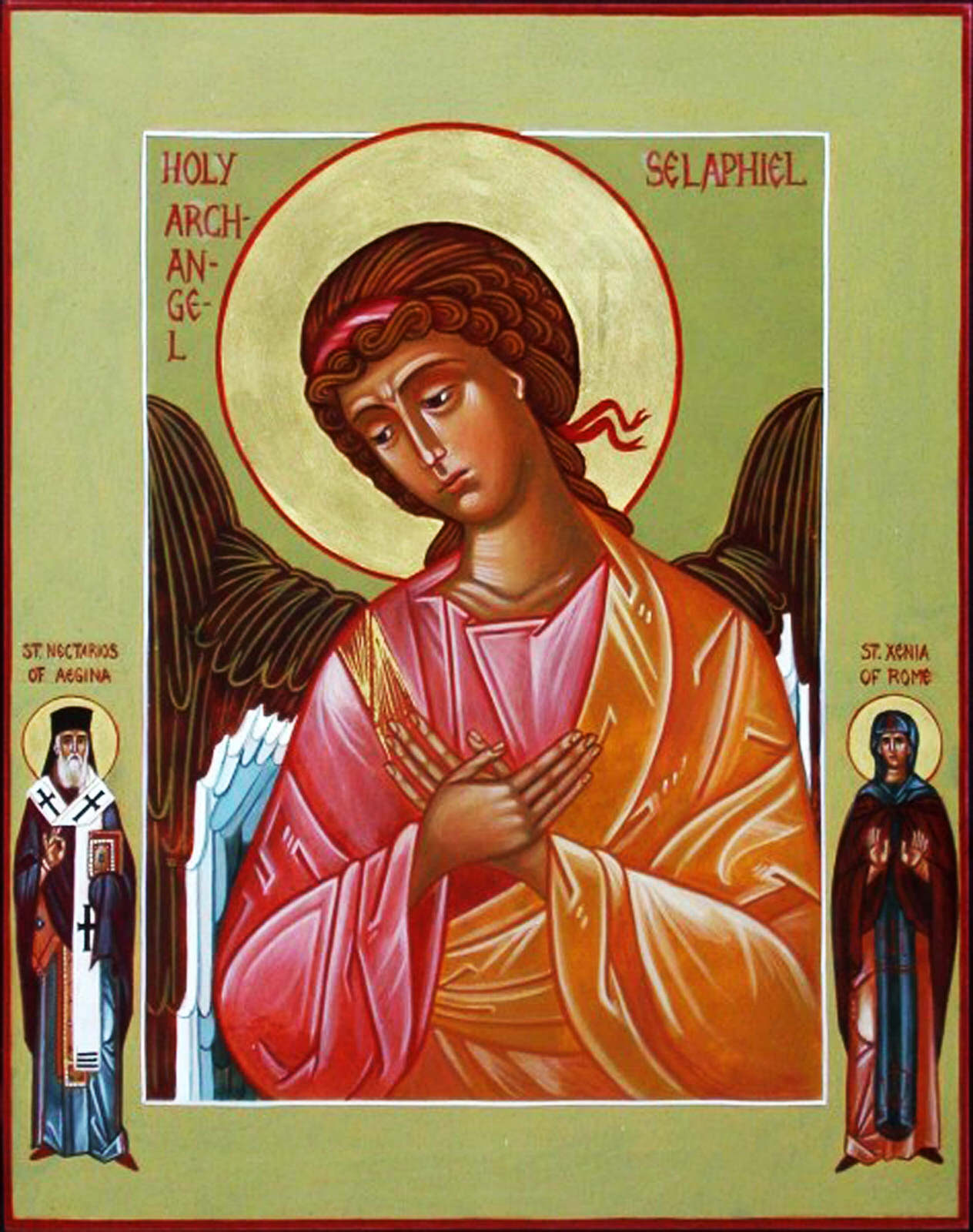