Is America Headed Toward a Civil War?

A new Rasmussen national telephone and online survey found that 31 percent of likely US voters say it’s “likely” that the United States will descend into a second civil war in the next five years. Eleven percent of respondents said that civil war in the near future was “very likely,” while only 29 percent said it was “not at all likely.” 1 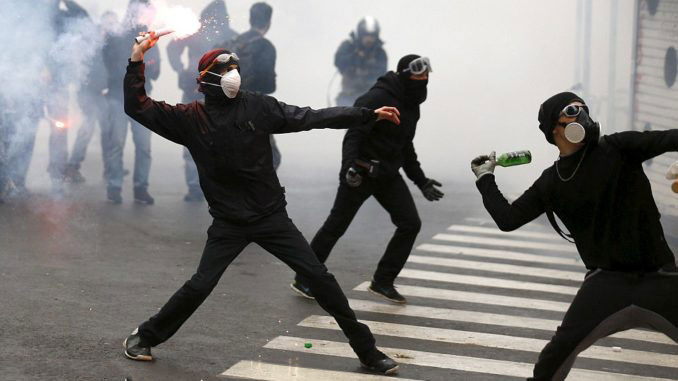 Today, …we are a deeply unhealthy society with a dysfunctional government and for all our money, success and storied history, we seem to be on an increasingly dangerous trajectory.

A Step by Step Guide to a Socialist State

Saul Alinsky, author of "Rules For Radicals" and "How to Create a Social State" , died on on June 12th, 1942, but his many disciples carry on. Alinsky borrowed, refined, and popularized many of the precepts of Vladimir Lenin, a Russian communist revolutionary, politician, and political theorist. After the revolution Lenin ruled Russia with an iron hand of forced labor, slavery, poverty, and brutal terror. Today, Alinsky's disciples are many, including Hilary Clinton who authored her thesis on his teachings, and Barach Obama [and comrades] who wrote about Alinsky in his books.

Alinsky simplified Lenin's techniques and added aggressive tactical strategies to defeat their opponents. [Alinsky's tactics are found on this website under the News / Society / Politics tabs]. Both Lenin and Stalin made use of their converts which they described as "Useful Idiots". "These Useful Idiots have destroyed every nation in which they have seized power and control." "It is difficult to free fools from the chains they revere."

Alinsky taught that eight levels of control must be established in order to foster revolution and create a social state.

Does any of this sound familiar?

Political contempt is the problem

… Marriage counselors say that when a couple views one another with contempt, it’s a top indicator that the relationship is likely to fail. Americans, who used to know how to disagree with one another without being mutually contemptuous, seem to be forgetting this. And the news media, which promote shrieking outrage in pursuit of ratings and page views, are making the problem worse.

What would make things better? It would be nice if people felt social ties that transcend politics. Americans’ lives used to involve a lot more intermediating institutions — churches, fraternal organizations, neighborhoods — that crossed political lines. Those have shrunk and decayed, and in fact, for many people politics seems to have become a substitute for religion or fraternal organizations. If you find your identity in your politics, you’re not going to identify with people who don’t share them.

The rules of civility also helped keep things in check, but of course those rules have been shredded for years…

America had one disastrous civil war, and those who fought it did a surprisingly good job of coming together afterward, realizing how awful it was to have a political divide that set brother against brother. Let us hope that we will not have to learn that lesson again in a similar fashion.4