Only Half of Millennials believe in God with certainty

Youngest Millennials are far less religious than their elders 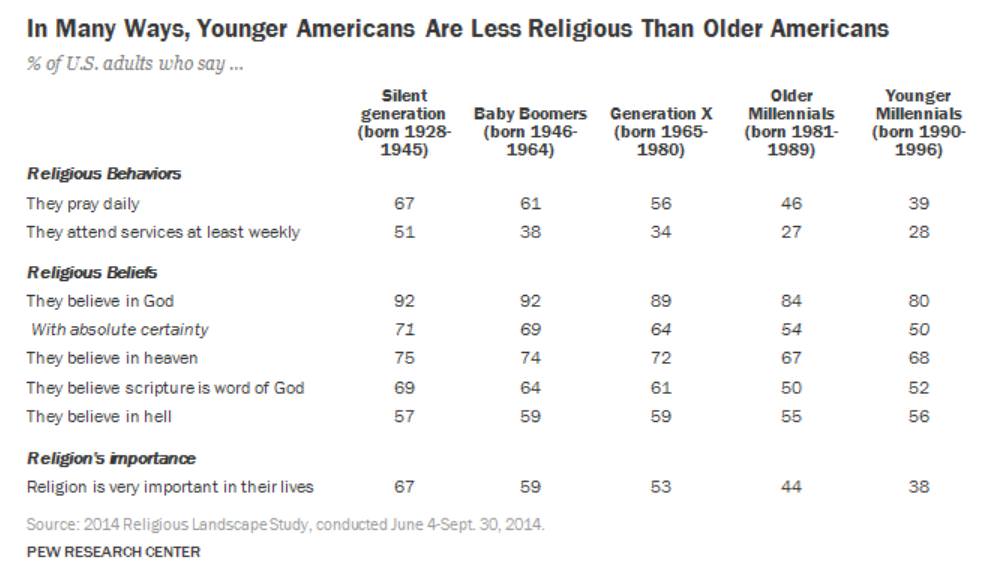 … The second report on the results of the 2014 Religious Landscape Study documented the continued, rapid growth of the religiously unaffiliated population and described the importance of generational replacement in driving the rise of the “nones [those who claim no religious affiliation].” As older cohorts of adults (comprised mainly of self-identified Christians) pass away, they are being replaced by a new cohort of young adults who display far lower levels of attachment to organized religion than their parents’ and grandparents’ generations did when they were the same age.