Their Nightmare Isn't Over 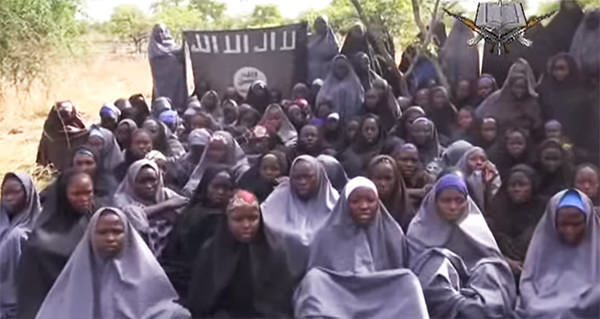 Some of the hundreds of Christian Nigerian schoolgirls who were abducted last year by Boko Haram, Photograph: From Boco-Haram Video2

MAIDUGURI, Nigeria — For months, they were kept in tiny thatched huts in the middle of the forest, waiting with dread each evening for their rapists to return. During the almost intolerable violence, the young women’s minds drifted to escape or death. The victims were as young as 8.

At the heart of Boko Haram’s self-proclaimed caliphate in northeastern Nigeria was a savage campaign of rape and sexual slavery that has only recently been uncovered. Thousands of girls and women were held against their will, subject to forced marriages and relentless indoctrination. Those who resisted were often shot.

Now, many of the women are suddenly free — rescued in a series of Nigerian military operations over the past year that dislodged the extremist Islamist group from most of the territory it controlled. But there have been few joyous family reunions for the victims. 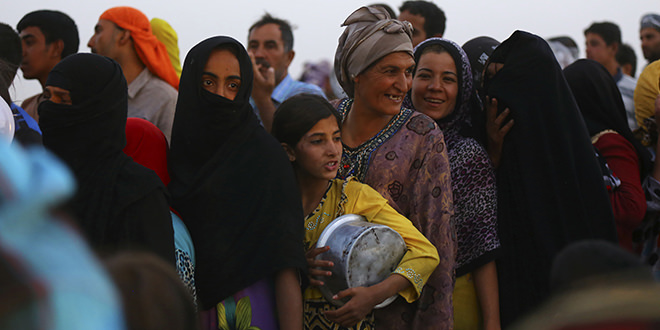 Changing lives: Iraqi refugees line up to receive food inside the Khazer camp on the outskirts of Erbil, Iraq, on June 29. A new Catholic university will be set up in the city with help from Australian Catholic Univeristy and the Australian Catholic Bishops Conference. Photo: CNS1

A new Catholic university has opened in Erbil, an Iraqi city of 1.5 million that is capital of the autonomous region of Kurdistan. Chaldean Catholic Archbishop Bashar Warda said in July that the university, which will welcome 250 students per year, is “a way of fighting back against Daesh [the Islamic State] and saying we [Christians] are not going to go away.” Joining Archbishop Warda at the university’s December 8 opening was Bishop Nunzio Galantino, secretary-general of the Italian Episcopal Conference, which has donated $2.5 million to the project.1

By the grace of God, 40 Days for Life has achieved a stunning track record of life-saving results since launching in 2007 and rapidly becoming a worldwide movement

Pope Laments A World Where Homelessness And Hunger Is Not News

The world was going through not just an economic crisis but a crisis of values. This is happening today. If investments in banks fall, it is a tragedy and people say 'what are we going to do?' but if people die of hunger, have nothing to eat or suffer from poor health, that's nothing. This is our crisis today. - Pope Francis4

Money and status don't make you happy – selflessness does.

“This is called ‘serving,’ this is the joy of the Church: going out to others, always; going out to others and giving life. This is what Paul did: serving.” He added that St. Paul “gave himself completely to service, always.” He credited the apostle’s boldness to his boasting only of Jesus Christ. - Pope Francis5