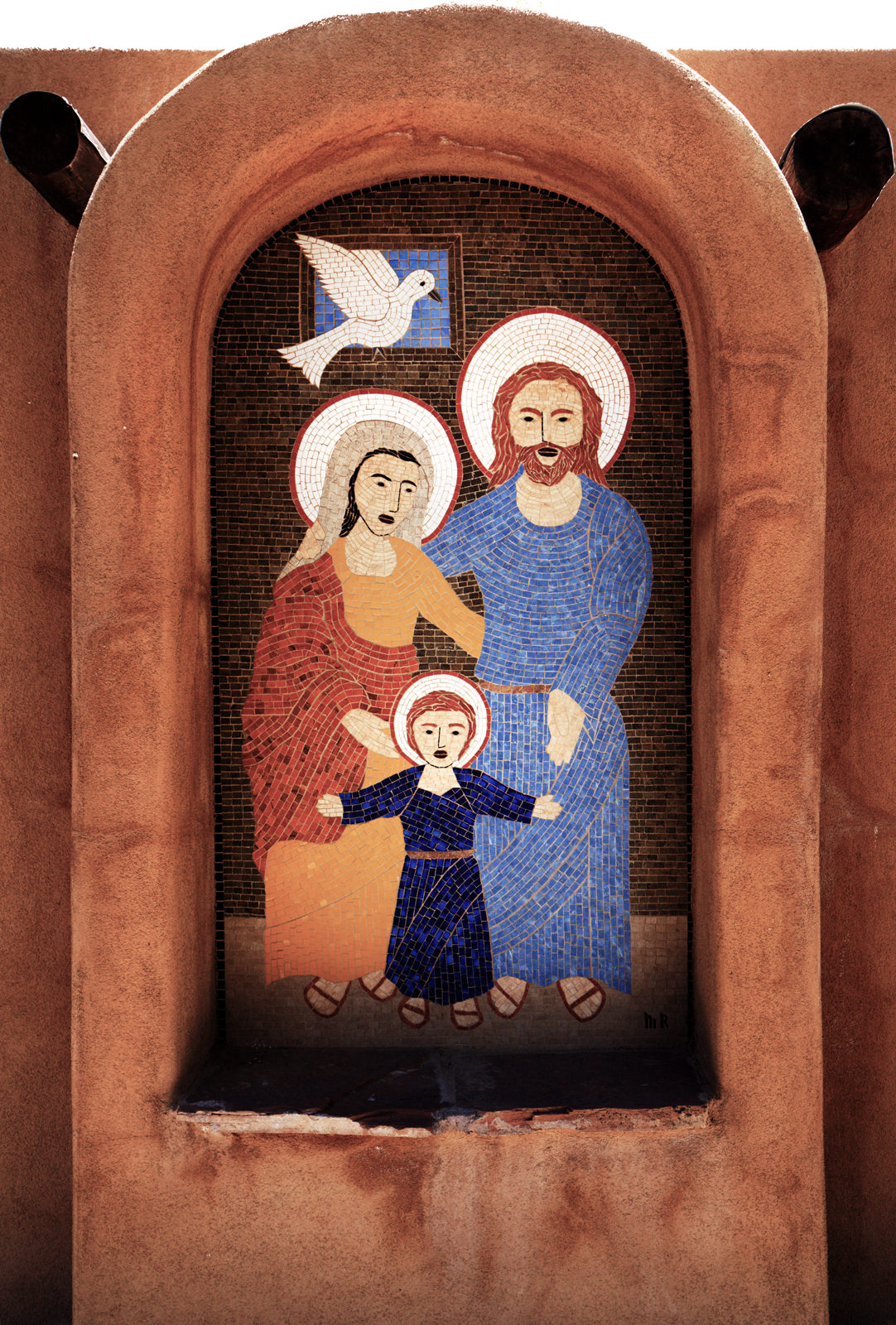 Icon of the Holy Family
Photograph by: Wayland Moncrief 1

The site is maintained by
The Sons of the Holy Family

There is no written testimony concerning an apparition of Our Lord in the Chimayo area. What we have are two accounts passed from one generation to another by the people of El Potrero. 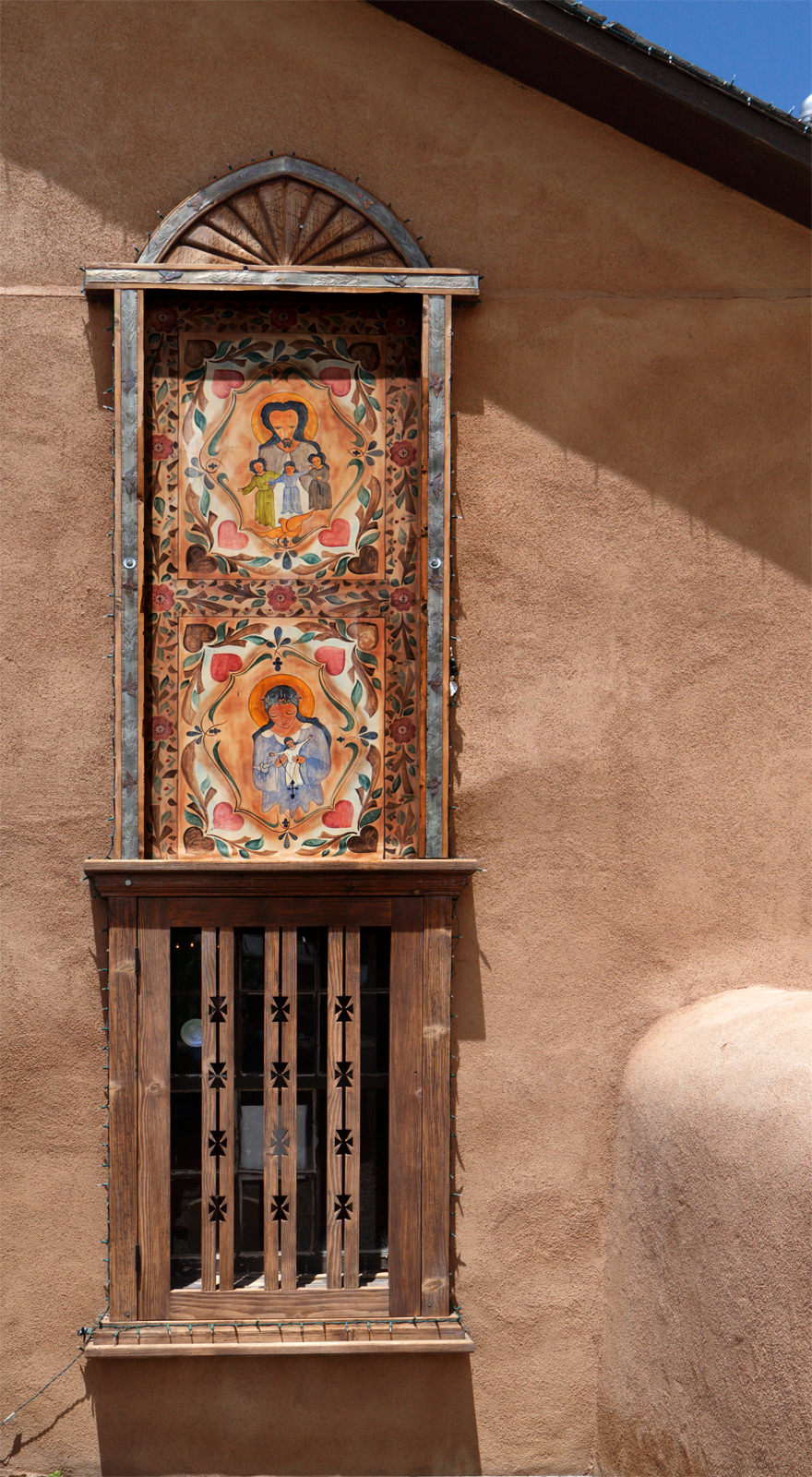 The Santa Cruz church was packed with worshipers after the procession of "El Santo Entierro" (Holy Burial). Upon hearing the extraordinary news, the priest and people set out for Chimayo. When they arrived at the place where the Crucifix was, Fr. Sebastian picked it up and carried it in a joyful procession back to the parish church. Once in the church, the Crucifix was placed in the niche of the main altar. The next morning, the Crucifix was gone, only to be found in its original location. 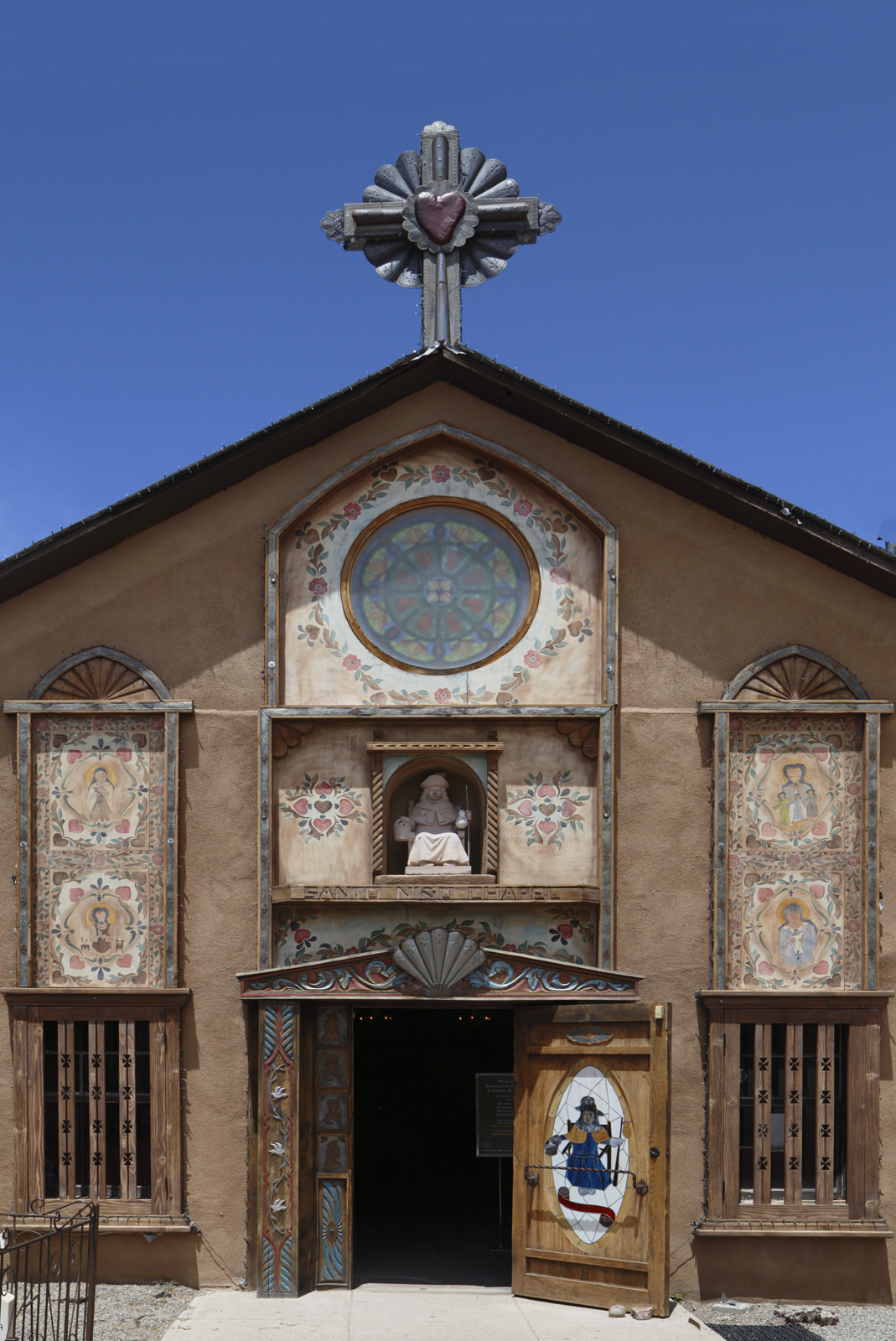 There is another tradition concerning the origin of the Esquipulas devotion. Documents in the archives of the Diocese of Durango, Mexico, state that a Guatemalan priest came with the first settlers to Chimayo. He preached to the Indians in surrounding pueblos and carried with him a rather large crucifix. He was eventually killed by the Indians and the settlers buried him at El Potrero. 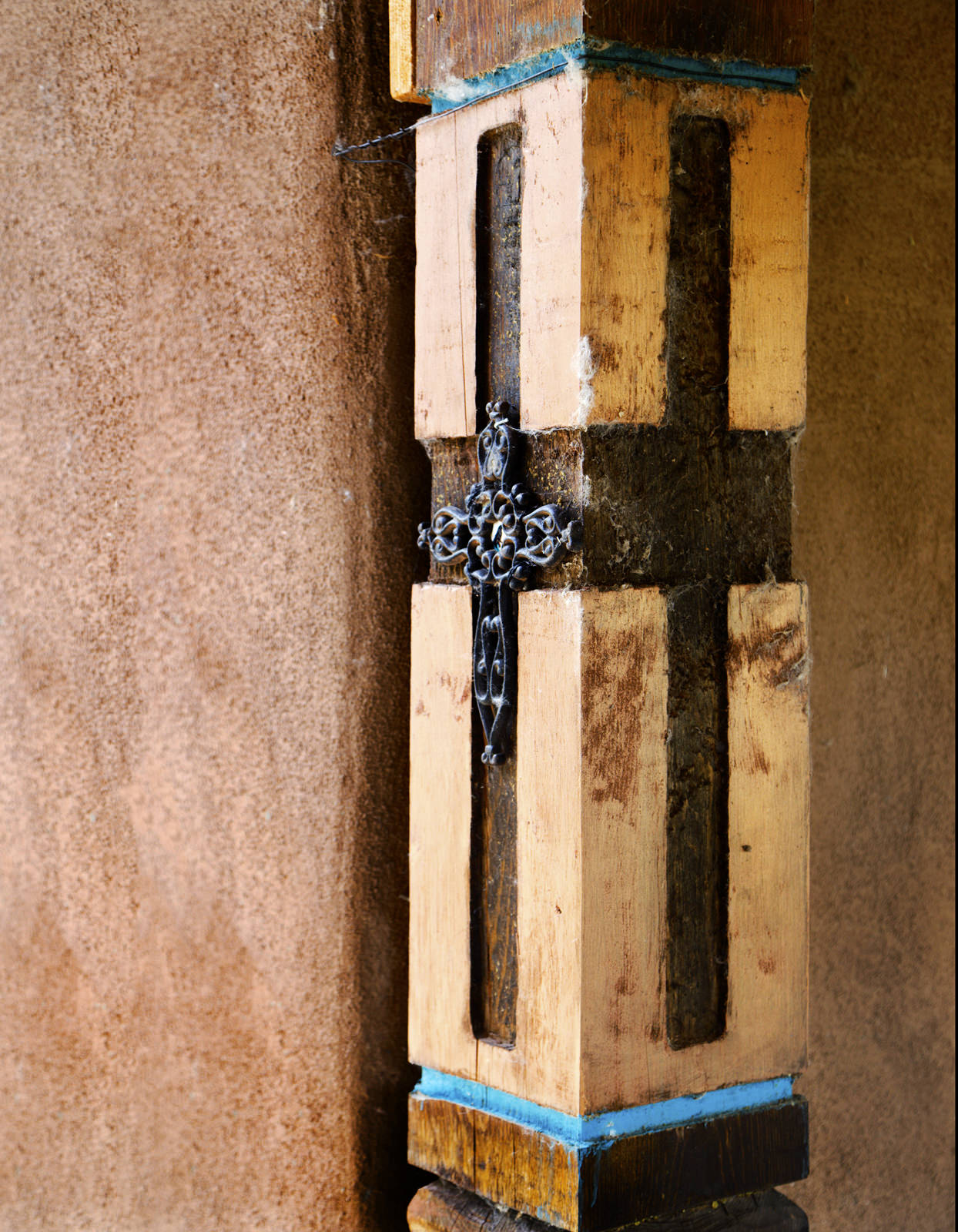 After several years of continuous devotion to Our Lord of Esquipulas, Don Bernardo Abeyta, representing the will of the nineteen families living in El Potrero at that time, wrote a letter to Fr. Sebastian Alvarez, dated November 15, 1813. Abeyta requested from Fr. Sebastian the grace to make known to La Sagrada Mitra (the Bishop), the desire of the people of El Potrero to have a church built where they could give glory to the Lord under the advocation of Esquipulas and to have Mass there.

On February 8, 1814, Francisco Fernandez Valentino, Vicar General of the Diocese of Durango, Mexico, granted the necessary faculties for the construction of the Church, known as "El Santuario". 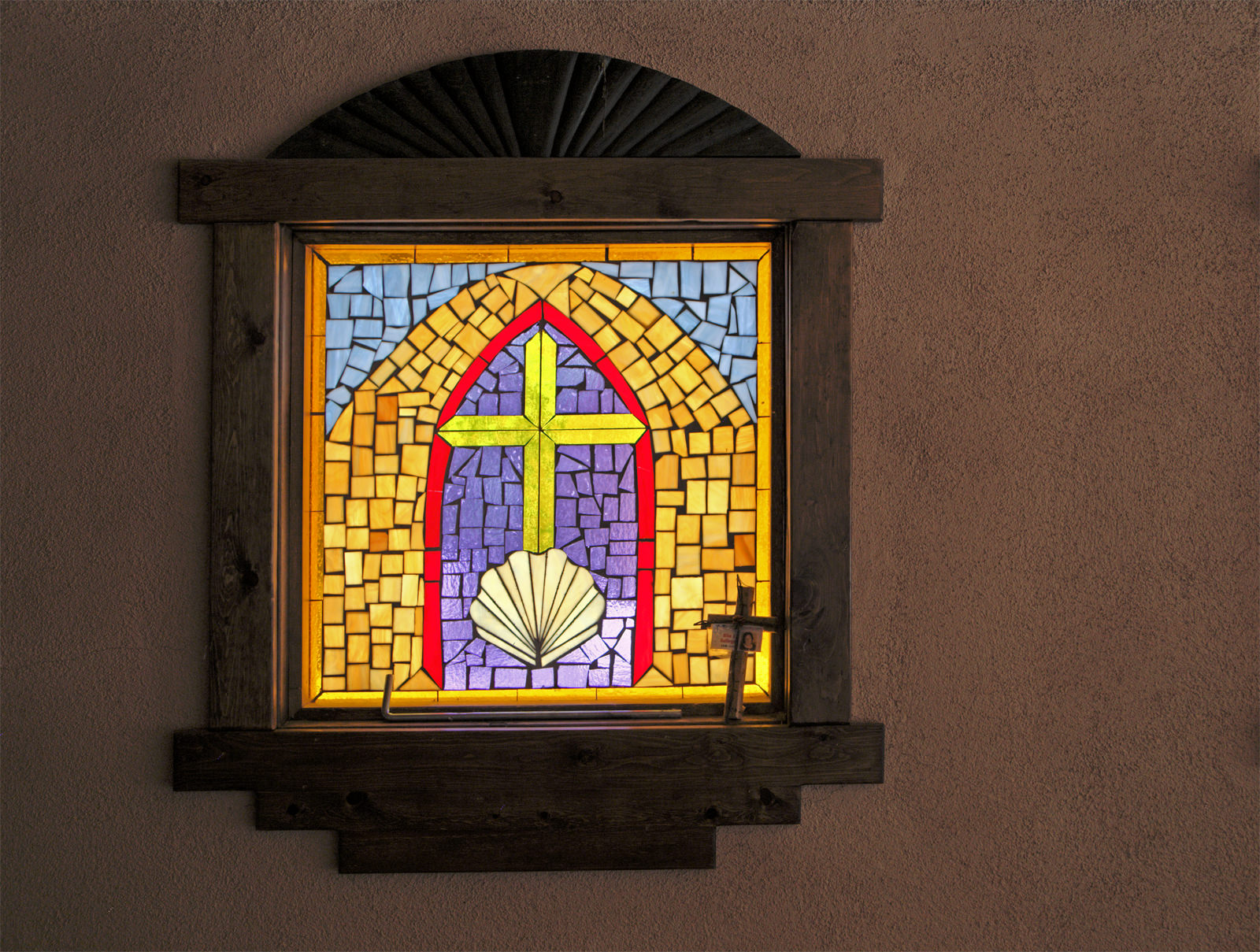 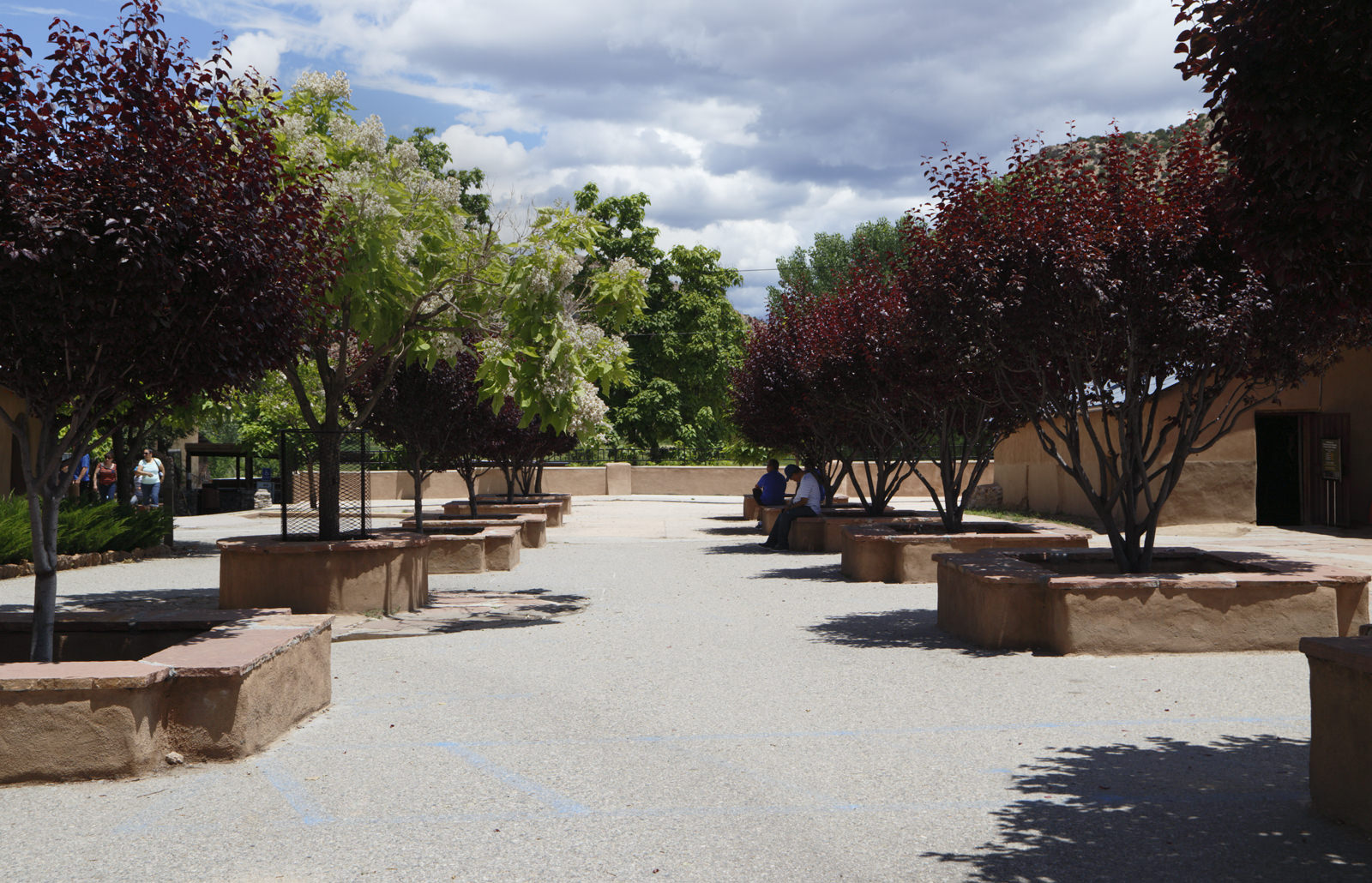 El Santuario de Chimayo is now known (at least locally) as the "Lourdes of America." 2 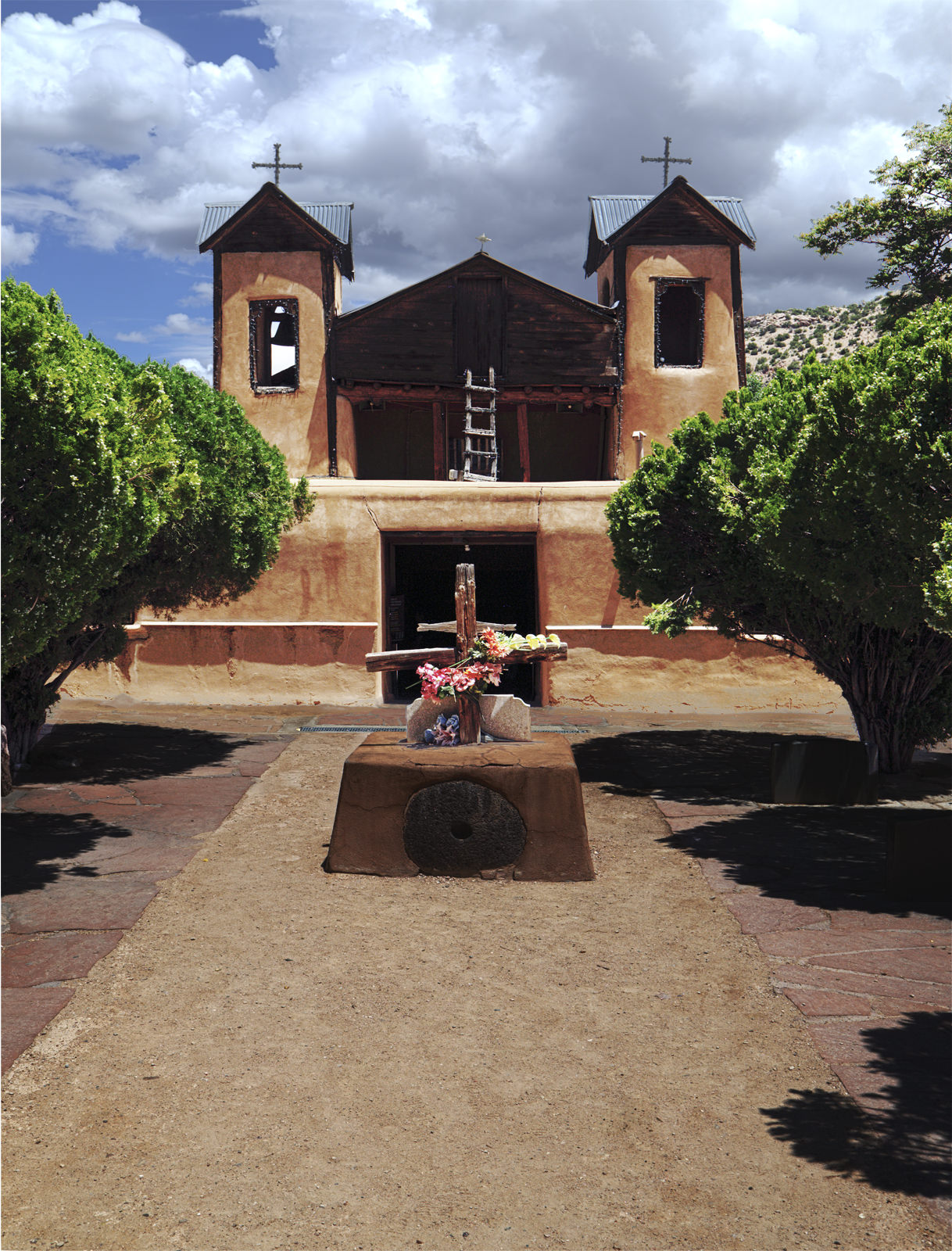 One tradition recalls that during Holy Week on the night of Good Friday, Don Bernardo Abeyta, who was a member in good standing of the Hermandad de Nuestro Padre Jesus el Nazareno (Penitentes), was performing the customary penances of the Society around the hills of El Potrero. Suddenly, he saw a light springing from one of the slopes of the hills near the Santa Cruz river. Don Bernardo went to the spot and noticed that the shining light was coming from the ground. He started to dig with his bare hands and there found a crucifix. He left it there and called the neighbors to come and venerate the precious finding. A group of men was sent to Santa Cruz to notify the priest, Fr. Sebastian Alvarez. 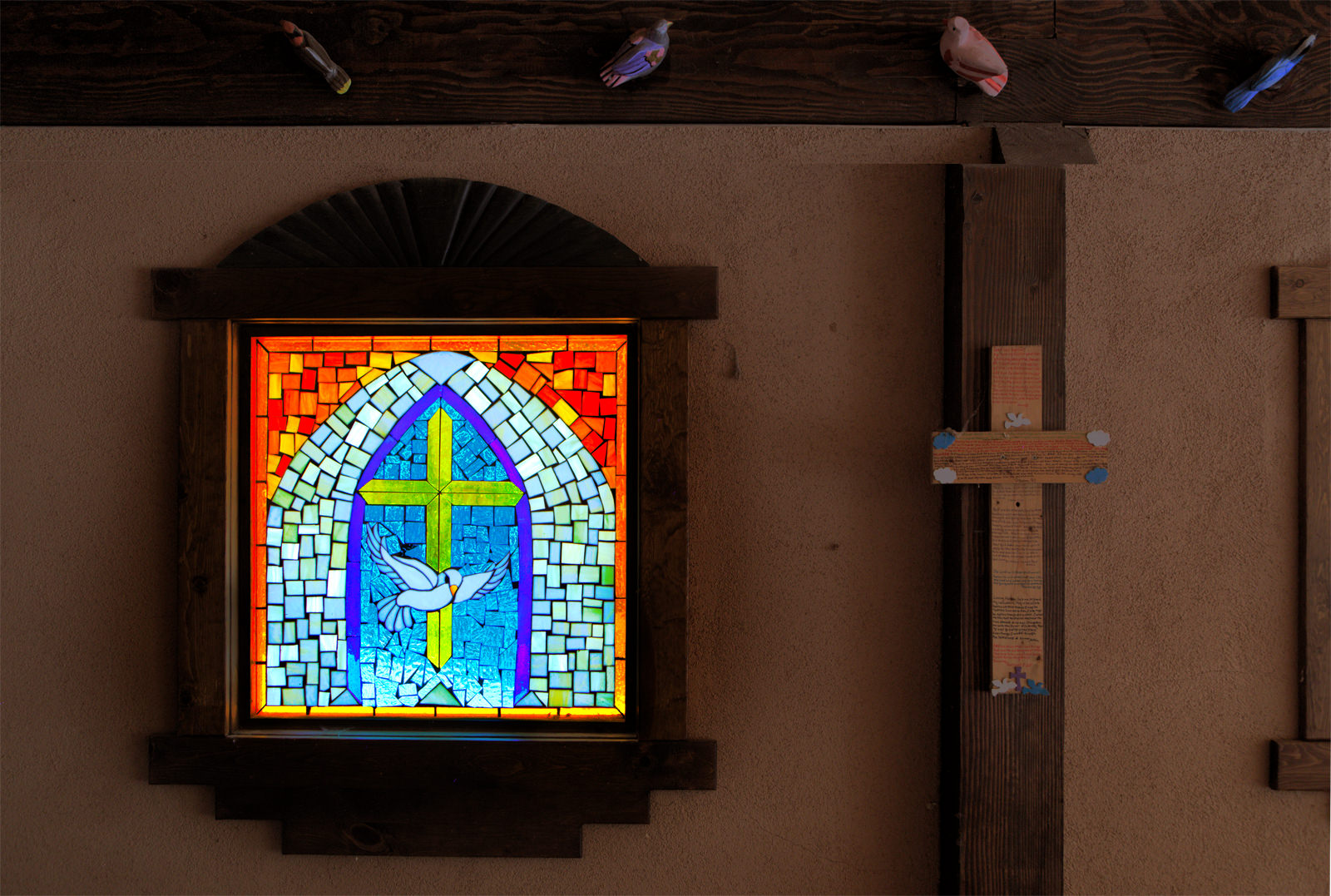 A second procession was organized and the Crucifix was returned to Santa Cruz, but once again disappeared. The same thing happened a third time. By then, everybody understood that El Señor de Esquipulas wanted to remain in Chimayo, and so, a small chapel was built. This chapel is probably the one referred to by Fr. Sebastian Alvarez, which contains the hole with dirt, called "el pocito" (the little well). 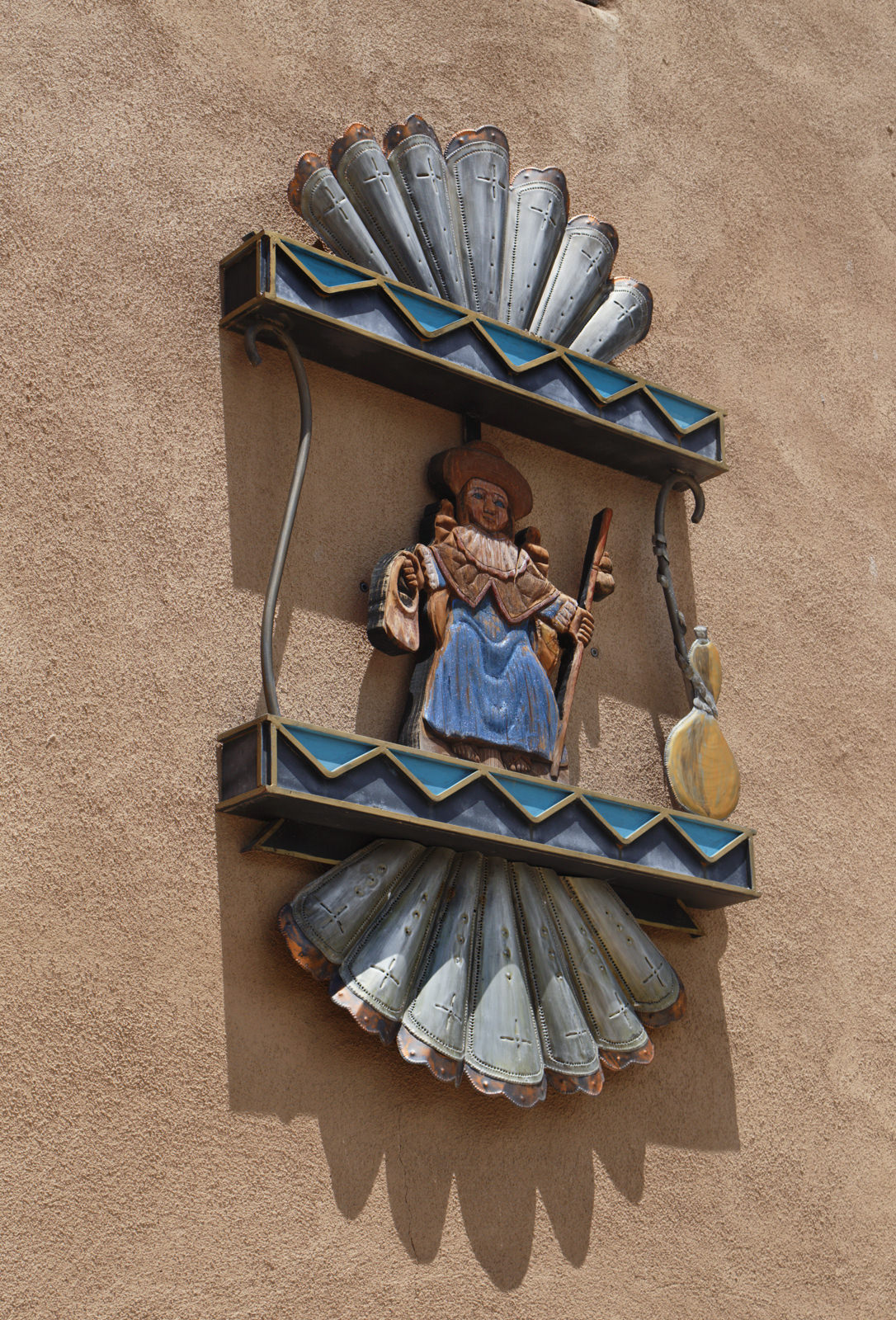 In 1810 the Santa Cruz river flooded and both the crucifix and the body of the martyred priest were uncovered by the water. Some older people who had known the priest while alive shouted; "Miren, el Padre Esquipulas" ("Look, the Father from Esquipulas"), and so the crucifix came to be called Our Lord of Esquipulas, named after the village where the priest came from. This same spot where the Crucifix and the body of the priest were found was considered a sacred place by the Tewa Indians long before the Guatemalans and the Spaniards came to Chimayo. 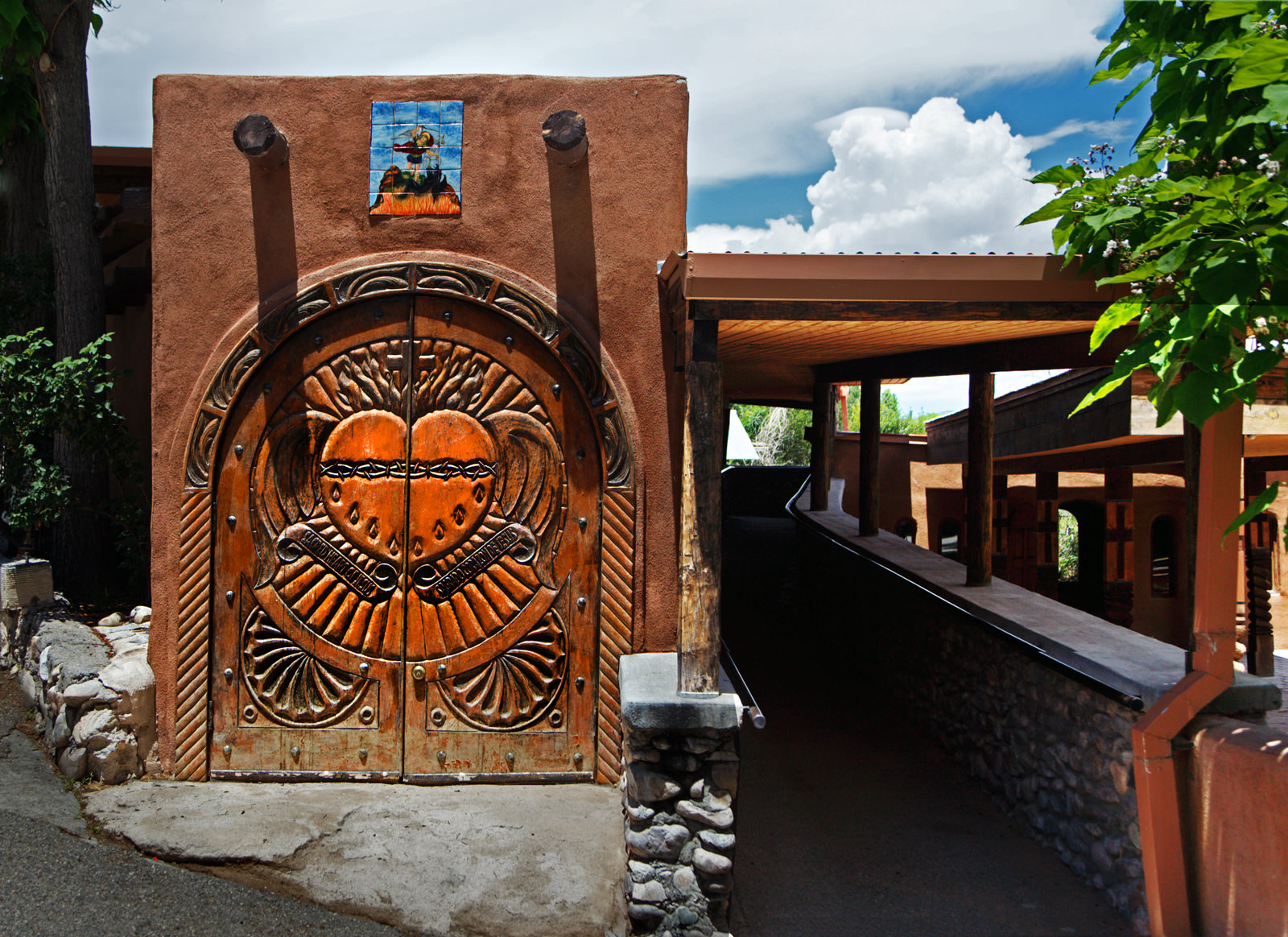 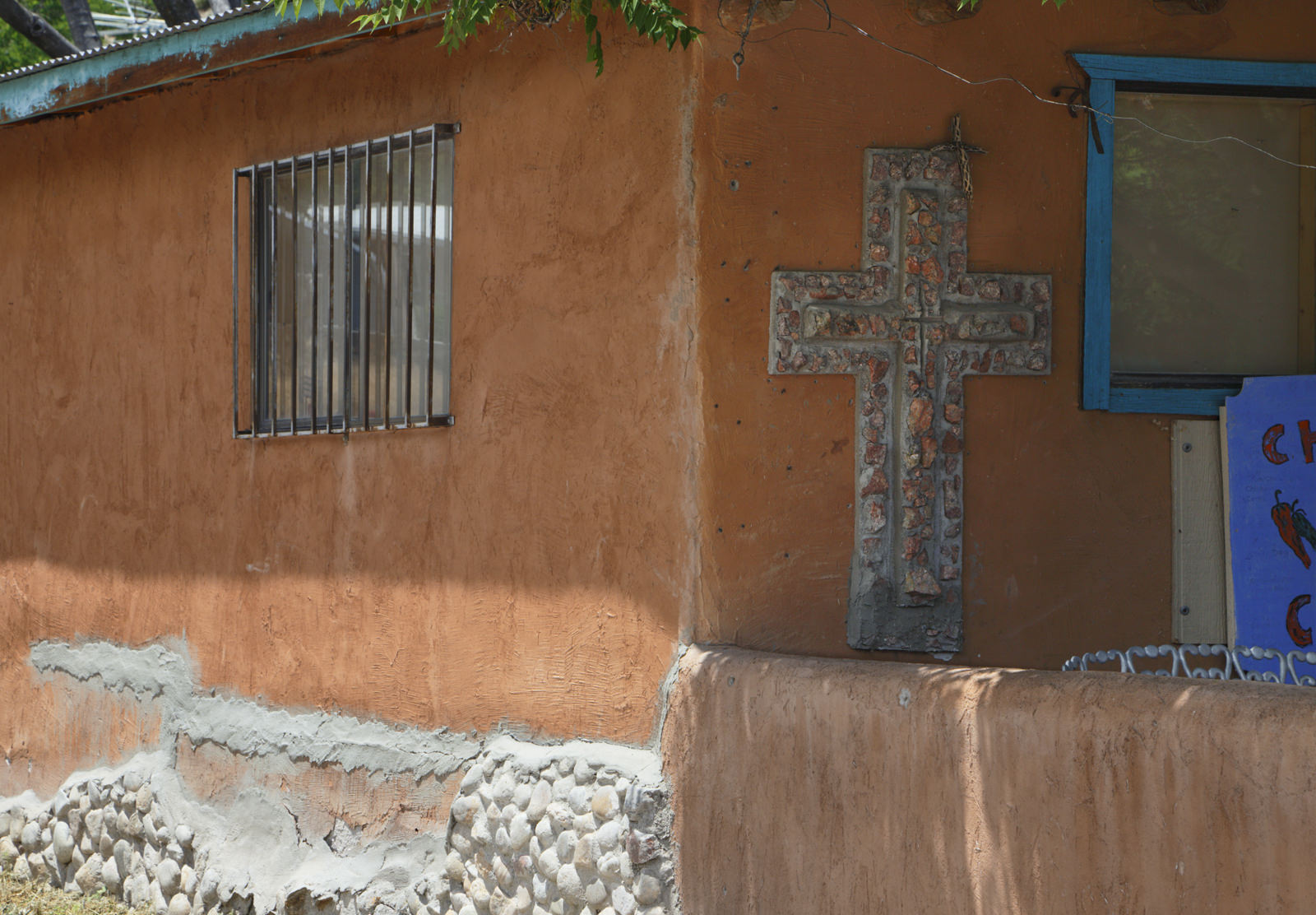 El Santuario was a privately owned chapel until the year 1929. At that time, several people from Santa Fe bought it from the Chavez family and turned it over to the Archdiocese of Santa Fe. El Santuario was then assigned to Santa Cruz as one of its missions, under the care of the priests of the Congregation of Sons of the Holy Family.1 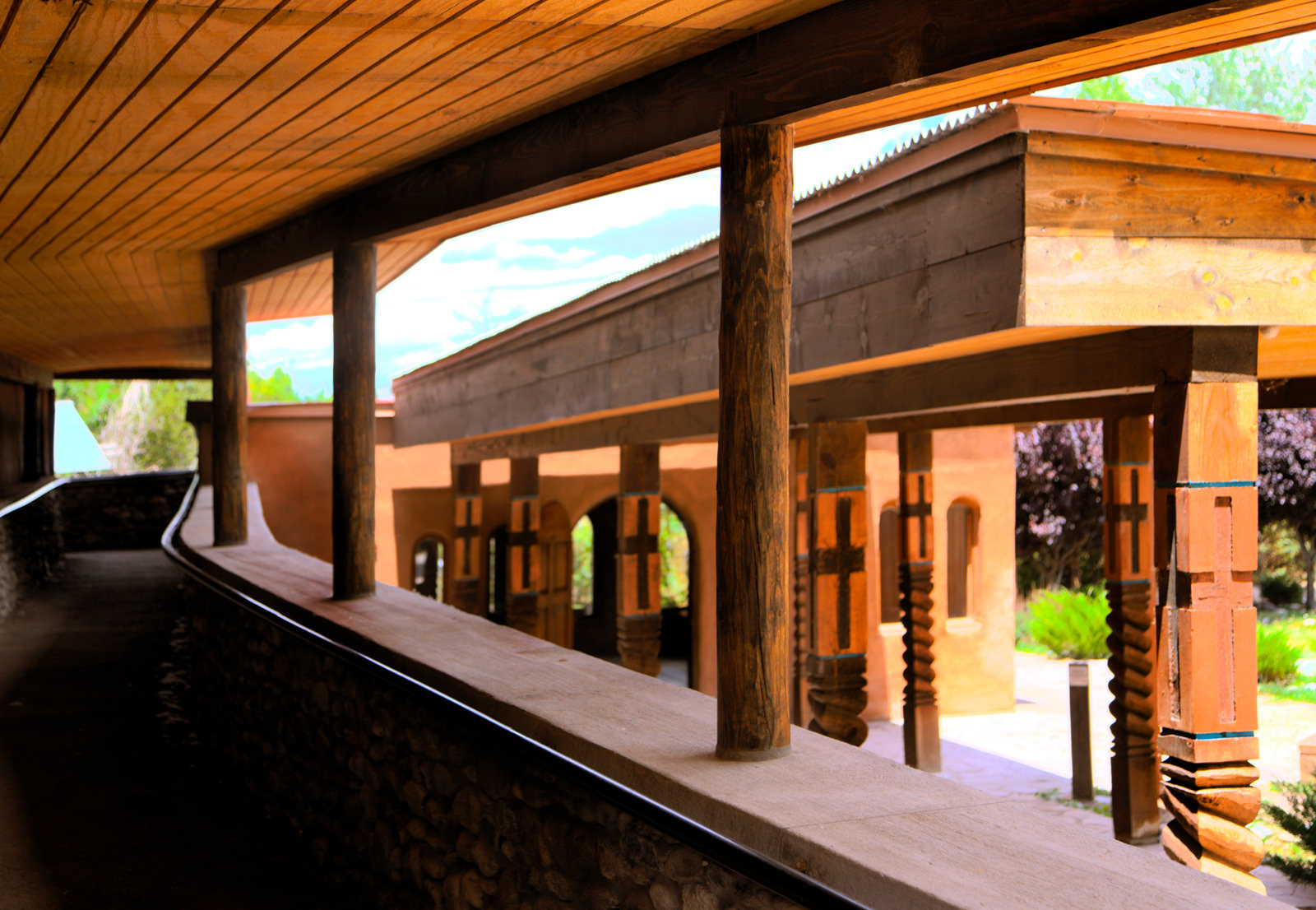