The Church on the Island

According to a legend which stayed with the people, the temple of the ancient Slavic goddess Živa, once stood in the place of the present Baroque church. The temple disappeared during battles between the followers of the pagan religion and Christians, who destroyed the altar and built a church. 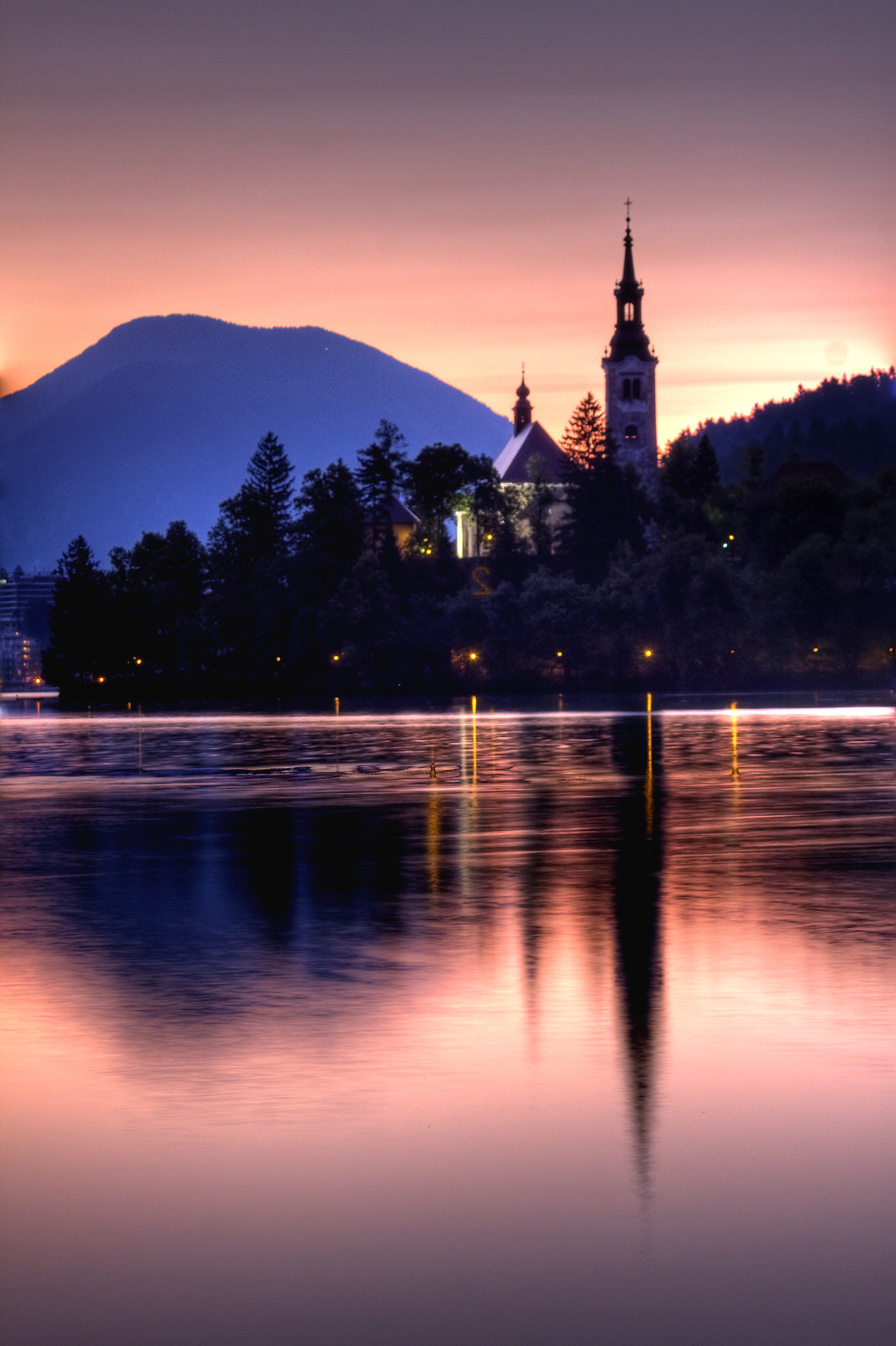 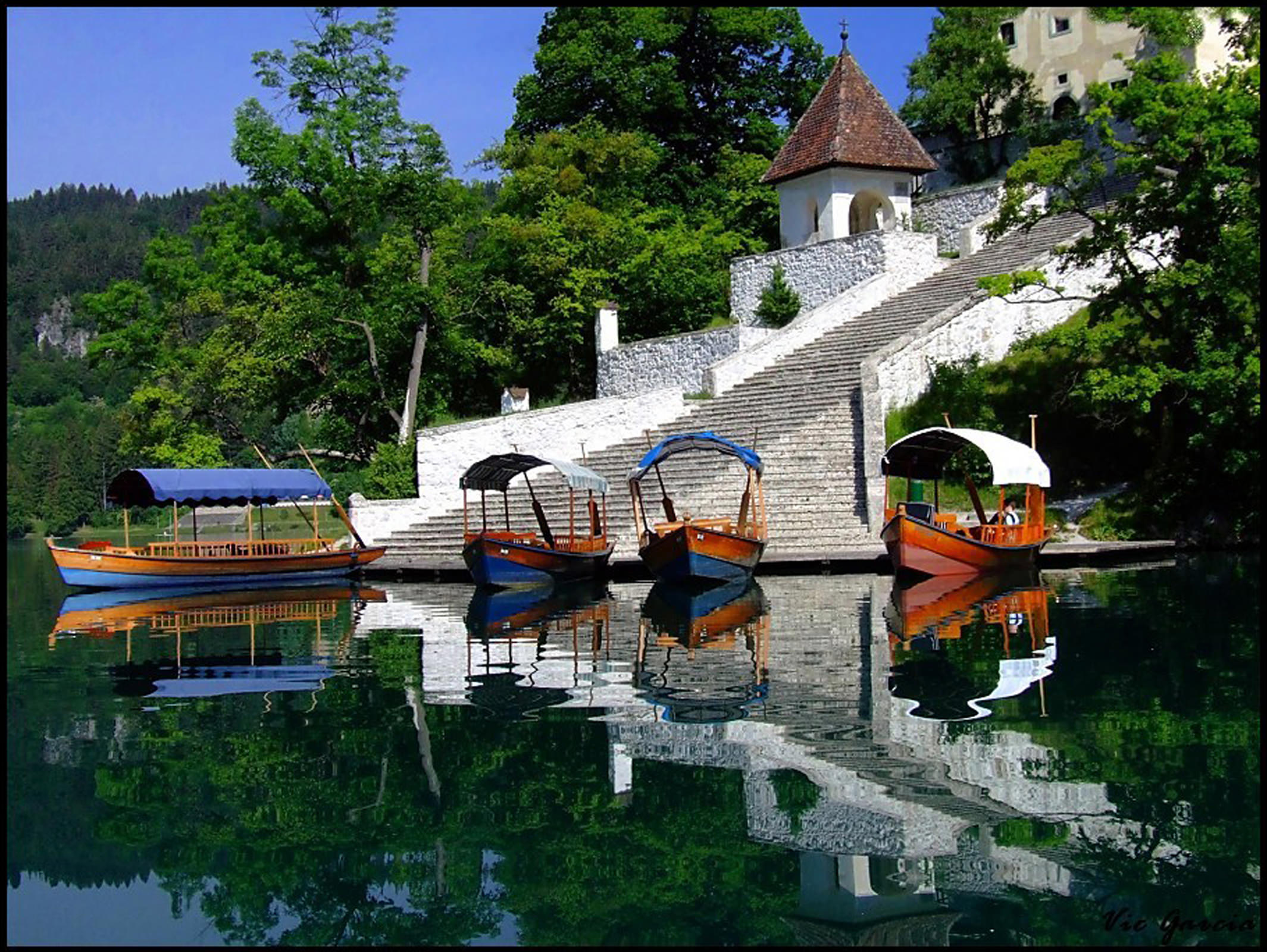 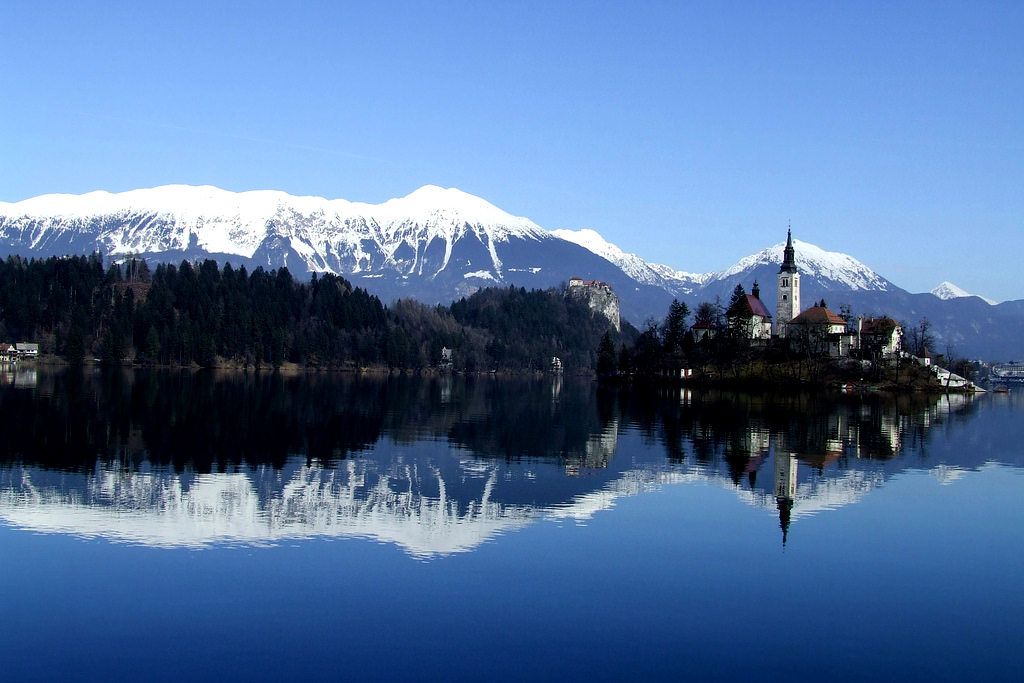 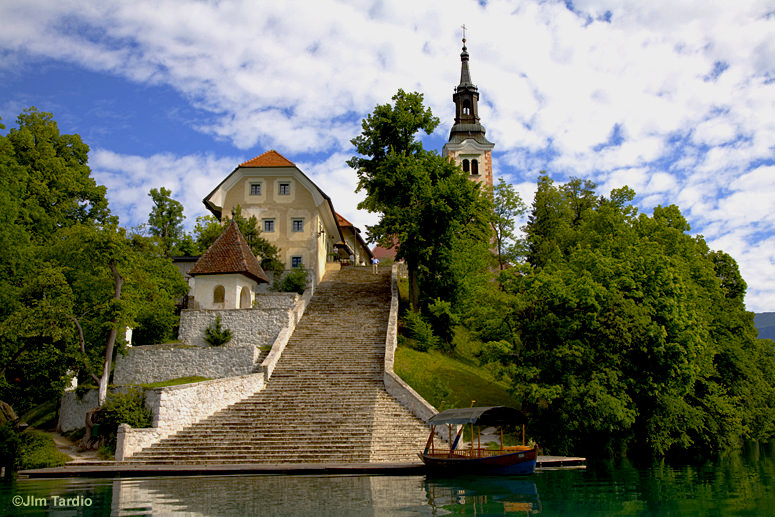 Stairs of the Assumption of Mary Catholic Church
The legend is that newly married grooms must carry their wives up these 99 stairs, without resting, to ensure a successful marriage. Photograph by Jim Tardio5 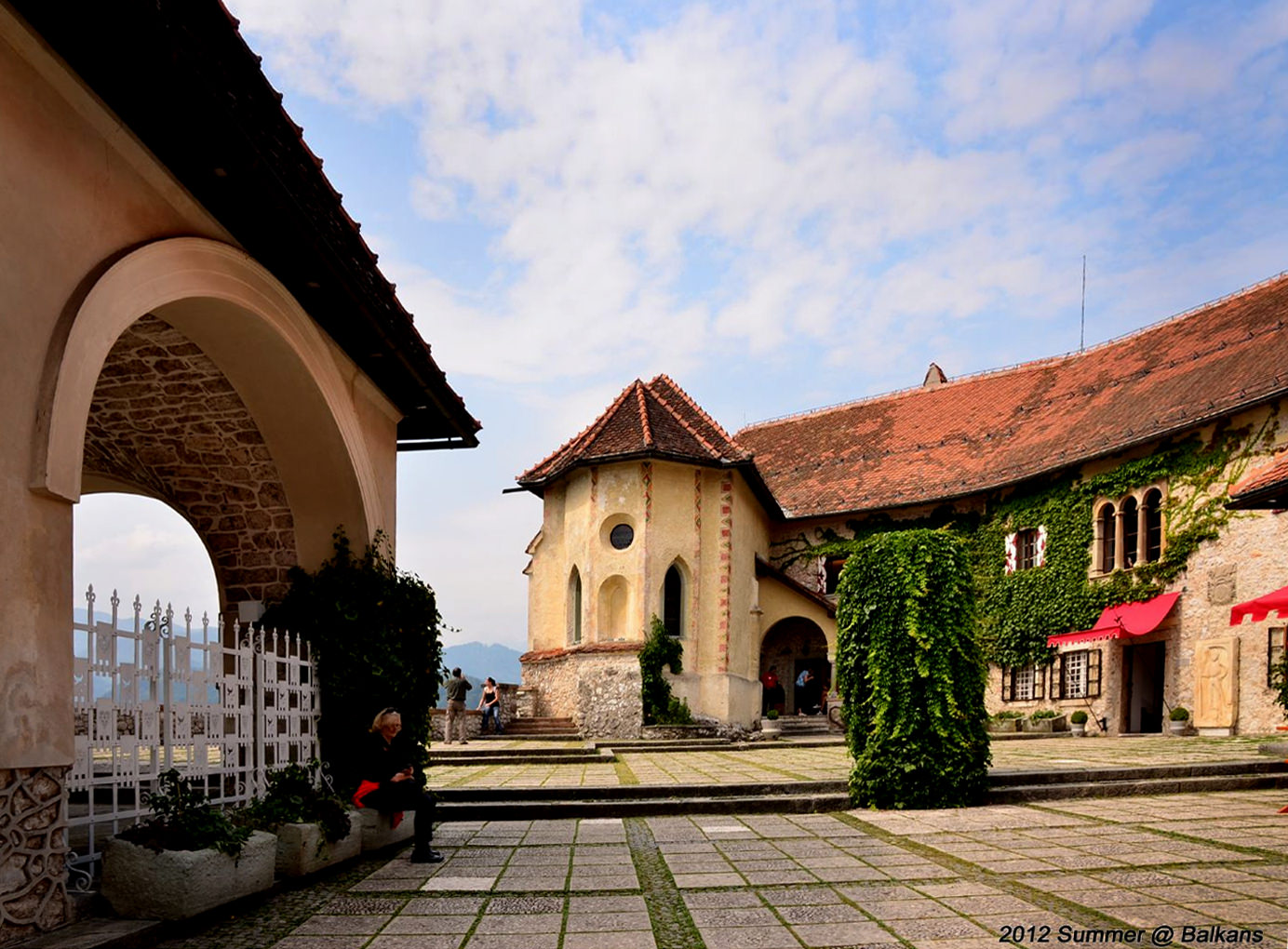 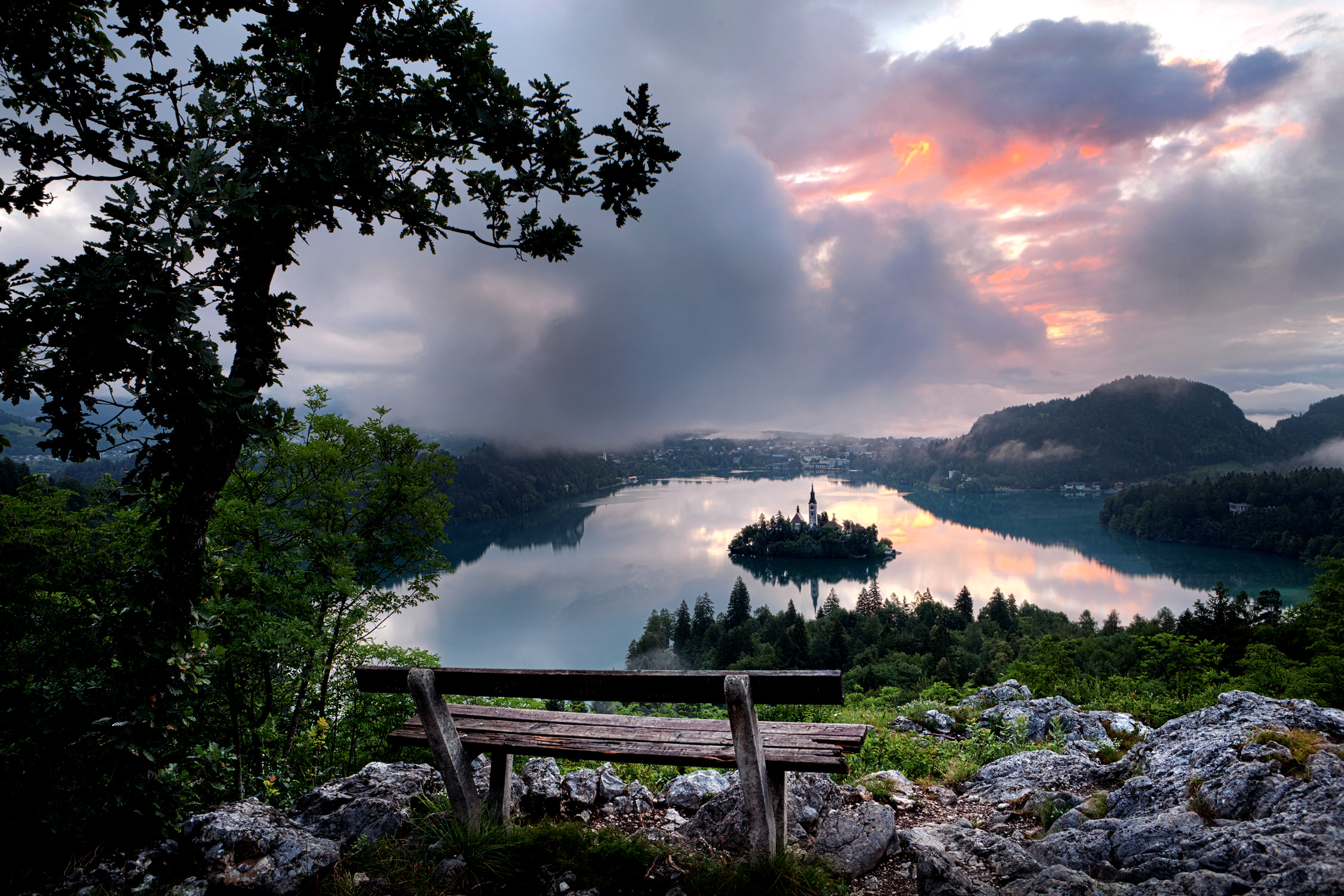 Assumption of Mary Catholic Church
Photograph courtesy of About Bled7 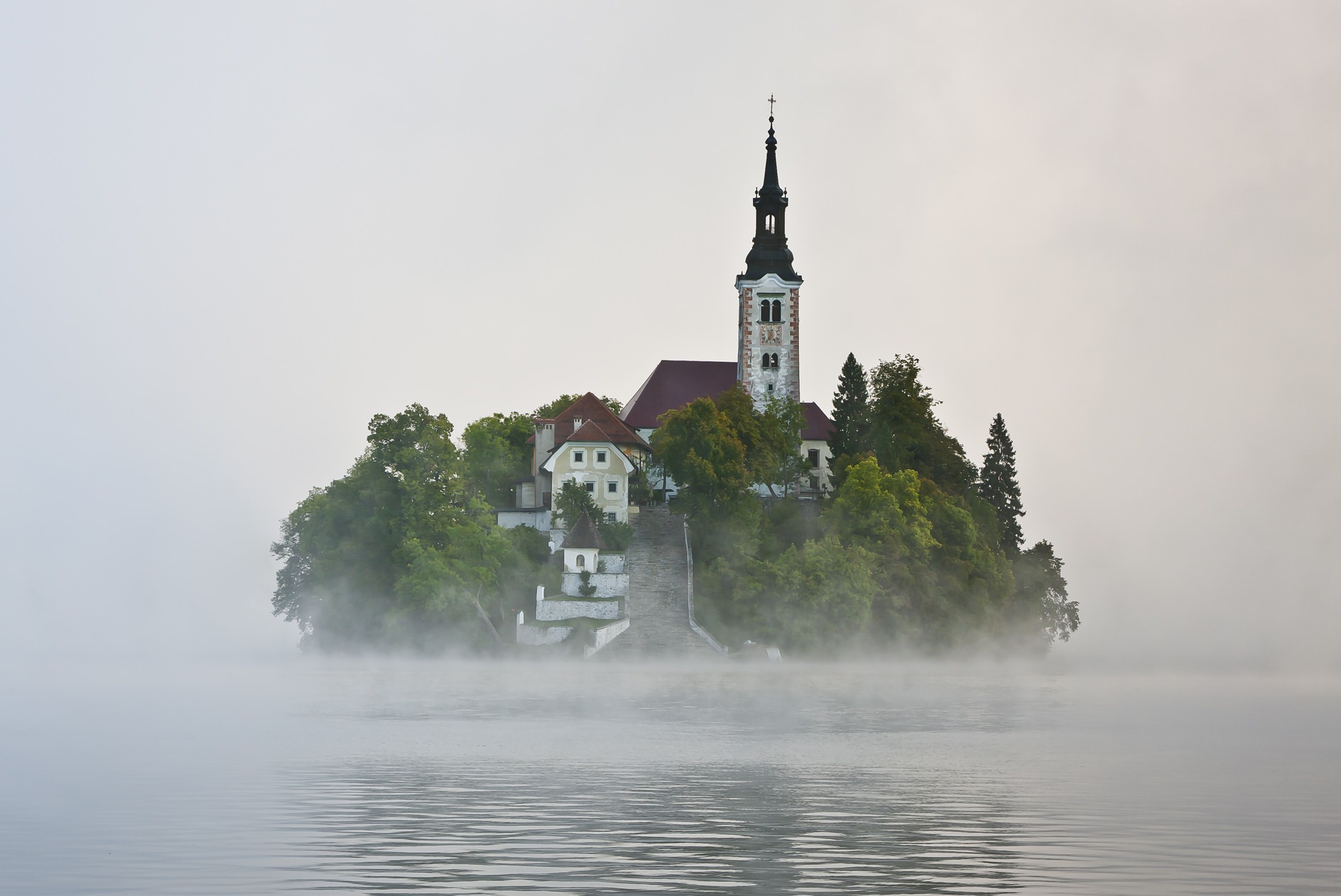 Assumption of Mary Catholic Church
Photograph courtesy of About Bled8

The present form of the church dates from the 17th century when it was renovated after another earthquake. The main altar with its rich gold-plated carving, dates from 1747. On the central altarpiece the Virgin Mary is shown seated, with the donor of the Bled estate, Henry II, and his wife Kunigunda at her side. The side altars, consecrated to St. Sebastian, St. Magdalena and St. Anna, were made at the end of the 17th century. 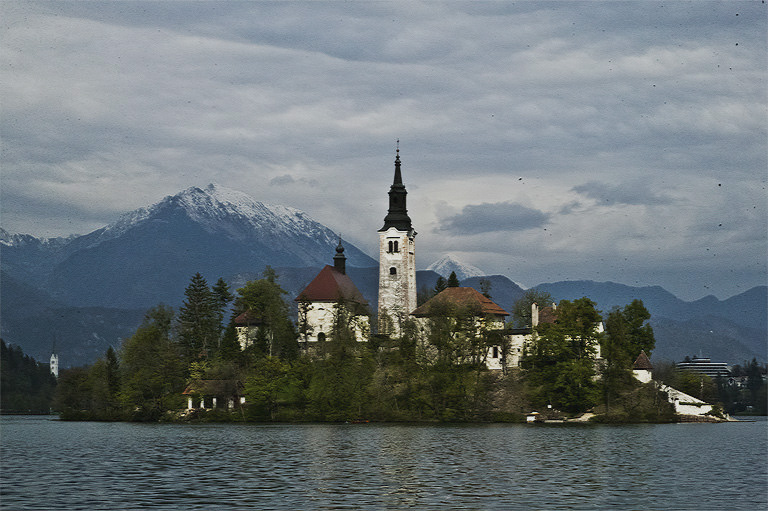 Of special interest is the "wishing bell" from 1534 in the upper roof beam above the church nave, by F. Patavina from Padova. According to the legend, a young widow Poliksena once lived at the Bled Castle, who had a bell casted for the chapel on the island in memory of her husband. During the transport of the bell, a terrible storm struck the boat and sank it together with the crew and the bell, which to this day is said to ring from the depths of the lake. After the widow died, the Pope consecrated a new bell and sent it to the Bled Island. It is said that whoever rings this bell and thereby gives honour to Virgin Mary gets his wish come true.1

According to written sources, the first masonry church on the island, a three-nave Romanesque basilica, was consecrated by the Aquilean patriarch Pellegrino in 1142. 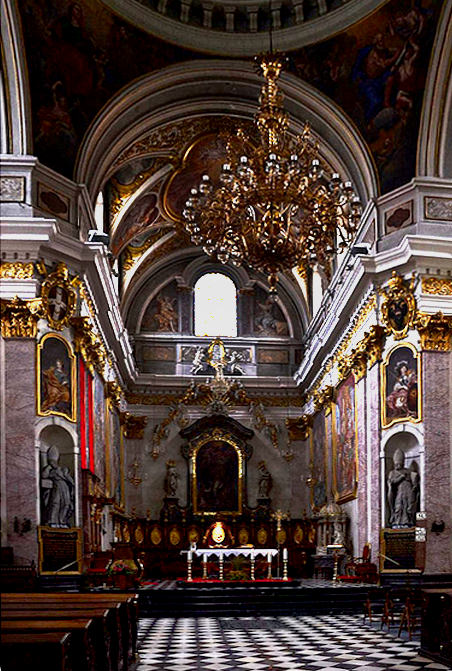 On the Bled island, archaeologists have discovered traces of prehistoric (11th to 8th centuries B.C.) and Slavic (9th to 10th century) settlements. In the early Middle Ages a pre-Christian, probably Old Slavic cult area stood at the location of the present day church. 124 graves with skeletons from the 9th to the 11th century were found. 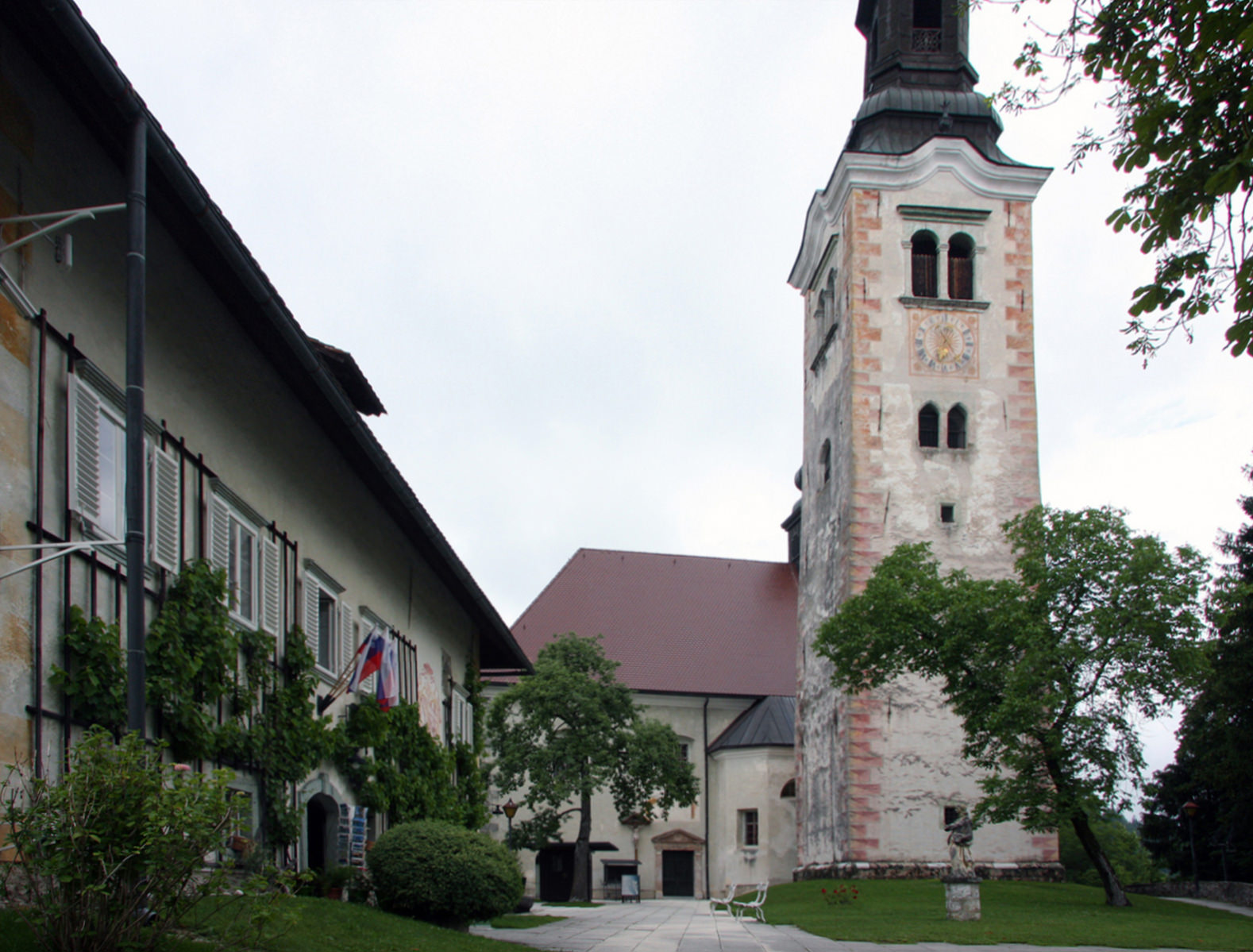 The foundations of a pre-Romanesque chapel which was built during the process of Christianisation, also date from approximately the same period - this is probably the only discovered example of a cult building from those times on Slovenian territory. 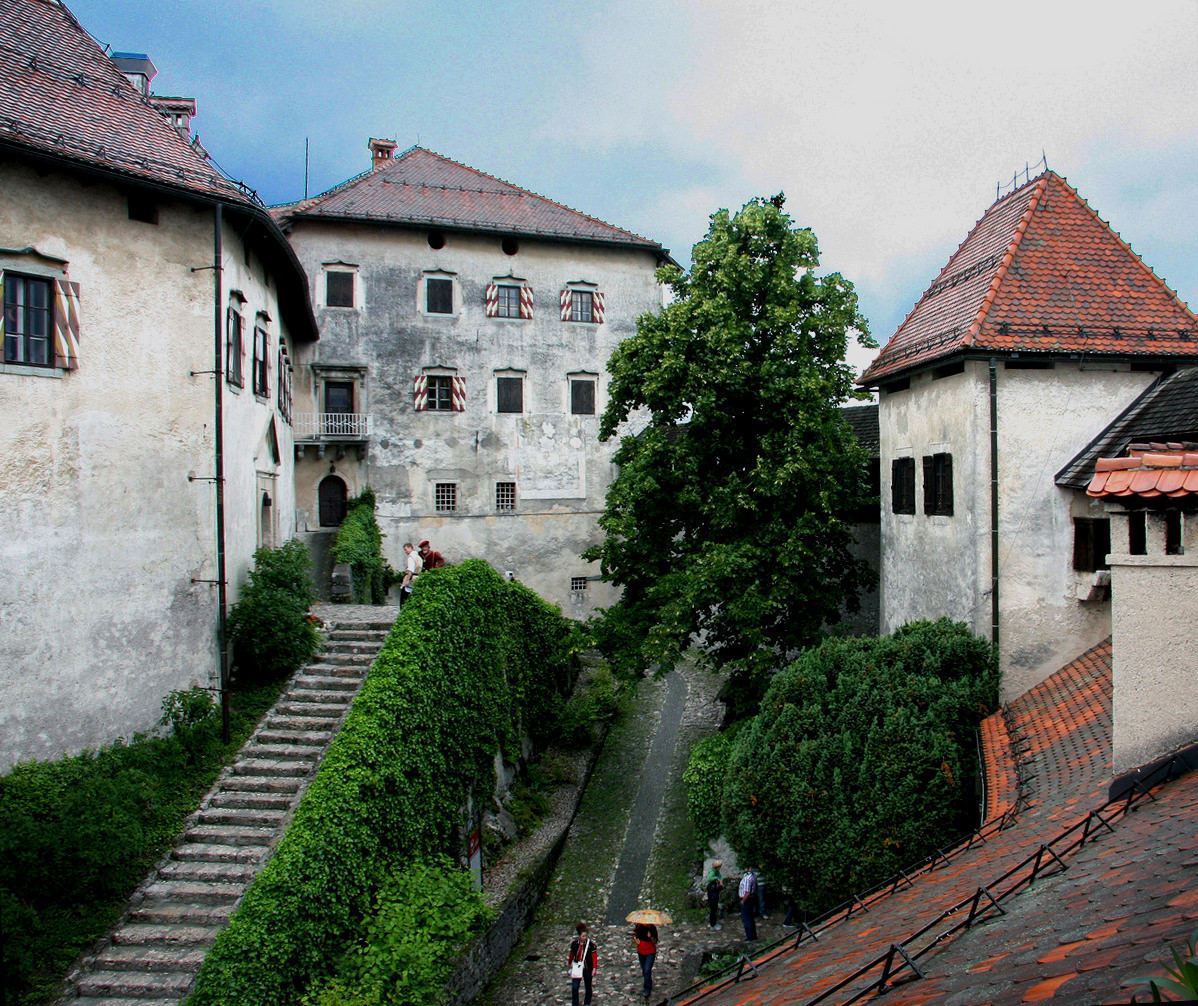 In the 15th century, it was rebuilt in the Gothic style: a new presbytery, a freestanding bell tower and the main altar were built. The renovated single-nave church was consecrated in 1465 by the first bishop of Ljubljana, count Žiga Lamberg. 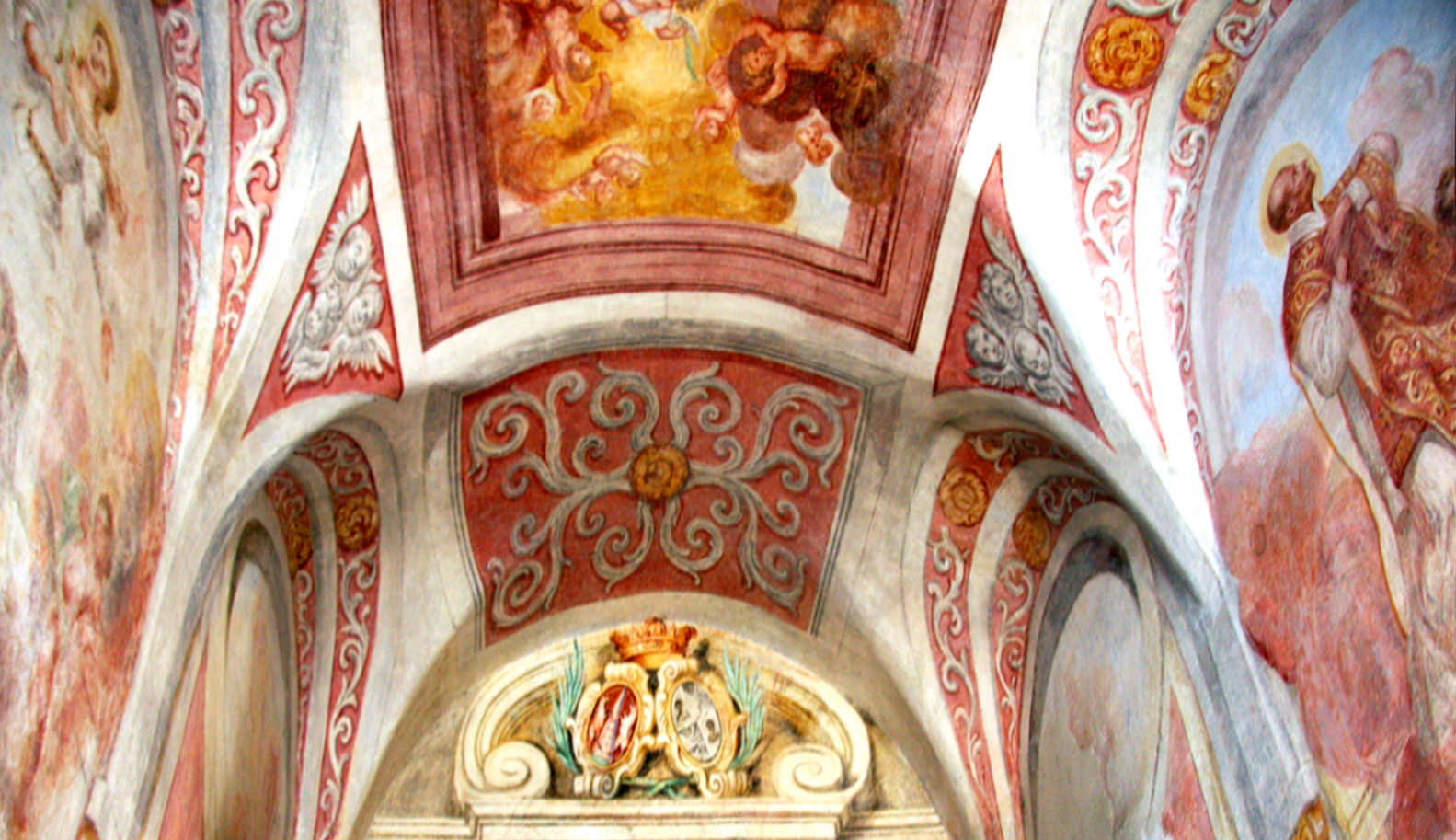 In 1509 it was damaged by an earthquake to such an extent that it required thorough renovation, and this was carried out in the Baroque style. Only the frescoes in the presbytery and a wooden statue of the Virgin Mary, which probably adorned the main altar, were preserved from the previous Gothic church. 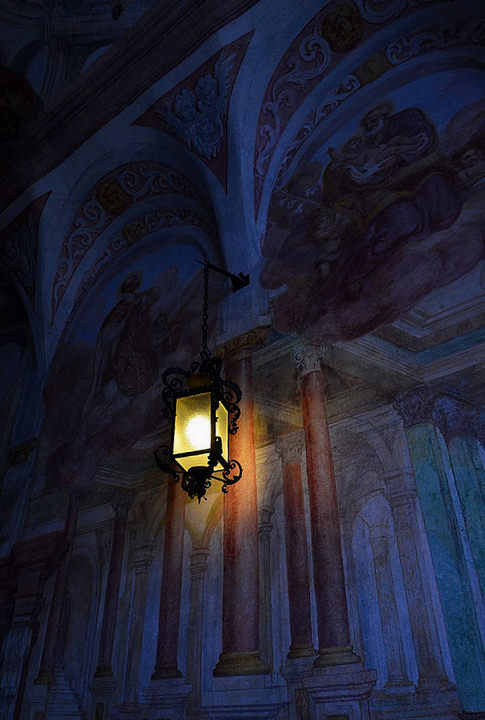 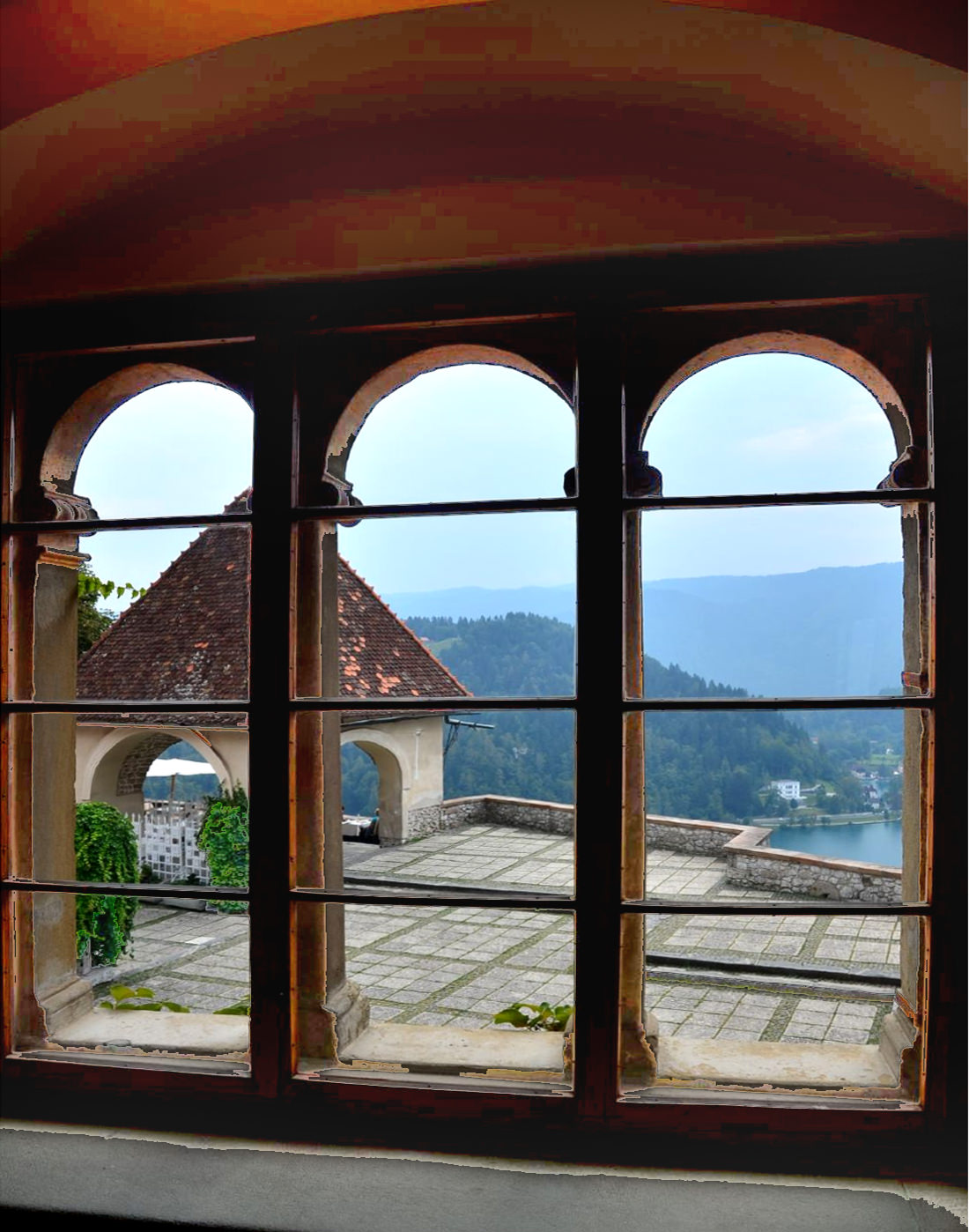 The bell tower, which was built in the 15th century, has been renovated several times due to damage by two earthquakes, and in 1688 it was struck by lightning. The present tower is 54 m high and has three bells, which were made by Samassa and Franchi, bell makers from Ljubljana. Like the church, the other buildings, the walls and the monumental staircase (99 stairs) preserved their Image courtesy of the 17th century.