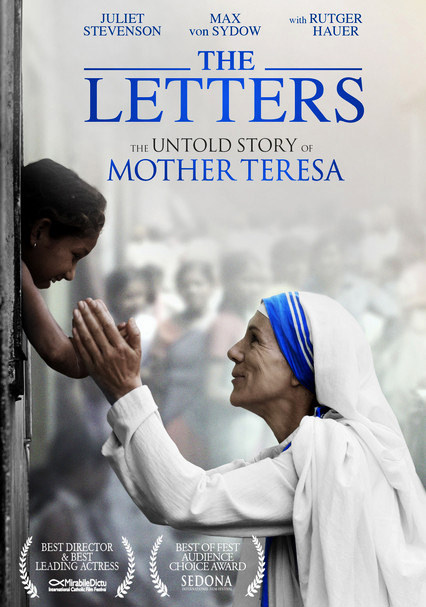 Telling a tale of the inner spiritual life of a person is difficult — we might even say impossible — for our spiritual lives are largely unseen. One can see certain things from the outside, but only God knows what is happening interiorly: the growth, the challenges, the setbacks and movements away from and toward God.

Mother Teresa’s life was one marked by service to the poorest of the poor on the streets of Calcutta out of love for Christ. In the many photographs we have of her, she radiates joy and love to those she served.

The film opens with a series of scenes from various venues: Ireland, 1931, when Sister Teresa makes her vows with the Loreto Sisters; India, 1998, where a priest and postulator of her cause for canonization, Father Benjamin Praagh (Rutger Hauer), visits a hospital where an Indian woman has allegedly been healed through Mother Teresa’s intercession; England, 2003, where we’re introduced to an aging Father Celeste van Exem (Max von Sydow), Mother Teresa’s spiritual director; and Rome.

Father van Exem explains to Father Praagh that he will want to read Mother Teresa’s letters, letters that reveal the profound darkness she experienced.

“She felt God had abandoned her,” Father van Exem explains. “No one knew of her feelings of isolation. Her longing for God felt like torture. She felt there was no God in her.”

The story follows Sister Teresa’s early consecrated life as a teacher in a school run by the Loreto Sisters. While she is first and foremost a teacher, it is through the poor outside the windows of the convent that God calls her.

“Surely God loves the poor as much as he loves privileged girls,” Sister Teresa explains to the mother general of the desires growing in her heart. Sister Teresa’s first challenge is to overcome the suspicions and jealousy of her superior.

The film relays the story of Mother Teresa’s being released from her vows to the Sisters of Loreto and her founding of the Missionaries of Charity, all within the context of India’s fight for independence. It tells the story of her work in the slums of Calcutta, leading up to her opening of the Home for the Dying and ending with her receiving the Nobel Peace Prize in 1979.

Where this does work is in explaining her sense of abandonment, her loneliness and the emptiness that she felt. Then, when we later see her walking alone, we can ever-so-slightly feel the “dark night of the soul” that she experienced, just by the way she’s walking.

Where the film succeeds is when it shows us Mother Teresa’s relationships with those she serves and the challenges she faces in her service to the poorest of the poor. We’re moved when she begins teaching some orphan boys the alphabet or when she helps to deliver the breech baby of a Hindu couple who had previously tried to force her from the slums. Later, the father runs to meet Mother Teresa as she walks home, falls on his knees and begs her forgiveness.

Both in the film (which was shot in India) and her life, it is her actions that inspire, especially in light of the film’s revelations that were described in The New York Times best-selling book Mother Teresa: Come Be My Light: The Private Writings of the Saint of Calcutta. The film, directed by and based on a script written by William Riead, borrows heavily from the letters contained in the book. The film tells us that Mother Teresa wanted the letters destroyed after her death because she feared that they would “make people think more of me and less of Jesus.” We can be thankful that they were not destroyed.

Her letters have been largely misunderstood by the secular media, thinking that they somehow suggest her lack of belief. In fact, the letters echo Christ’s words to Thomas: “Blessed are they who believe without seeing,” or, in Mother Teresa’s case, we might say: Blessed are those who believe without feeling. It is for this reason that the film is an important one.

As we see Mother Teresa feeding the hungry, teaching the orphan, visiting the sick and comforting the dying, we cannot help but recall the Gospel passage from Matthew 25 about the hungry, thirsty, naked and imprisoned.

The film won the 2014 Sedona International Film Festival’s “Audience Award.” For those unfamiliar with Mother Teresa and her work, this film offers a good introduction. For those familiar with her story, it’s spiritually beneficial to see it again through eyes opened to her unseen story of suffering. That’s not only something worth seeing, but something worthy of reflection. 1