A Martyrdom of Love

In January of 2015 …Pope Francis spoke about the willingness of mothers to sacrifice all for their children and give of themselves completely, heroically. And in saying mothers are martyrs, he was referencing a homily given by the late Archbishop Oscar Romero. Interested for obvious reasons, I had to know more. I was able to find a portion of the Archbishop’s actual homily, given in El Salvador in May of 1977 during the funeral of a murdered priest:

“Not everyone, says the Second Vatican Council, will have the honour of giving their physical blood, of being killed for their faith, but God asks the spirit of martyrdom of all those who believe in him, that is we all have to be willing to die for our faith, even if the Lord does not give us this honour, we, yes, are available, so that when our time to give an account comes, we can say, “Lord, I was willing to give my life for you. And I have given it.” 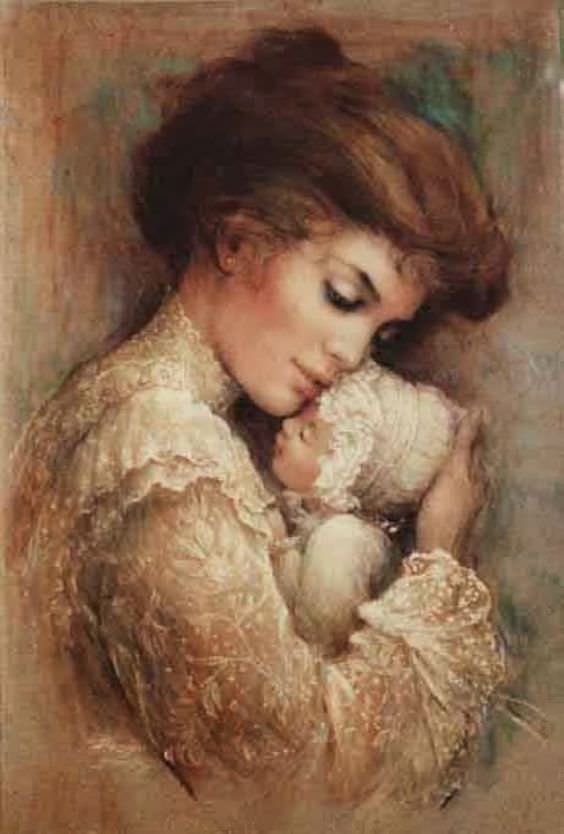 “Because to give your life does not only mean to be killed; giving your life, having the spirit of martyrdom is to give in duty, in silence, in prayer, in the honest fulfillment of one’s duty; in the silence of everyday life; giving life little by little? Yes, just as a mother gives, who without fear, with the simplicity of maternal martyrdom conceives a child in her womb, gives birth to the child, nurses it, helps the child to grow and cares for it with affection. She gives life. This is martyrdom.”

Surely Pope Francis was thinking about Romero that day because the cause for his beatification had just leaped forward when the Congregation for the Causes of Saints had found the Salvadorian Archbishop himself worthy of the title of “martyr” by a unanimous vote.

That seems obvious enough. After all, Archbishop Romero was gunned down while saying mass because he had openly and vehemently condemned the violence of a long and bloody civil war. I think we can all agree – that’s martyrdom, that’s heroic. It echoes the traditional scenes of martyrdom that have captured our imaginations: St. Stephan being stoned, St. Lawrence burned, St. Philomena beheaded. It brings to mind the recent pictures we’ve had pressed into our memories of the new martyrs in the Middle East.

But…motherhood? How can that compare? Few of us mothers will die for our faith in face of violent opposition.

No, says the Church, so wise and generous in love. No, but you can die daily.

You can die a “white martyrdom”. You can do what everyone is called to do, but few achieve. You can slowly but completely give of yourself, literally dying to yourself and to the world and all it holds out to you. You can die, a little bit at a time, to all the old desires and dreams and live for Christ and all that He asks you to live for, and who He asks you to live for. And you will do so quietly, and no one will know, and that will be part of the death.

And in the case of motherhood, you can put aside all – even, from the start, your own body, and give it to another. You give up sleep, you give up peace and quiet, you give up your best-laid, scheduled plans, you give up travel, you give up careers, you give up freedom – well, in the worldly sense (and find it completely in its true form).

Even our most pious longings must die, sometimes. How we struggle to find even a morsel of time for quiet prayer. How we crave an hour in the adoration chapel. How we suffer when we wave goodbye to another, as they head off on a spiritual retreat, and turn back into the house, toddler on our hip, to tackle the dishes and mountains of waiting laundry.

One Sunday, I had hoped to get away for a time – not even an hour, just a little time – to the adoration chapel in a nearby parish. But it wasn’t meant to be. Little fires had to be put out, the many needs of six children simply had to be attended to, and soon the day was gone. Finally, that night, I knelt. Not in prayer. I knelt on the kitchen floor, head bent, cleaning up spilled Cheerios. And then, suddenly, this: You couldn’t come to Me, so I have come to you. The words penetrated my heart. He was there. He was there, with me, among my mess in the dark kitchen. He saw. He knew.

So does the Church. A mother herself, she knows. She knows who helps carry the crosses, like silent Simons, as suffering children climb their own little calvaries. She knows the fervent prayers and whispered blessings. She knows the sleepless nights and long, weary days.

She knows, and Our Blessed Mother knows, the pure white, radiant joy (for there is much of that too), and the heavy shadow of the cross. She knows. And how generous of her to offer us a crown, like one of those Mary held out to another “Martyr of Charity,” St. Maximilian Kolbe. Something to strive for, even in our humble, crumbly lives – a crown, and a title worthy of the very best of her children. May we, mothers or not, reach for it with singleness of heart. May we all become martyrs of love. 1