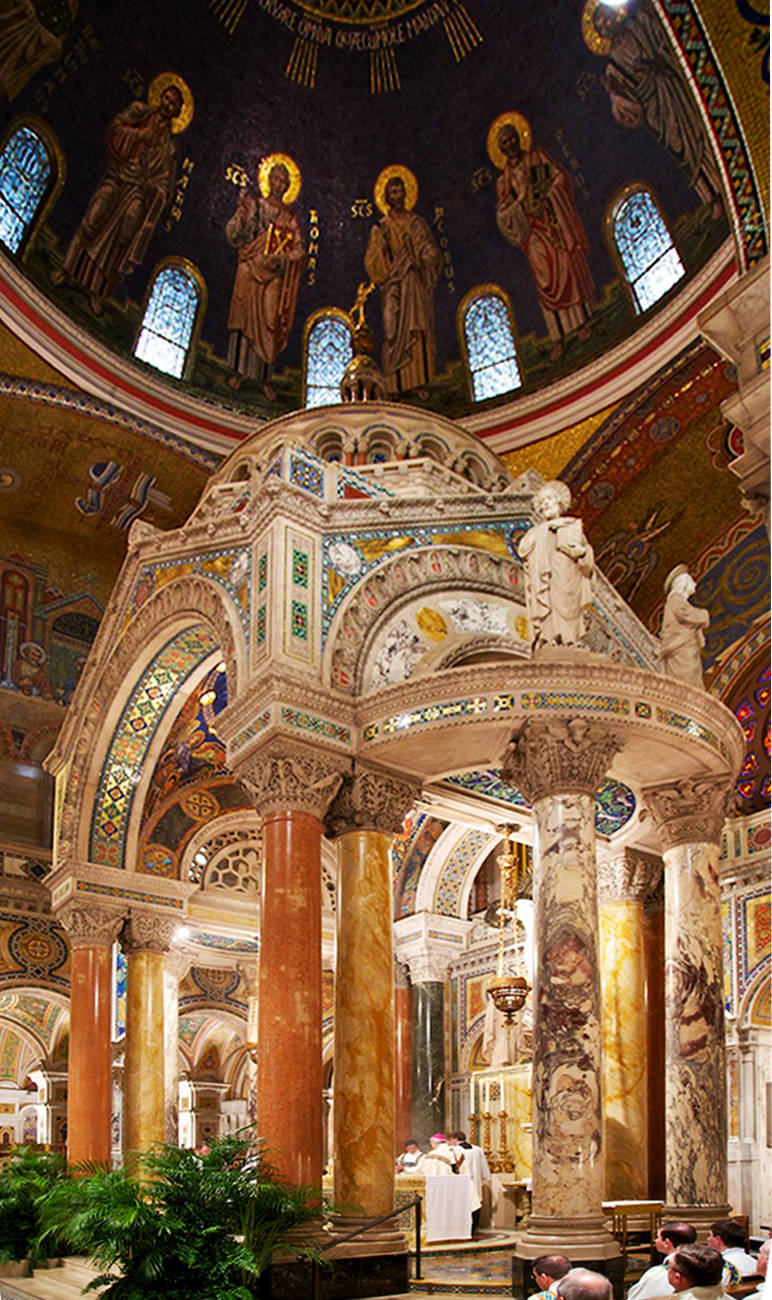 Rise up, O men of God!
Have done with lesser things.
Give heart and mind and soul and strength
to serve the King of kings.

Rise up, O men of God!
The kingdom tarries long.
Bring in the day of brotherhood
and end the night of wrong.

Rise up, O men of God!
The church for you doth wait,
her strength unequal to her task;
rise up, and make her great!

Lift high the cross of Christ!
Tread where his feet have trod.
As brothers of the Son of Man,
rise up, O men of God!2

These men saw something different!

"In a time when the Church is plagued by scandal and attacked from all sides, it is clear that these men see something different, something noble, something worthy of their lives." - Homily by Atlanta Archbishop John Donaghue at an ordination ceremony (2003).

WASHINGTON — The number of permanent deacons in the United States continues to increase, according to a national survey released by the U.S. Conference of Catholic Bishops (USCCB) in April 2013. This marks the seventh survey of the permanent diaconate, an ancient ministry reinstituted by the Second Vatican Council.

The bishops began to ordain permanent deacons for the United States in the early seventies. The ministry emphasizes roles in liturgy, preaching and service. Currently there are more than 18,000 deacons, about 3,000 of them retired.

"The statistics are encouraging," said Archbishop Robert J. Carlson, chair of the U.S. bishops' Committee on Clergy, Consecrated Life and Vocations. "But they also alert us to the fact many of the deacons will soon reach retirement age. This suggests a need for bishops to recruit a greater number of men to join the ranks of the permanent diaconate."