Based on Tradition,
Founded by Christ,
Built on the Apostles

'You will receive power when the Holy Spirit comes upon you, and you will be my witnesses in Jerusalem, throughout Judea and Samaria, and to the ends of the earth.' 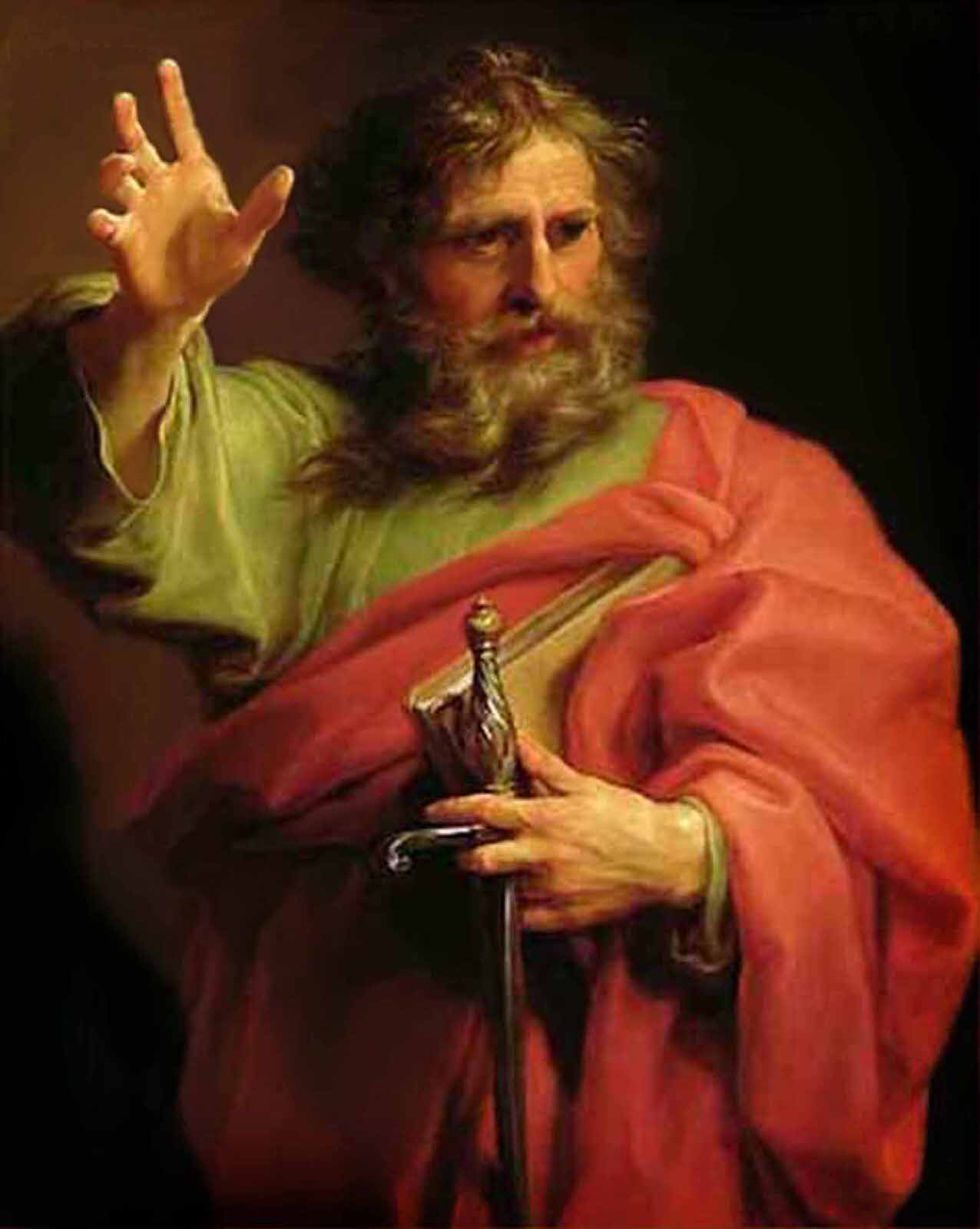 'They were unlikely leaders. As the Bible tells it, most knew more about mending nets than winning converts when Jesus said he would make them "fishers of men. Yet 2,000 years later, all over the world, the Apostles are still drawing people in.'2 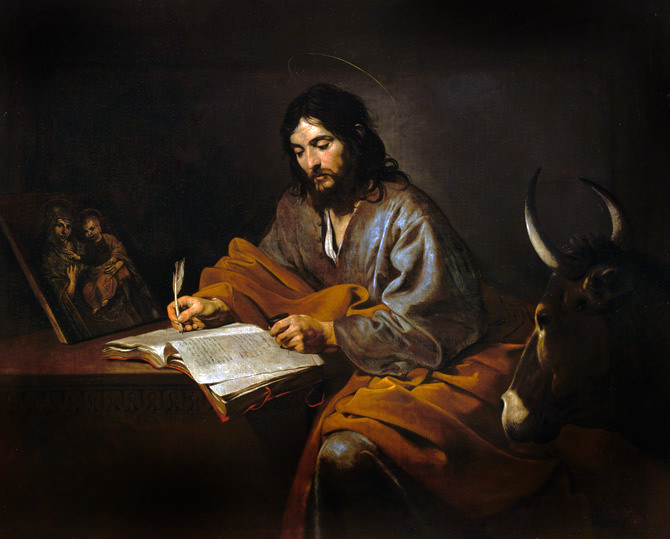 It was unthinkable that a small, despised movement from a corner of Palestine could move out to become the dominant faith of the mighty Roman Empire, an empire that fiercely defended traditional pagan religions.

The spread of the Christian church in its earliest centuries is one of the most amazing phenomena in all of human history. The church was considered a religion prava, an illegal and depraved religion.

Wave after wave of persecution was unleashed to squash it. At least two of the persecutions were empire-wide and intended to destroy the church. So how did this young fledgling movement make it? 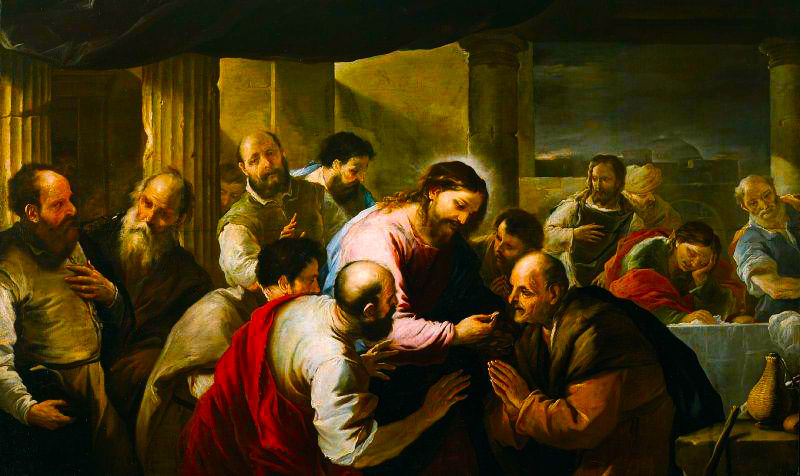 The Communion of the Apostles
by Giordano Luca3 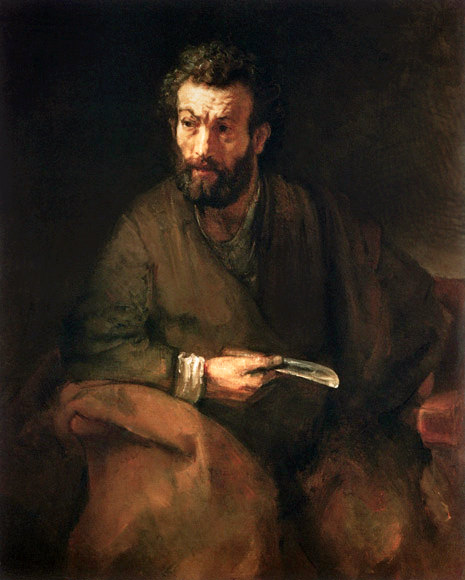 But what finally mattered is what they did have. They had a faith. They had a fellowship. They had a new way of life. They had a confidence that their Lord was alive in heaven and guiding their daily lives. These were the important things. And it made all the difference in laying a Christian foundation for all of Western civilization. 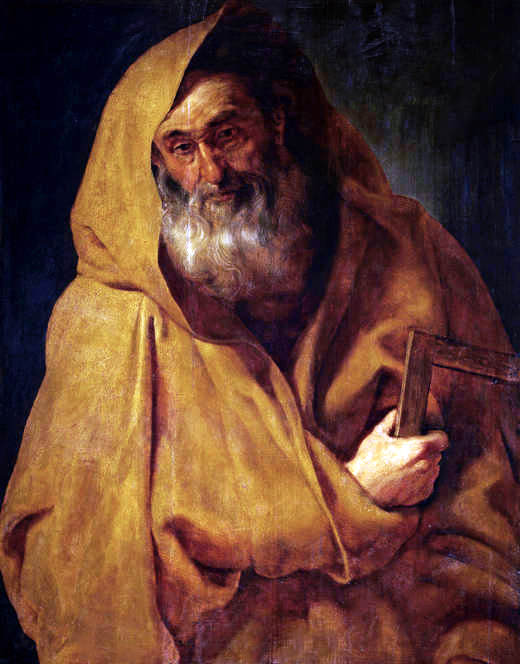 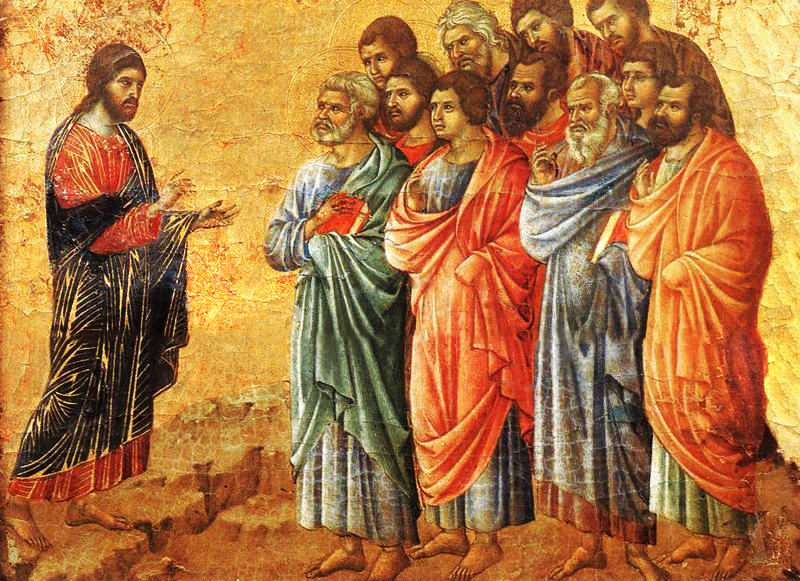 Appearance on the Mountain in Galilee
(edited: for restoration)
by Duccio di Buoninsegna6

Tradition holds that eleven of the twelve Apostles were martyred. Peter, Andrew, and Philip were crucified; James the Greater and Thaddaeus fell to the sword; James the Lesser was beaten to death while praying for his attackers; Bartholomew was flayed alive and then crucified; Thomas and Matthew were speared; Matthias was stoned to death; and Simon was crucified or sawed in half. John—the last survivor of the Twelve—likely died peaceably, possibly in Ephesus, around the year 100.

These twelve men gave up everything for Christ, and in the process found everything they desired. And through them Christ's Church was established, all mankind was redeemed, and our transgressions are reconciled through God's Infinite Divine Mercy.3 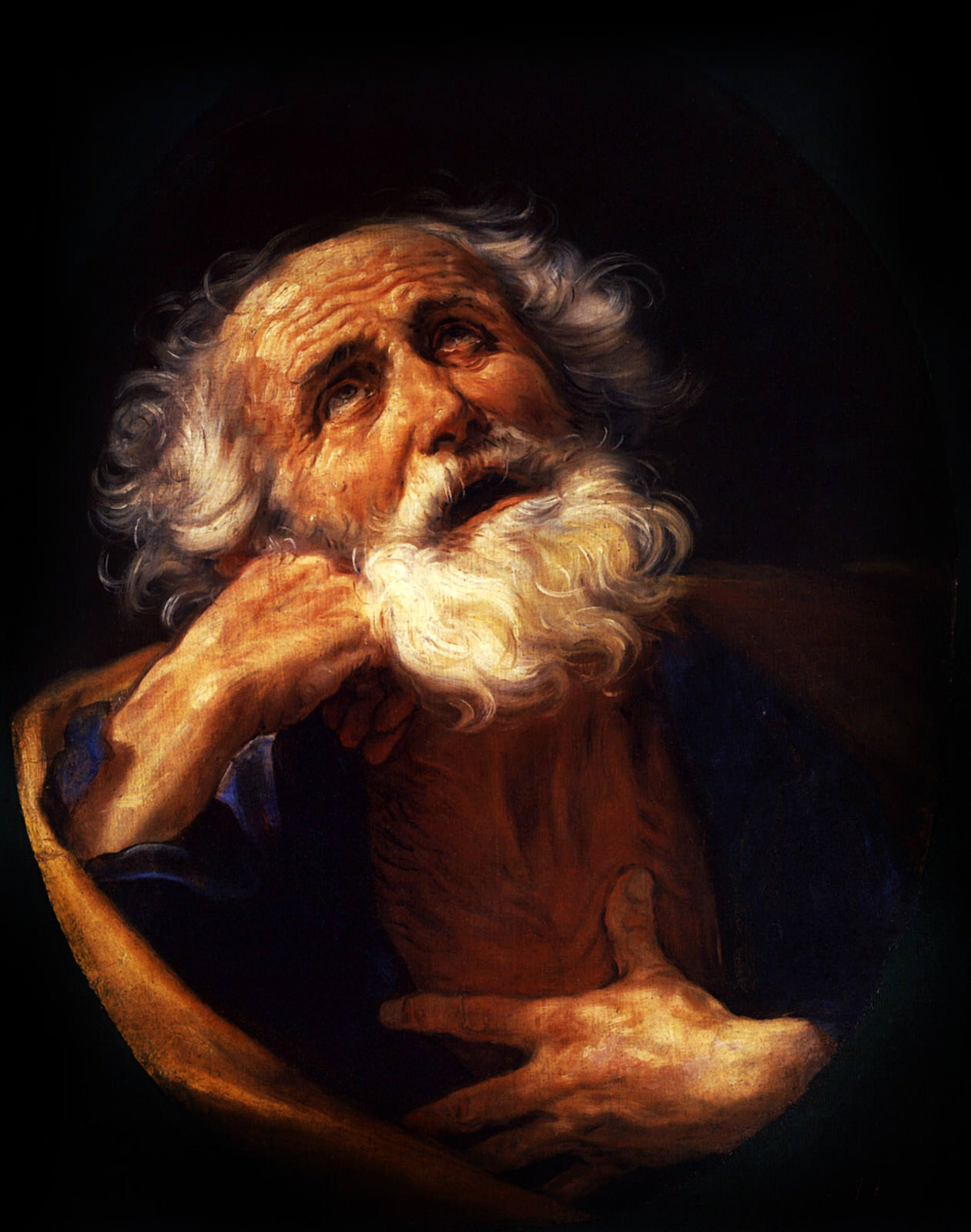 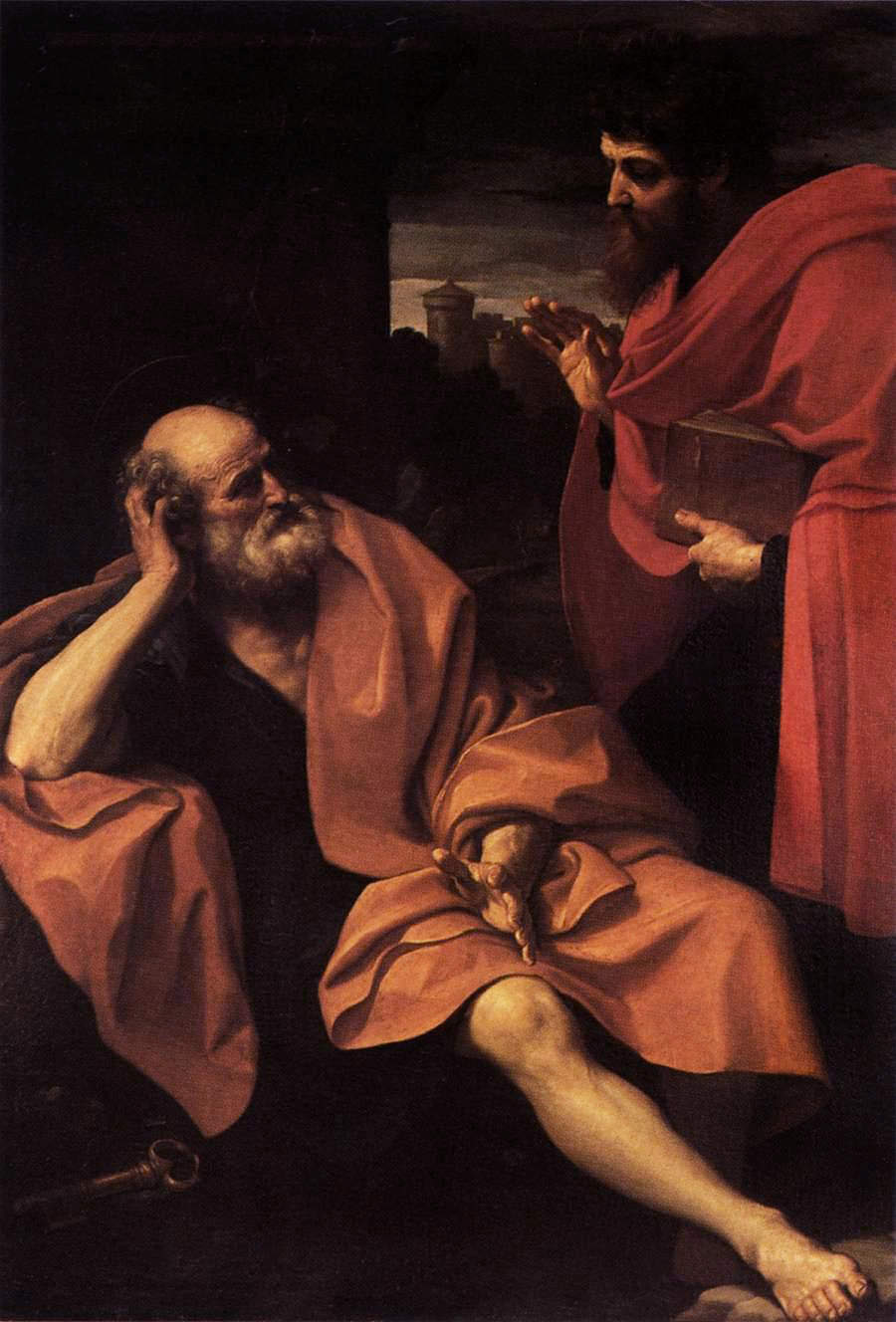 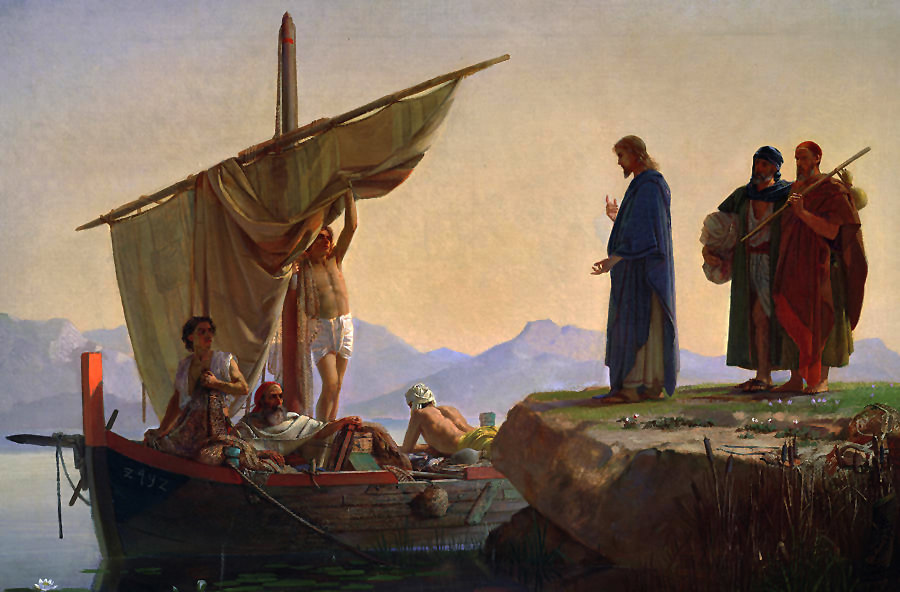 Christ Calling the Apostles James and John
by Edward Armitage9

On the surface, the early Christians appeared powerless and weak, they were an easy target for scorn and ridicule. They had no great financial resources, no buildings, no social status, no government approval, no respect from the educators. And after they became separated from their first-century association with the Jewish synagogues, they lacked institutional backing and an ancient tradition to appeal to. 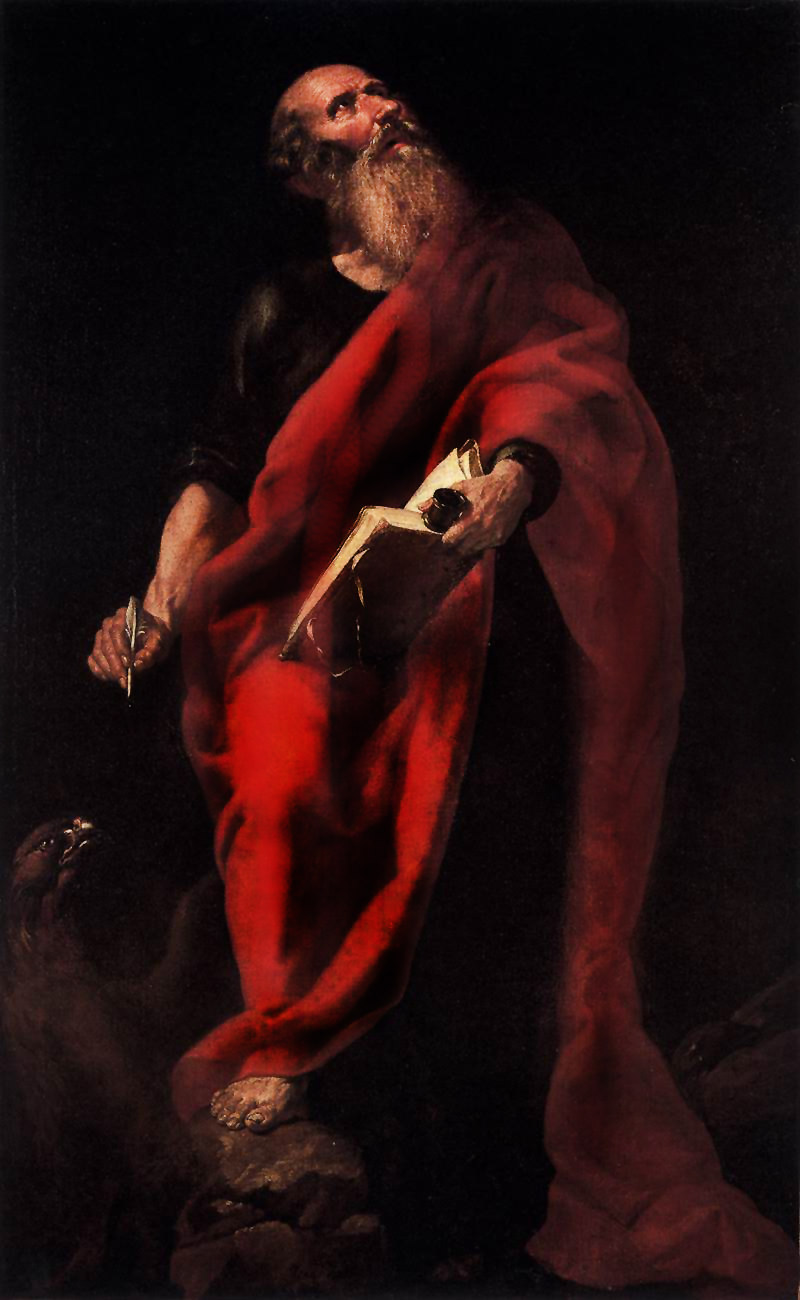 John The Evangelist
by Francisco Ribalta10 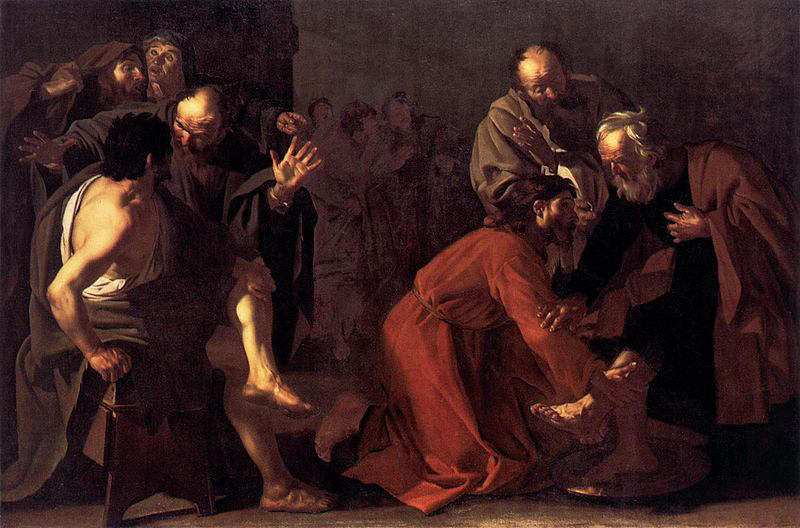 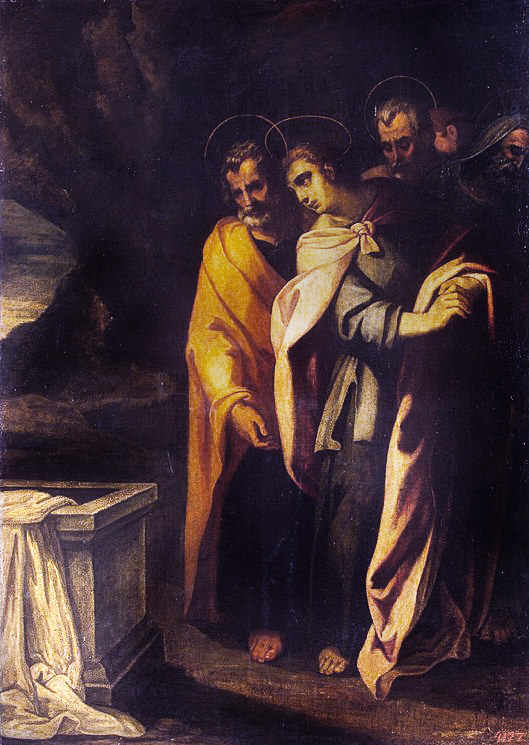 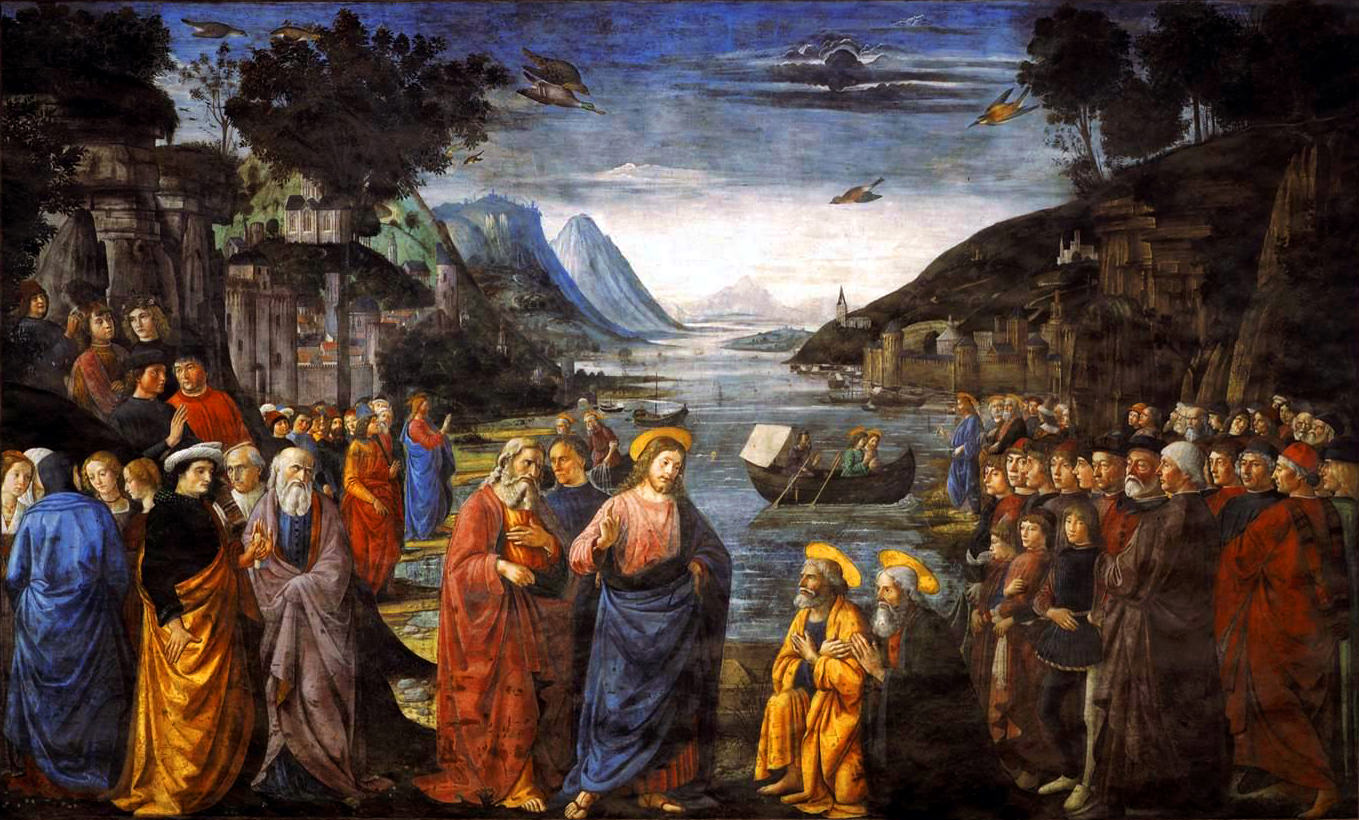 Calling of the Apostles
by Domenico Ghirlandaio13