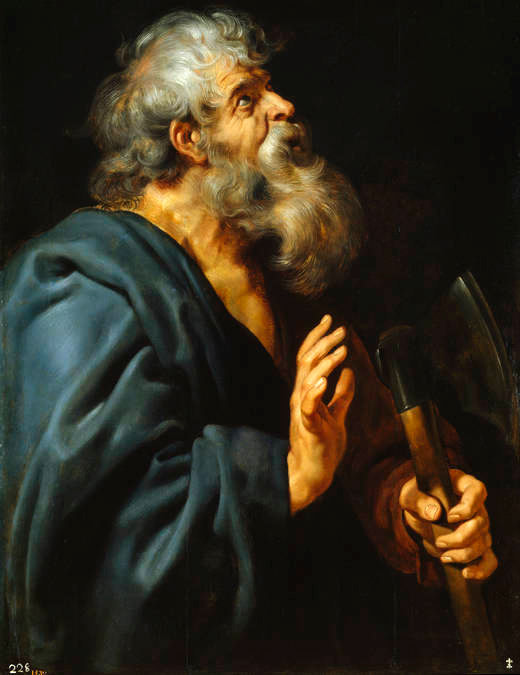 Matthias, whose name means “gift of God”, was the disciple chosen to replace Judas as one of the twelve Apostles. The Acts of the Apostles state that he was also one of the 72 disciples that the Lord Jesus sent out to preach the good news. Matthias was with the Lord since His Baptism, and was “a witness to Christ’s Resurrection,” according to St. Peter in Acts. He remained with Jesus until His Ascension.

According to various traditions, Matthias preached in Cappadocia, Jerusalem, the shores of the Caspian Sea (in modern day Turkey) and Ethiopia. He is said to have met his death by crucifixion in Colchis or by stoning in Jerusalem.

There is evidence cited in some of the early Church fathers that there was a Gospel according to Matthias in circulation, but it has since been lost, and was declared apocryphal by Pope Gelasius.

He is invoked for assistance against alcoholism, and for support by recovered alcoholics. 1