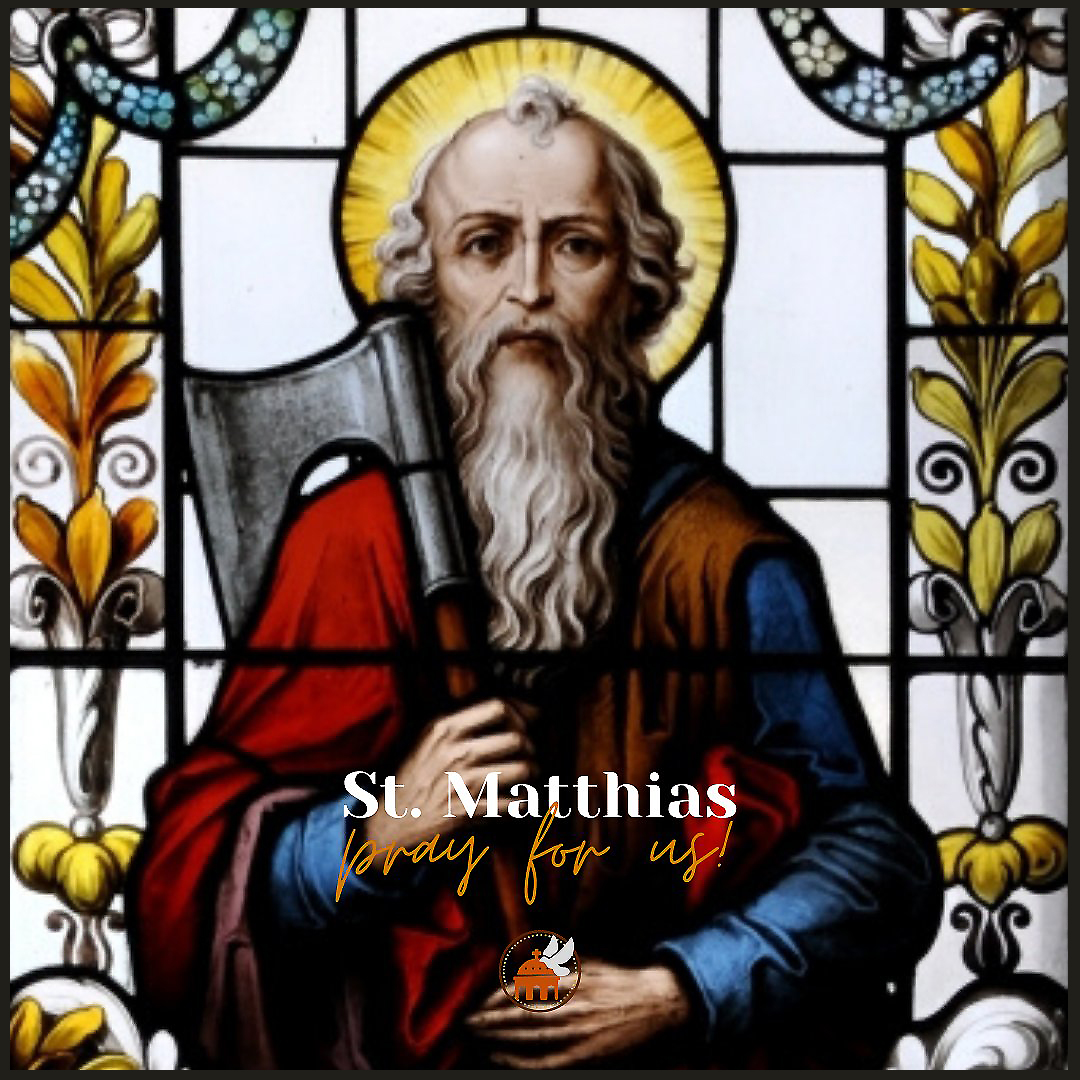 The Greek Matthias (or, in some manuscripts, Maththias), is a name derived from Mattathias, Hebrew Mattithiah, signifying "gift of Yahweh." Matthias was one of the seventy disciples of Jesus, and had been with Him from His baptism by John to the Ascension. It is related that in the days following the Ascension, Peter proposed to the assembled brethren, who numbered one hundred and twenty, that they choose one to fill the place of the traitor Judas in the Apostolate. Two disciples, Joseph, called Barsabas, and Matthias were selected, and lots were drawn, with the result in favour of Matthias, who thus became associated with the eleven Apostles.

All further information concerning the life and death of Matthias is vague and contradictory. According to Nicephorus (Church History II.40), he first preached the Gospel in Judea, then in Ethiopia (that is to say, Colchis) and was crucified. The Synopsis of Dorotheus contains this tradition: Matthias in interiore Æthiopia, at the harbour of the sea of Hyssus, at the mouth of the river Phasis. He died at Sebastopolis, and was buried there, near the Temple of the Sun). Still another tradition maintains that Matthias was stoned at Jerusalem by the Jews, and then beheaded It is said that St. Helena brought the relics of St. Matthias to Rome, and that a portion of them was at Trier. Bollandus* (Acta SS., May, III) doubts if the relics that are in Rome are not rather those of the St. Matthias who was Bishop of Jerusalem about the year 120, and whose history would seem to have been confounded with that of the Apostle. The Latin Church celebrates the feast of St. Matthias on 24 February and the Greek Church on 9 August ... the Latin Church moved the feast of St. Matthias to 14 May. 1