Thomas the Apostle is believed to have travelled outside the Roman Empire to preach the Gospel, travelling as far as Tamilakam which are the states of Kerala and Tamil Nadu in present-day India. According to tradition, Thomas converted several people, founding what today are known as Saint Thomas Christians or Mar Thoma Nazranis. After his death, the reputed relics of Saint Thomas the Apostle were enshrined as far as Mesopotamia in the 3rd century, and later moved to various places. In 1258, some of the relics were brought to Ortona, in Abruzzo, Italy, where they have been held in the Church of Saint Thomas the Apostle. He is often regarded as the patron saint of India, and the name Thoma remains quite popular among Saint Thomas Christians of India.

Thomas first speaks in the Gospel of John. In John 11:16, when Lazarus had recently died, the apostles do not wish to go back to Judea, where some Jews had attempted to stone Jesus. Thomas says: "Let us also go, that we may die with him.” Thomas speaks again in John 14:5. There, Jesus had just explained that he was going away to prepare a heavenly home for his followers, and that one day they would join him there. Thomas reacted by saying, "Lord, we know not whither thou goest; and how can we know the way?" John 20:24–29 tells how doubting Thomas was skeptical at first when he heard that Jesus had risen from the dead and appeared to the other apostles, saying, "Except I shall see on his hands the print of the nails, and put my finger into the print of the nails, and thrust my hand into his side, I will not believe." But when Jesus appeared later and invited Thomas to touch his wounds and behold him, Thomas showed his belief by saying, "My Lord and my God". Jesus then said, "Thomas, because thou hast seen me, thou hast believed: blessed [are] they that have not seen, and [yet] have believed." 1 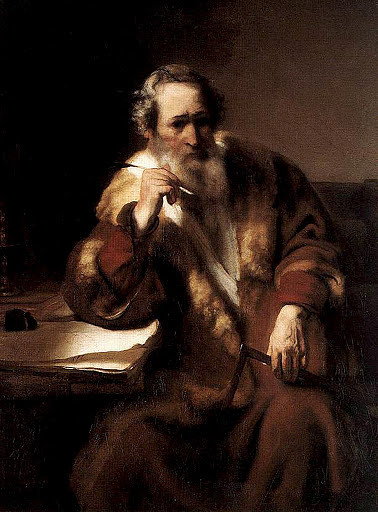 The Death of Thomas

Not very much is known about the method of Thomas’ execution but that maybe due to the fact that he was a missionary in faraway India. Church tradition says that while he was establishing a church there, he was stabbed with a spear, dying from the wound. The irony here is that Jesus told Thomas to touch his side and his hands where the wounds from the cross were still visible (John 10:27). There are so few historical facts that are available beyond this account that we cannot add much more to this account and do so with absolute certainty. 2