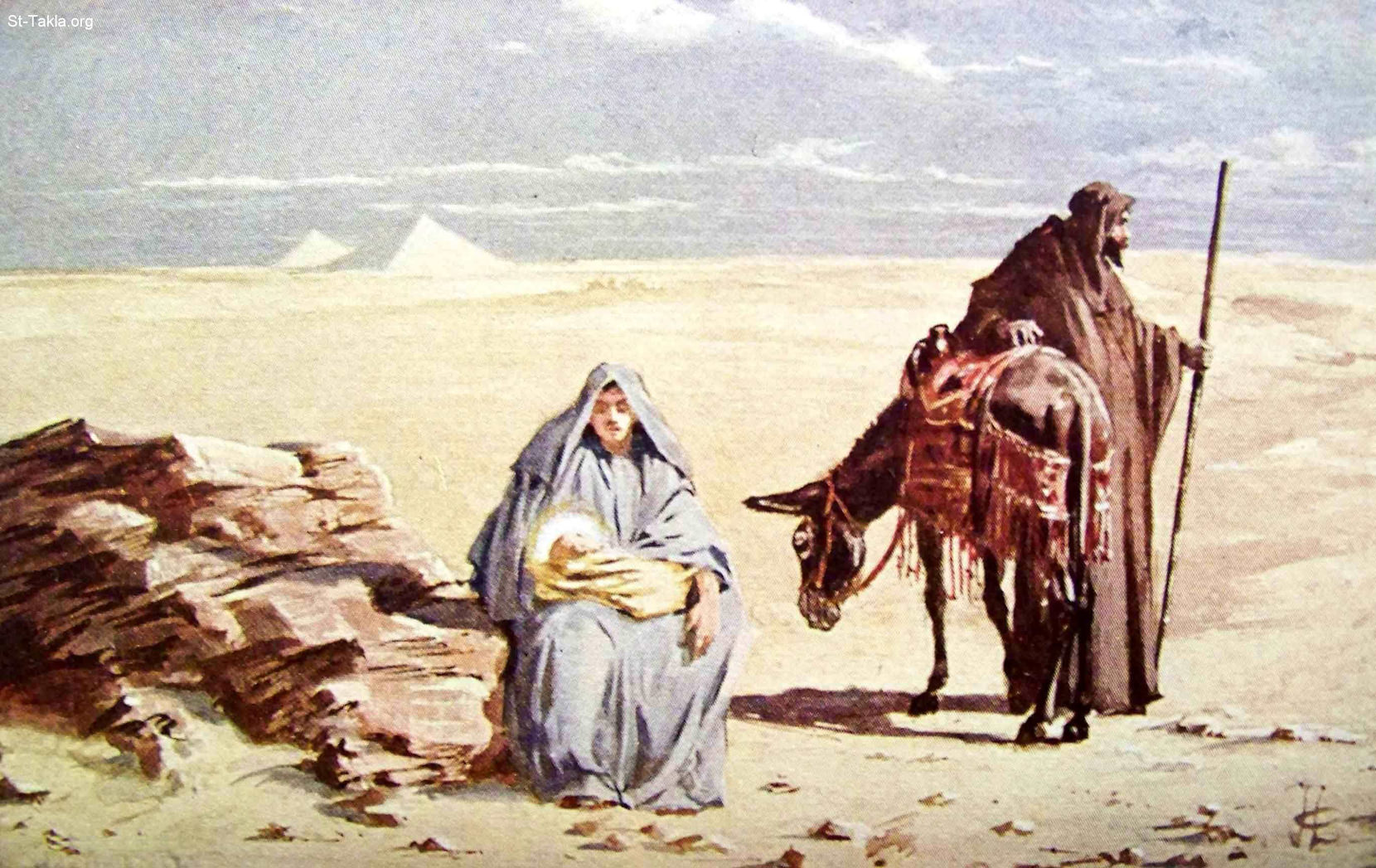 The Flight Into Egypt 1

The Flight Into Egypt

From: The Life of Mary As Seen By the Mystics by Raphael Brown

“Thus began the first of the persecutions that Christ Jesus would undergo on earth all throughout history, whether against Himself or against members of his Mystical Body.”

"They were months of quiet work and hardship, spent with nostalgia for their homeland, but also with the joy of seeing Jesus growing up healthy and strong, far from the danger they had left behind."

Soon after the Magi left Bethlehem, an angel of the Lord appeared to Joseph in a dream and said: Rise, take the Child and his Mother, and flee to Egypt, and remain there till I tell you; for Herod is about to search for the Child to destroy him (Mt. 2:13). Our Lady's joy at the visit of those distinguished men who had recognized her Son as the Messiah was instantly turned into sorrow and anguish. The cruelty of Palestine's elderly king, ever fearful that someone might seize his throne, was well known. As we learn from several historical accounts, he had already assassinated several of his own sons, as well as other persons he viewed as threats. The danger, then, was great. But the ambition and wickedness of a tyrant could not thwart God's salvific plans. He does not perform striking miracles, but counts on the cooperation of those who are faithful to him. Thus the Magi, being warned in a dream not to return to Herod…departed to their own country by another way (Mt. 2:12).

Joseph, acting with complete docility, rose up, took the Child and his Mother by night, and fled into Egypt (Mt. 2:14). Thus began the first of the persecutions that Christ Jesus would undergo on earth all throughout history, whether against Himself or against members of his Mystical Body.

There were two main roads to Egypt. The easier road was also the more traveled one; it passed through Gaza and then ran south along the Mediterranean coast. The other road, less used and therefore the more prudent one, passed through Hebron and Bersabee before crossing the Idumean desert and entering the Sinai peninsula. In either case, it would be a long trip of several hundred miles lasting from ten to fourteen days.

In Hebron or Bersabee (the latter about forty miles from Bethlehem), they could procure provisions before setting out across the desert. In that initial stage of the trip, they may very well have joined up with a small caravan, for it would have been almost impossible to travel that road alone. The oppressive heat, lack of water, and danger of bandits, made it advisable not to cross the desert on their own. The historian Plutarch writes that, in 155 B.C., Roman soldiers making the same trip to fight in Egypt were more fearful of the hardships to be faced in the desert than of the battles to be fought ahead.

Thus began the first of the persecutions that Christ Jesus would undergo on earth all throughout history, whether against Himself or against members of his Mystical Body.

According to tradition—likely a true one—Mary held the Infant in her arms while seated on a donkey, which Joseph led by its bridle. But the imaginative inventions of apocryphal authors have spread numerous legends about their flight: palm trees bending their fronds to provide shade for the wayfarers, wild animals becoming tame, bandits turning kind, fountains of water springing up to relieve their thirst…. These accounts have influenced popular piety through paintings and poetry, with the laudable purpose of embellishing the care shown by divine Providence. But in reality the flight would have been quite normal, including their physical sufferings and the fear of being overtaken at any moment by a detachment of soldiers. Only when they reached Rhinocolura on the Palestine-Egypt frontier would they have felt safe.

Meanwhile in the neighborhood of Bethlehem, infants two-years-old and under were being wrenched from their mothers' arms and slain. St. Matthew writes: Then were fulfilled the words of the prophet Jeremiah: 'A voice was heard in Rama, wailing and loud lamentation; Rachel weeping for her children, inconsolable, for they are no longer' (Mt. 2:18). Doubtless, this passage is hard to understand, and on occasion has been a stumbling block for many. How could God permit the suffering of the innocent, especially babies? The response to this question rests on two firm points: God does not treat human being like puppets; he respects their freedom, even when it is used to do evil. At the same time, in his wisdom and Providence, He knows how to draw good from evil. God writes straight with the crooked lines men have twisted to their own purposes. In any case, this puzzle is solved only in the light of Christ's sacrifice on the Cross. The Redemption is accomplished through the suffering of the Just One, the Innocent One par excellence, who wants his human creatures to share in his sacrifice.

Tradition is uncertain about where in Egypt the Holy Family took up residence—perhaps in Memphis, Heliopolis, or Leontopolis. The broad delta of the Nile sheltered many Jewish communities, where Joseph could have found employment to support his family in a worthy manner, even if they remained poor. The most accepted accounts place them in Egypt for at least a year, until the angel told Joseph to return to Palestine.1