The Heavens Declare the Glory of God;
the Firmament Proclaims the Works of His Hands 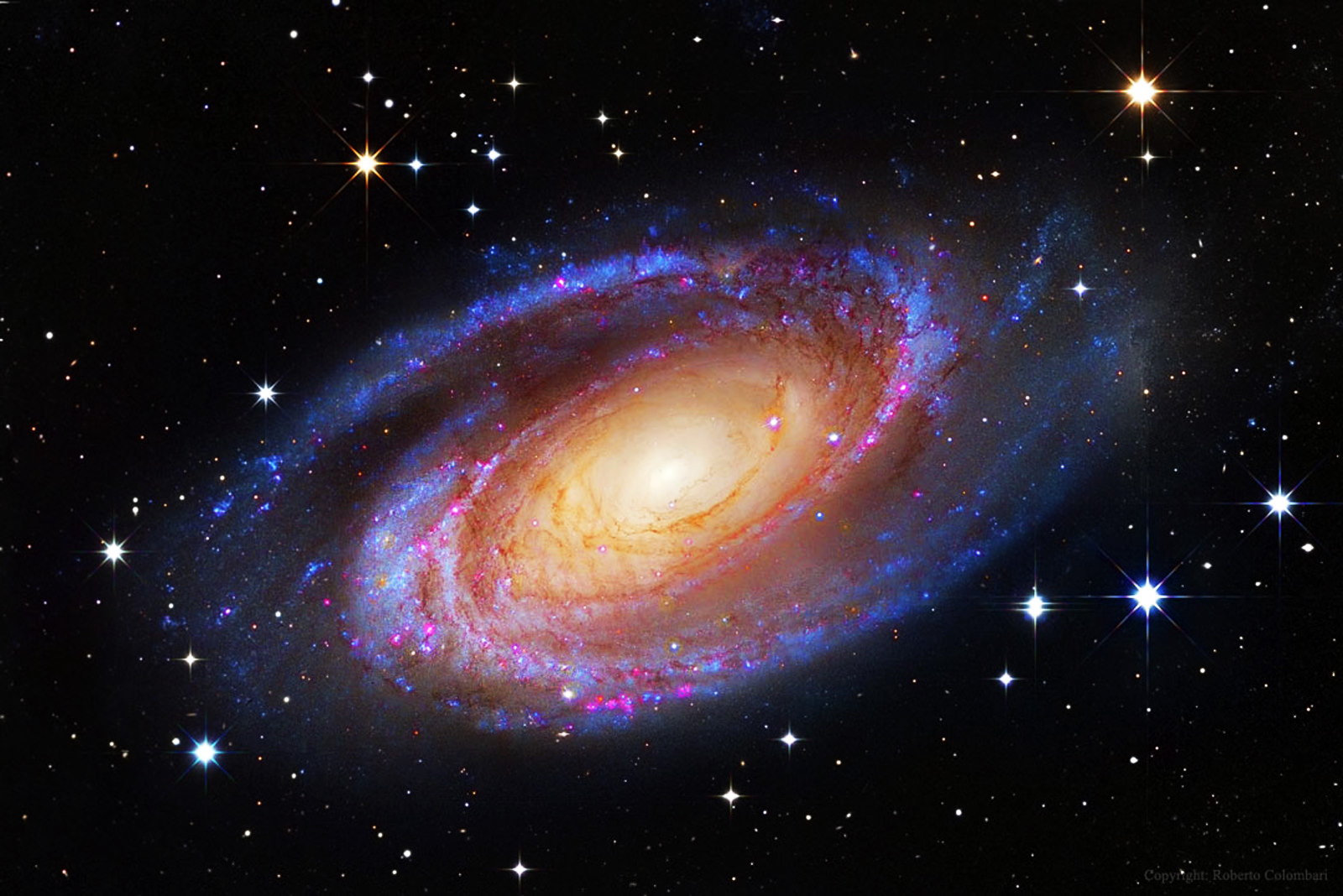 Messier 81 is a spiral galaxy about 12 million light-years away, with a diameter of 90,000 light years, about half the size of the Milky Way, in the constellation Ursa Major. 1 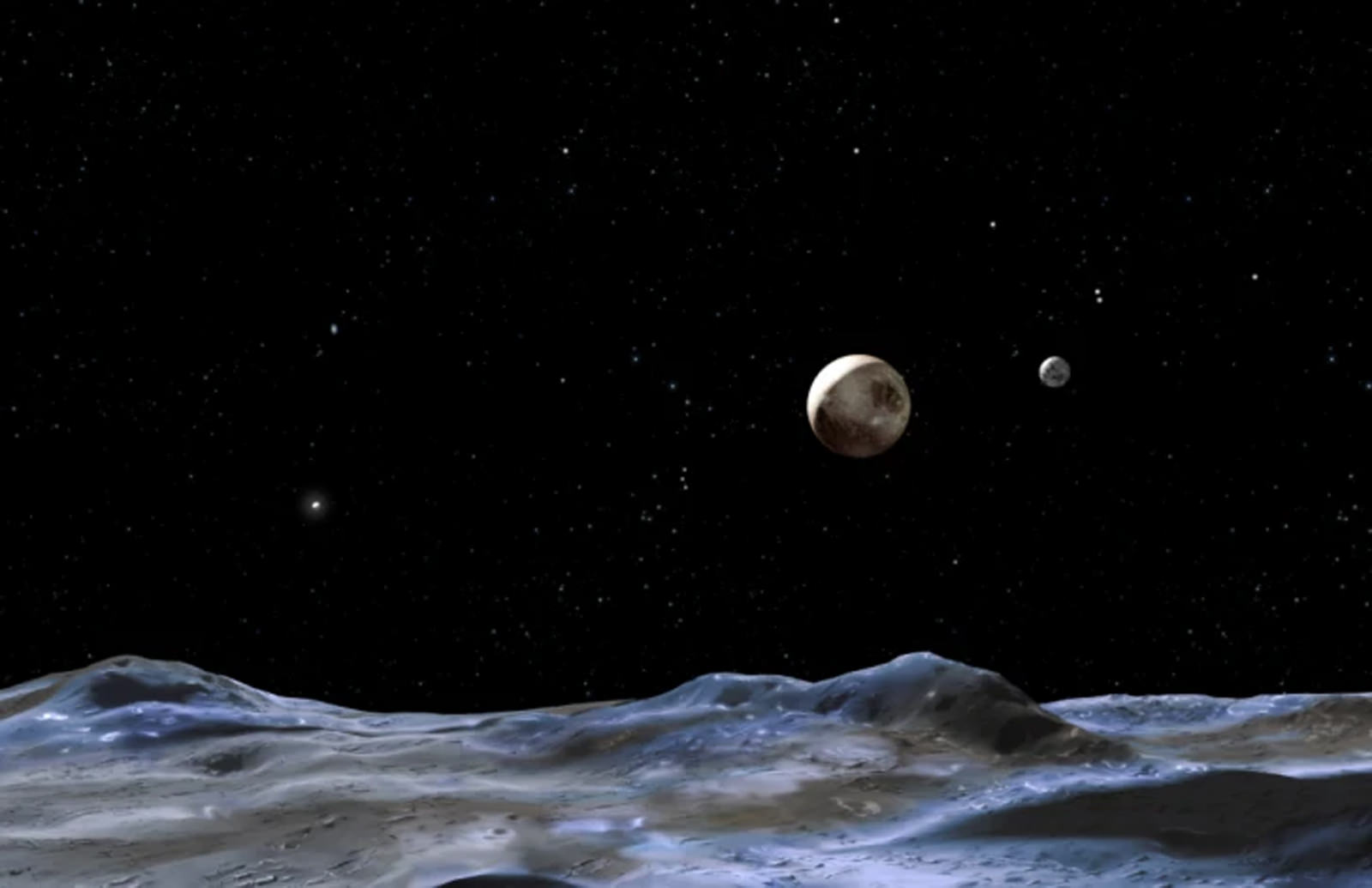 The largest moon of Pluto Charon was discovered 40 years ago on June 22 1987 by James Christy and Robert Harrington at the U.S. Naval Observatory in Flagstaff, Arizona. It is one of the Pluto’s five moons. 2 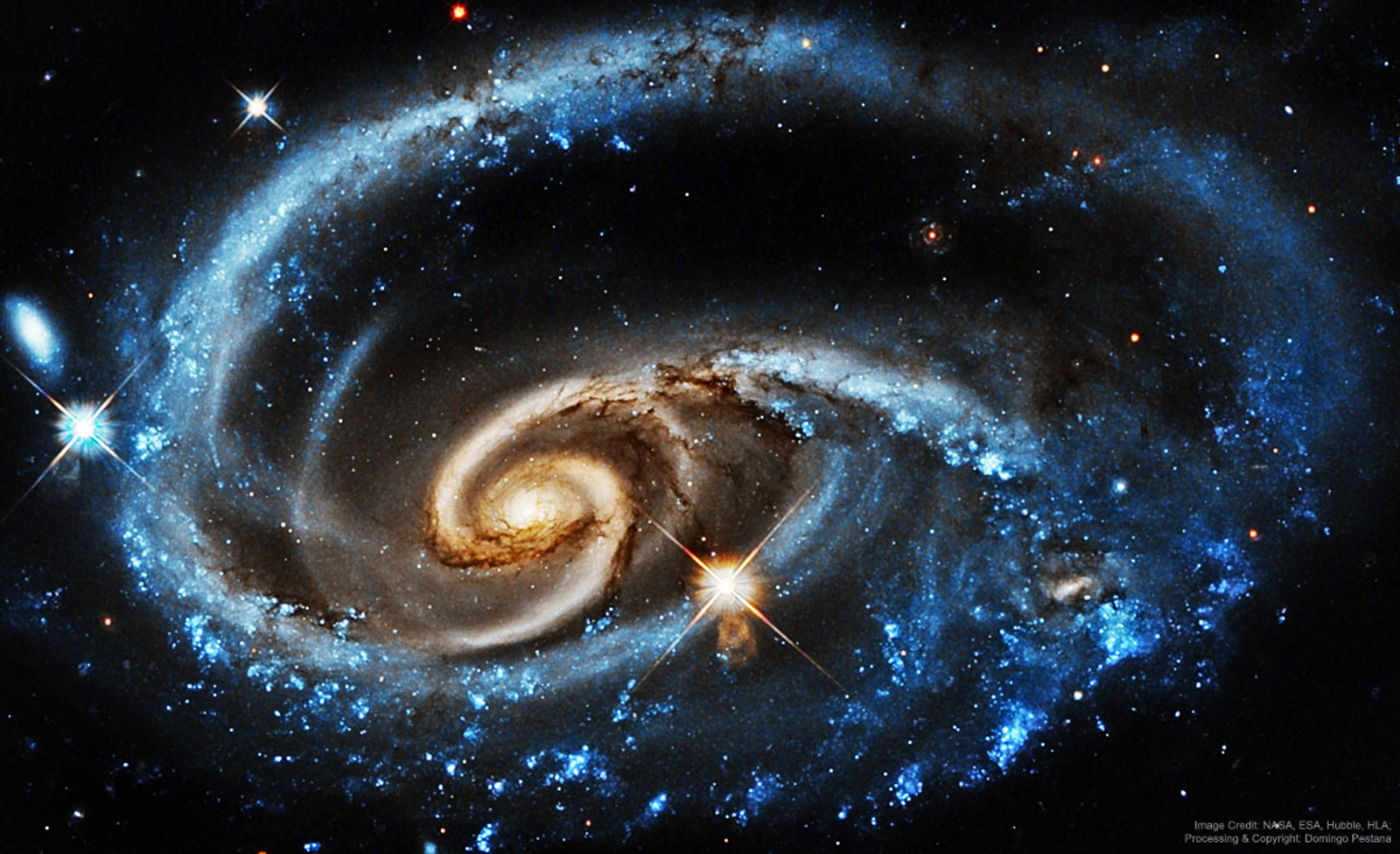 The galaxy is labelled UGC 1810. This ring's blue color is caused by massive stars that are blue hot and have formed only in the past few million years. The inner galaxy appears older, redder, and threaded with cool filamentary dust. 4 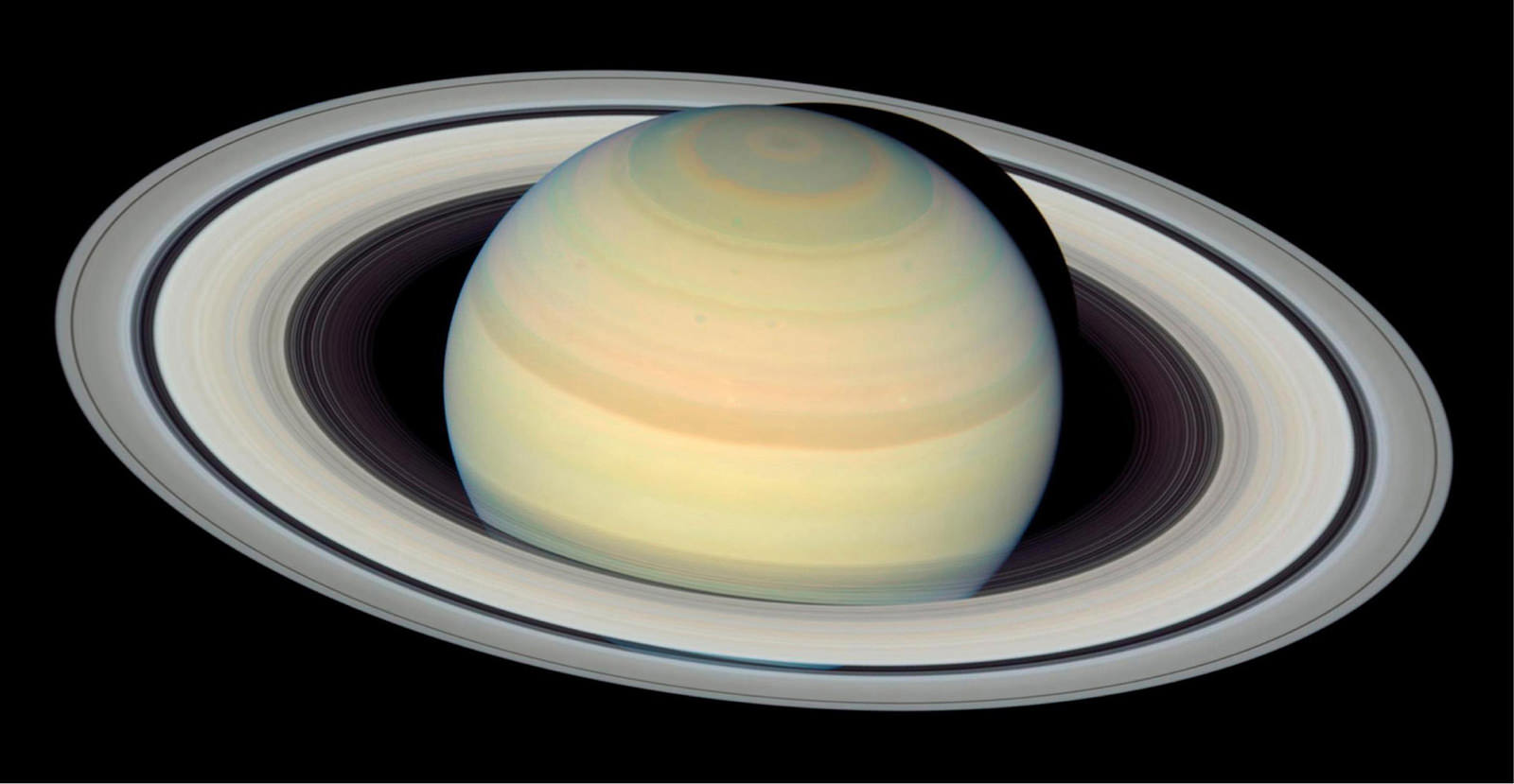 Saturn displays its familiar banded structure, with haze and clouds at various altitudes. Like Jupiter, all bands are parallel to Saturn's equator. The magnificent rings, at nearly their maximum tilt toward Earth, show subtle hues which indicate the trace chemical differences in their icy composition. 5 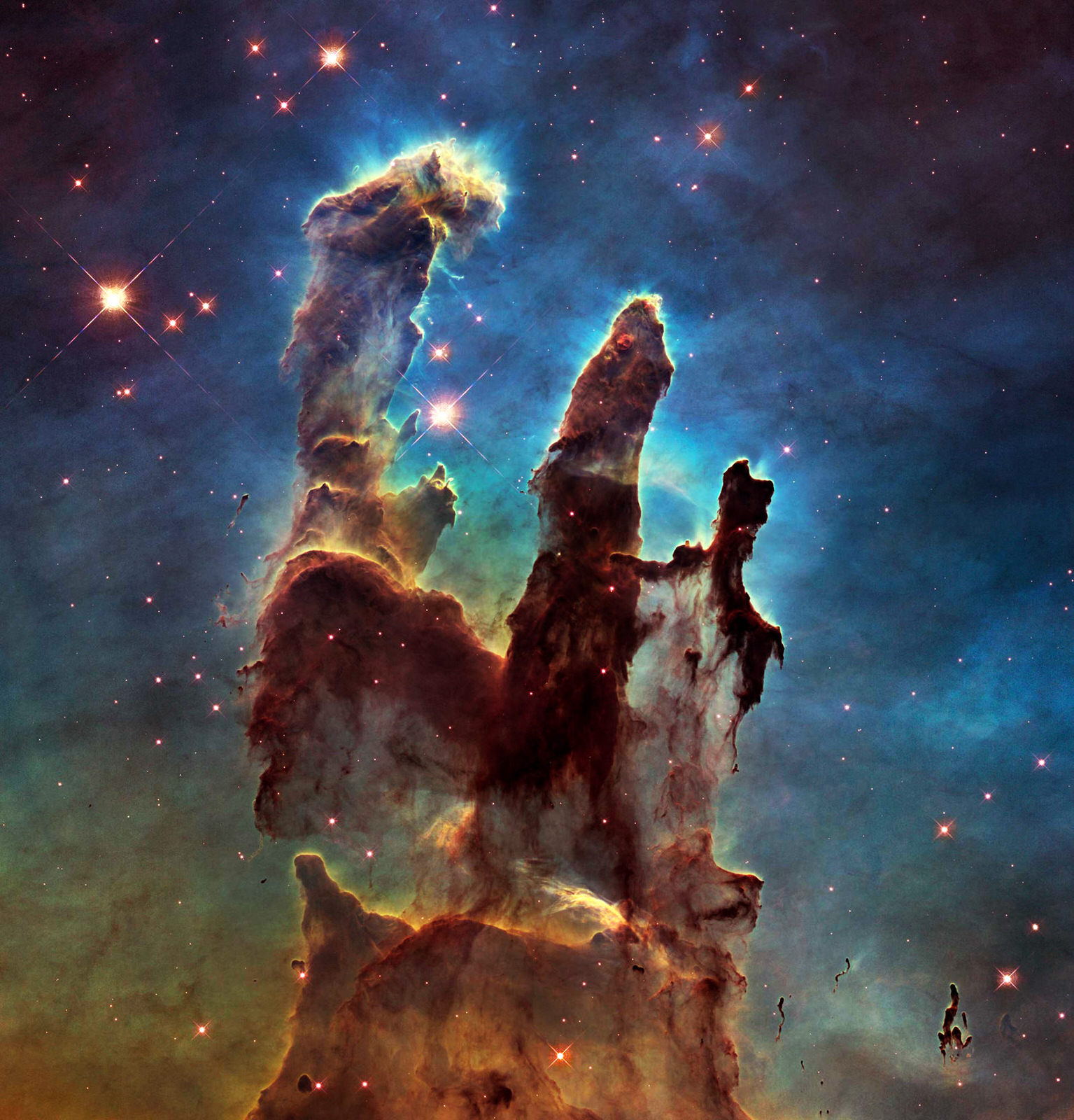 Pillars of Creation is a photograph taken by the Hubble Space Telescope of elephant trunks of interstellar gas and dust in the Eagle Nebula, specifically the Serpens constellation, some 6,500–7,000 light years from Earth. They are so named because the gas and dust are in the process of creating new stars, while also being eroded by the light from nearby stars that have recently formed. Taken on April 1, 1995, it was named one of the top ten photographs from Hubble by Space.com. The astronomers responsible for the photo were Jeff Hester and Paul Scowen from Arizona State University. The region was rephotographed by ESA's Herschel Space Observatory in 2011, and again by Hubble in 2014 with a newer camera. 3