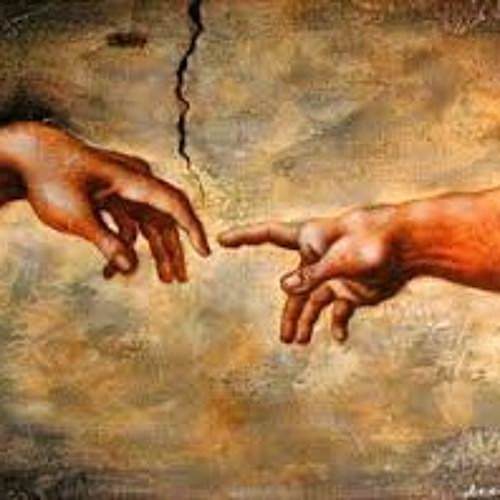 The controversy surrounding evolution touches on our most central beliefs about ourselves and the world. Evolutionary theories have been used to answer questions about the origins of the universe, life, and man. These may be referred to as

One’s opinion concerning one of these areas does not dictate what one believes concerning others.

People usually take three basic positions on the origins of the cosmos, life, and man:

Related to the question of how the universe, life, and man arose is the question of when they arose. Those who attribute the origin of all three to special creation often hold that they arose at about the same time, perhaps six thousand to ten thousand years ago. Those who attribute all three to atheistic evolution have a much longer time scale. They generally hold the universe to be ten billion to twenty billion years old, life on earth to be about four billion years old, and modern man (the subspecies homo sapiens) to be about thirty thousand years old. Those who believe in varieties of developmental creation hold dates used by either or both of the other two positions.

What is the Catholic position concerning belief or unbelief in evolution? The question may never be finally settled, but there are definite parameters to what is acceptable Catholic belief.

Concerning cosmological evolution , the Church has infallibly defined that the universe was specially created out of nothing. Vatican I solemnly defined that everyone must “confess the world and all things which are contained in it, both spiritual and material, as regards their whole substance, have been produced by God from nothing” (Canons on God the Creator of All Things, canon 5).

Concerning biological evolution , the Church does not have an official position on whether various life forms developed over the course of time. However, it says that, if they did develop, then they did so under the impetus and guidance of God, and their ultimate creation must be ascribed to him.

Concerning human evolution, the Church has a more definite teaching. It allows for the possibility that man’s body developed from previous biological forms, under God’s guidance, but it insists on the special creation of his soul. Pope Pius XII declared that "the teaching authority of the Church does not forbid that, in conformity with the present state of human sciences and sacred theology, research and discussions . . . take place with regard to the doctrine of evolution, in as far as it inquires into the origin of the human body as coming from pre-existent and living matter—[but] the Catholic faith obliges us to hold that souls are immediately created by God." (Pius XII, Humani Generis 36). So whether the human body was specially created or developed, we are required to hold as a matter of Catholic faith that the human soul is specially created; it did not evolve, and it is not inherited from our parents, as our bodies are.

Catholics should weigh the evidence for the universe’s age by examining biblical and scientific evidence. “Though faith is above reason, there can never be any real discrepancy between faith and reason. Since the same God who reveals mysteries and infuses faith has bestowed the light of reason on the human mind, God cannot deny himself, nor can truth ever contradict truth” (Catechism of the Catholic Church 159).

It is outside the scope of this tract to look at the scientific evidence, but a few words need to be said about the interpretation of Genesis and its six days of creation. While there are many interpretations of these six days, they can be grouped into two basic methods of reading the account—a chronological reading and a topical reading.

According to the chronological reading, the six days of creation should be understood to have followed each other in strict chronological order. This view is often coupled with the claim that the six days were standard 24-hour days.

Some have denied that they were standard days on the basis that the Hebrew word used in this passage for day (yom) can sometimes mean a longer-than-24-hour period (as it does in Genesis 2:4). However, it seems clear that Genesis 1 presents the days to us as standard days. At the end of each one is a formula like, “And there was evening and there was morning, one day” (Gen. 1:5). Evening and morning are, of course, the transition points between day and night (this is the meaning of the Hebrew terms here), but periods of time longer than 24 hours are not composed of a day and a night. Genesis is presenting these days to us as 24-hour, solar days. If we are not meant to understand them as 24-hour days, it would most likely be because Genesis 1 is not meant to be understood as a literal chronological account.

That is a possibility. Pope Pius XII warned us, “What is the literal sense of a passage is not always as obvious in the speeches and writings of the ancient authors of the East, as it is in the works of our own time. For what they wished to express is not to be determined by the rules of grammar and philology alone, nor solely by the context; the interpreter must, as it were, go back wholly in spirit to those remote centuries of the East and with the aid of history, archaeology, ethnology, and other sciences, accurately determine what modes of writing, so to speak, the authors of that ancient period would be likely to use, and in fact did use. For the ancient peoples of the East, in order to express their ideas, did not always employ those forms or kinds of speech which we use today; but rather those used by the men of their times and countries. What those exactly were the commentator cannot determine as it were in advance, but only after a careful examination of the ancient literature of the East” (Divino Afflante Spiritu 35–36).

This leads us to the possibility that Genesis 1 is to be given a non-chronological, topical reading. Advocates of this view point out that, in ancient literature, it was common to sequence historical material by topic, rather than in strict chronological order.

The argument for a topical ordering notes that at the time the world was created, it had two problems—it was “formless and empty” (1:2). In the first three days of creation, God solves the formlessness problem by structuring different.aspects of the environment.

But it is still empty, so on the second three days God solves the world’s emptiness problem by giving occupants to each of the three realms he ordered on the previous three days. Thus, having solved the problems of formlessness and emptiness, the task he set for himself, God’s work is complete and he rests on the seventh day.

Even if Genesis 1 records God’s work in a topical fashion, it still records God’s work—things God really did. It is impossible to dismiss the events of Genesis 1 as a mere legend. They are accounts of real history, even if they are told in a style of historical writing that Westerners do not typically use.

It is equally impermissible to dismiss the story of Adam and Eve and the fall (Gen. 2–3) as a fiction. A question often raised in this context is whether the human race descended from an original pair of two human beings (a teaching known as monogenism) or a pool of early human couples (a teaching known as polygenism).

In this regard, Pope Pius XII stated: “When, however, there is question of another conjectural opinion, namely polygenism, the children of the Church by no means enjoy such liberty. For the faithful cannot embrace that opinion which maintains either that after Adam there existed on this earth true men who did not take their origin through natural generation from him as from the first parents of all, or that Adam represents a certain number of first parents. Now, it is in no way apparent how such an opinion can be reconciled that which the sources of revealed truth and the documents of the teaching authority of the Church proposed with regard to original sin which proceeds from a sin actually committed by an individual Adam in which through generation is passed onto all and is in everyone as his own” (Humani Generis 37).

The story of the creation and fall of man is a true one, even if not written entirely according to modern literary techniques. The Catechism states, “The account of the fall in Genesis 3 uses figurative language, but affirms a primeval event, a deed that took place at the beginning of the history of man. Revelation gives us the certainty of faith that the whole of human history is marked by the original fault freely committed by our first parents” (CCC 390).

The Catholic Church has always taught that “no real disagreement can exist between the theologian and the scientist provided each keeps within his own limits. . . . If nevertheless there is a disagreement . . . it should be remembered that the sacred writers, or more truly ‘the Spirit of God who spoke through them, did not wish to teach men such truths (as the inner structure of visible objects) which do not help anyone to salvation’; and that, for this reason, rather than trying to provide a scientific exposition of nature, they sometimes describe and treat these matters either in a somewhat figurative language or as the common manner of speech those times required” (Leo XIII, Providentissimus Deus 18).

As the Catechism puts it, “Methodical research in all branches of knowledge, provided it is carried out in a truly scientific manner and does not override moral laws, can never conflict with the faith, because the things of the world and the things the of the faith derive from the same God. The humble and persevering investigator of the secrets of nature is being led, as it were, by the hand of God in spite of himself, for it is God, the conserver of all things, who made them what they are” (CCC 159). The Catholic Church has no fear of science or scientific discovery. 1