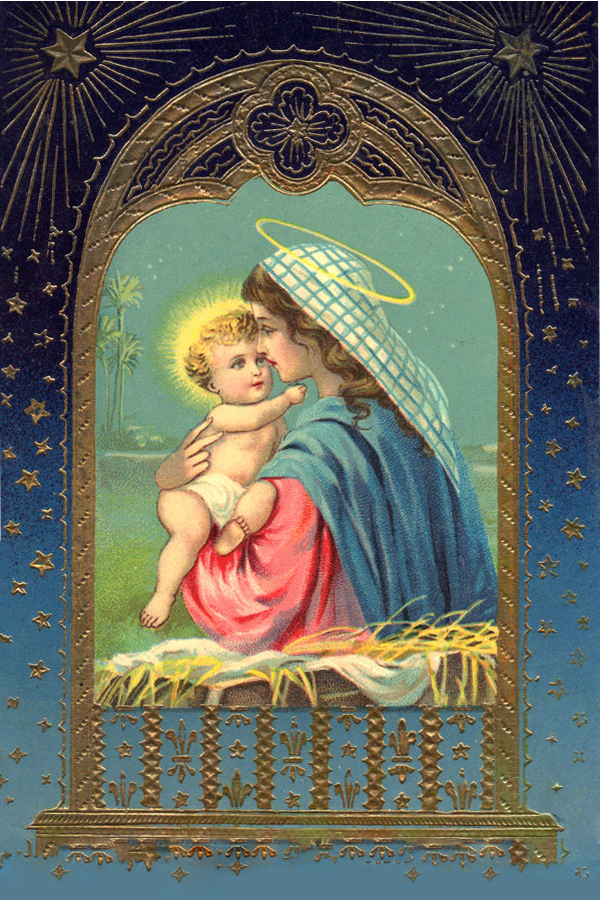 There would be no Christmas carols or any other songs or stories about Christmas because we would still be waiting for the promised Messiah. The gates of heaven would remain closed because the Messiah had yet to be born, to suffer and die and to rise again.

If we were singing at all, it would only be songs of anticipation and longing for the promised Messiah – we would be in a continual season of Advent. Without the arrival of the Messiah there are many other things that would not exist. First of all there would be no Catholic Church or Christianity so there would be no need for a Pope nor would we need cardinals, bishops, priests, deacons or religious brothers and sisters. There was no Church as we know it today. None of the seven sacraments would exist. There would be no statues of saints because there were no saints. There would be no need to remember Jesus’ Passion and Death with Stations of the Cross since he would still be in heaven waiting for a young woman to say that one word that will bring him among us.

There are so many things that we take for granted at this time of year that would not be here if it were not for the trust and faith of a confused and frightened teen age girl.

Mary trusted in God and told the angel “Behold, I am the handmaid of the Lord. May it be done to me according to your word.” Or to put it in a single word, Mary said yes to God. Could Mary have said No to God? Of course, she could have because Mary, just like all of us had a free will and could have chosen to tell God’s messenger to find another woman because she was too frightened by what might happen in the face of a situation that could have cost her life. Even though Mary was not yet married to Joseph, betrothal was considered the same as being married only the woman lived with her parents until the actual marriage ceremony was held. In those days the penalty for adultery was death by stoning. For the sake of the whole world, Mary had faith and trust in God and was willing to say yes to his will.

Many people before her had said yes to God beginning with Abraham, Moses, Isaiah, Jeremiah, Ruth, David, Esther and continuing thorough all the prophets and all the people of Israel that remained faithful to God despite what others were doing.

With Mary’s yes, the New Testament began – Jesus was conceived in her womb. Hers was the first act of faith that opened the way for Jesus to be born and to live among us – as one of us. Even though he is God, in order to be born – to become fully human he needs a woman – a mother who would feed, clothe and take care of him throughout his childhood.

It would be very sad if Mary’s was the last “yes” in human history. The good news is that many more “yeses” have been added since that first yes. The Hebrew amen means “yes,” and we say it every time we receive the Eucharist. We are saying yes, we will be the house of God. We will take the divine life into our bodies, in flesh and blood, and make it our flesh and blood.

It is our turn to respond to God’s will in the same way that Mary did “Behold, I am the servant of the Lord. May it be done to me according to your word” or we can simply say “Yes” to God’s will and thank Him for giving Mary the grace and courage to say yes. We also need to thank God for sending his Son as one like us to save us from our sins and give us a Christmas present that we can receive every time we go to Mass.

To keep the spirit of Christmas alive in our hearts not just during the Christmas season, but everyday of the year; to find the lost; to heal those broken in spirit; to feed the hungry, to release the oppressed; to help find housing for the homeless, to rebuild the nations; to bring peace in our families; neighborhoods, communities and our country; to make a little music with our hearts … and to radiate the light of Christ every day in all our thoughts, words and actions.

Then like Mary, we will be saying yes to God.