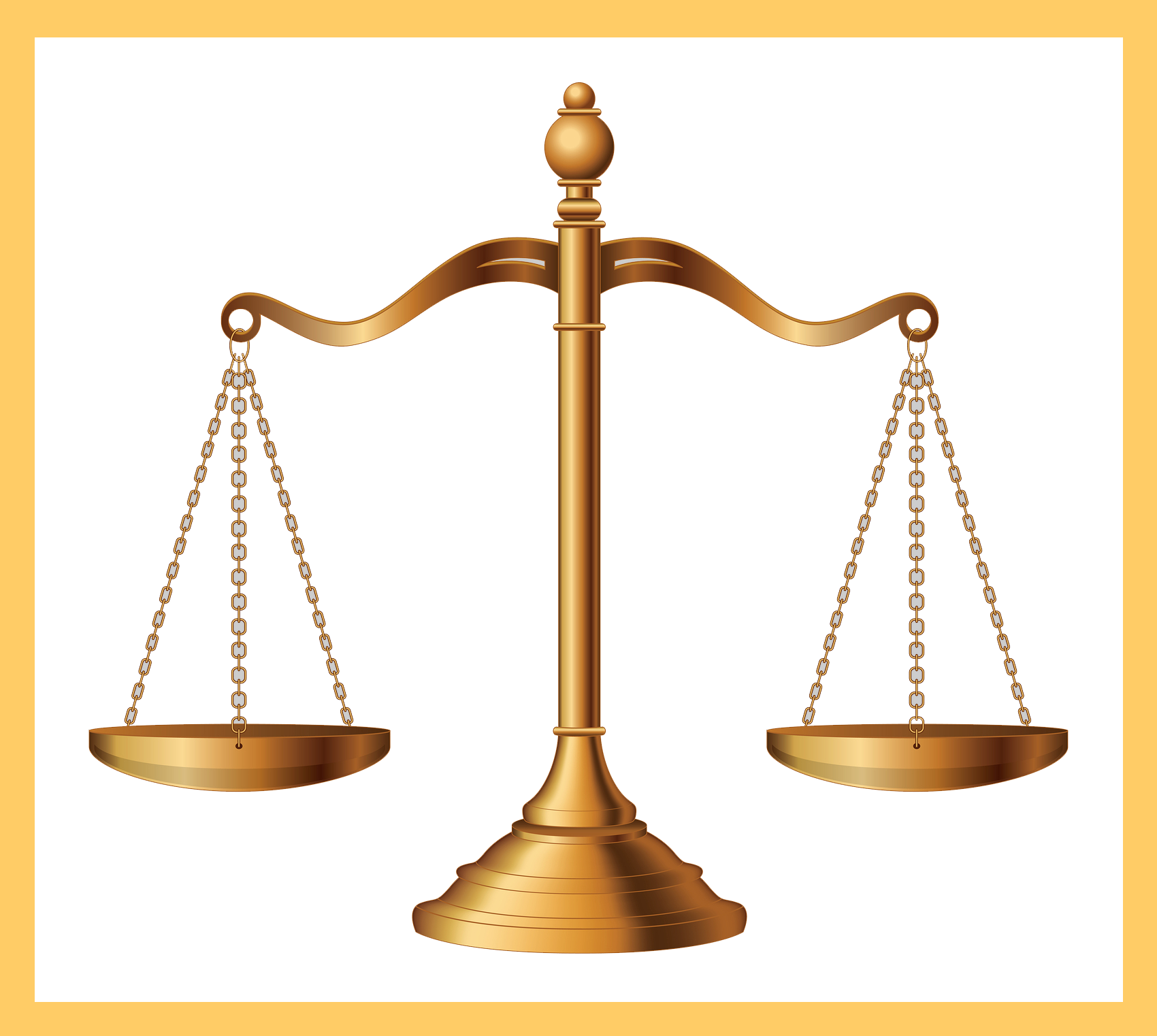 Scales of Justice'
Photograph by: Unknown 1

The Law of Love

As the Gospel reading states, the Jews had many traditions about the washing of their hands, cups, and etc. In today's reading the Pharisees and Scribes accuse Jesus and His disciples of violating Jewish Law. In a similar reading, they observed the disciples picking grains of wheat as they passed through a field, and accused them of profaning the Sabbath.

These objections may seem trivial and overbearing to us today, but for the Scribes and Pharisees they were of extreme importance. They believed that violations of these laws brought disfavor with God, a loss of salvation, possible excommunication, and an open invitation to demonic influence. Thus, when you read in Sacred Scripture of those who would rather die than violate the Jewish dietary laws, in their understanding, they did so to protect their salvation.

Originally, for the Jews, the Law meant two things; the Ten Commandments and the Torah. These writings contain directives on great moral questions, as well as instructions regarding feasts, rituals, and hygiene. What the law lacked was an established hierarchy, and Jewish scholars often debated over which laws had the greatest priority.

Around 400 BC, a class of legal experts came into being, the Scribes. The Scribes were not content with the ambiguity of moral principles and laws that required intelligent interpretation. They wanted these principles more precisely defined. So, they expanded the 613 Jewish laws into thousands and thousands of rules and regulations governing every possible situation in life.

Today's gospel reading is included in all three synoptic gospels. Thus, the gospel authors highlight its importance as a prelude for Jesus' teaching on the law and defilement.

Fidelity and obedience to these laws was considered essential and mandatory by the Scribes and Pharisees. It defined their relationship with God. So, you can imagine their indignation when Jesus fed the five-thousand in a deserted place. Certainly, there was no place to wash their hands, but the Pharisees were not about to challenge a crowd of more than five-thousand people.

In response, Jesus says: “This people honors me with their lips, but their hearts are far from me” . . . “You disregard God’s commandment but cling to human tradition.”1 To the Scribes the legal rules and regulations came first, regardless of the circumstances and consequences.

To Jesus, traditions and rituals are important, but they can never become a replacement for the love of God, or the love of our neighbor. Throughout Sacred Scripture, Jesus was adamant that any regulation which prevented a person from giving help where help was needed, was nothing less than a contradiction of the Law of God. Hence, we have the stories of the Good Samaritan, the Lost Sheep, the Healing of the Paralytic, and many others.

First, let's start with the assumption that no organization can effectively operate without some degree of rules and procedures. And second, we need to understand that there are two types of laws: those that grant privileges and those that impose restrictions.

In the Catholic Church, laws which impose restrictions are interpreted narrowly. That means, for a restriction to apply, every condition must be met, every 'i' must be dotted and every 't' crossed, and often verified by witnesses.

Privileges, on the other hand, are interpreted broadly. And that means, that if a person meets any of the requirements, then the privilege applies.

Like the Jewish laws, the Code of Canon law is also based on theology. In its essence, it is applied theology. Numerically, the Code of Canon Law contains 1,752 paragraphs. The number is large because there are sections for many situations: laws for dioceses and parishes, laws for monastic life, laws for Catholic organizations, laws for the clergy, consecrated life, the laity, and so forth.

However, the approach is dramatically different. Whereas, the codes of the Scribes were primarily restrictions, the codes of the Catholic Church designate many privileges – privileges that protect the integrity, rights, and freedom of the individual. Perhaps, it would be helpful, to cite just a few examples. As we do so, please note that even the obligations required of the Catholic faithful, grant privileges.

Thus, any Catholic who has made a proper confession, can be granted absolution. This applies even to political figures who have defended, or even funded, abortion. The law guarantees a person the means and the right of conversion.

How wonderful it would be if this were the law of our land. Though we have civil laws against slander and libel, these laws are very difficult to prove and to enforce. Additionally, political figures have granted themselves immunity, thereby creating a secular environment where denigrating others is the norm.

If a dispute arises, or if a Catholic feels he has been treated unfairly, he has a right to a hearing and the right to representation. Catholics, also, have a right to a Catholic education and the assistance of their pastor. They have the right join religious orders, and to create or participate in organizations that foster Christian charity.

Catholics has the option to worship according to traditional liturgical rites. They have the right to participate in the mission of the Church and to sustain apostolic undertakings. They have full freedom of inquiry. They have the right to be free of any coercion in choosing a state of life. These and many, many, other rights are guaranteed by Canon Law, and they protect everyone, even those who claim the Catholic Church has too many rules.

In the Gospel, contrary to the beliefs of the Scribes and Pharisees, Jesus tells us that a person is not defiled by externals. Defilement comes from within. For the Scribes and Pharisees, the rules and regulations take priority and the individual is secondary, whereas the principles and precepts of the Catholic Church protect the individual, while at the same time serving the needs of Christ's Church.

Jesus is telling us that each and every one of us were created by Love, and created to be Love. There is no greater truth than this. The Lord called us by name before we were born. He knitted us in our mother’s womb to be His Presence in the world. He calls us from the abyss of sin – to be instruments of His Love and Mercy.

Then He sent His Son – not only to teach us how to love, but as an example of how to live His Divine Love and be Love in our daily lives. He gives us every grace and heavenly blessing needed to become what He has created us to be, and to restore us to eternal life. It is all ours for the asking. We need only to give Him our heart.

So, what is the greatest commandment. It is the true law - the law of righteousness and love – to live with justice and truth in our hearts, harming no one, but only doing what is good, right, and pleasing to our loving God.

Oh, how I wish the Law of the Church was the law of our land - not written on parchment, but in every heart, eternally protected and sustained by the Holy Spirit. But we will not likely see such righteousness until the day we see our Good Lord face to face. Then, there will be no need for law. We will all be consumed, and entirely motivated, by God's Love alone. But for now, for me, and perhaps for you, it makes me very proud to be a Catholic.