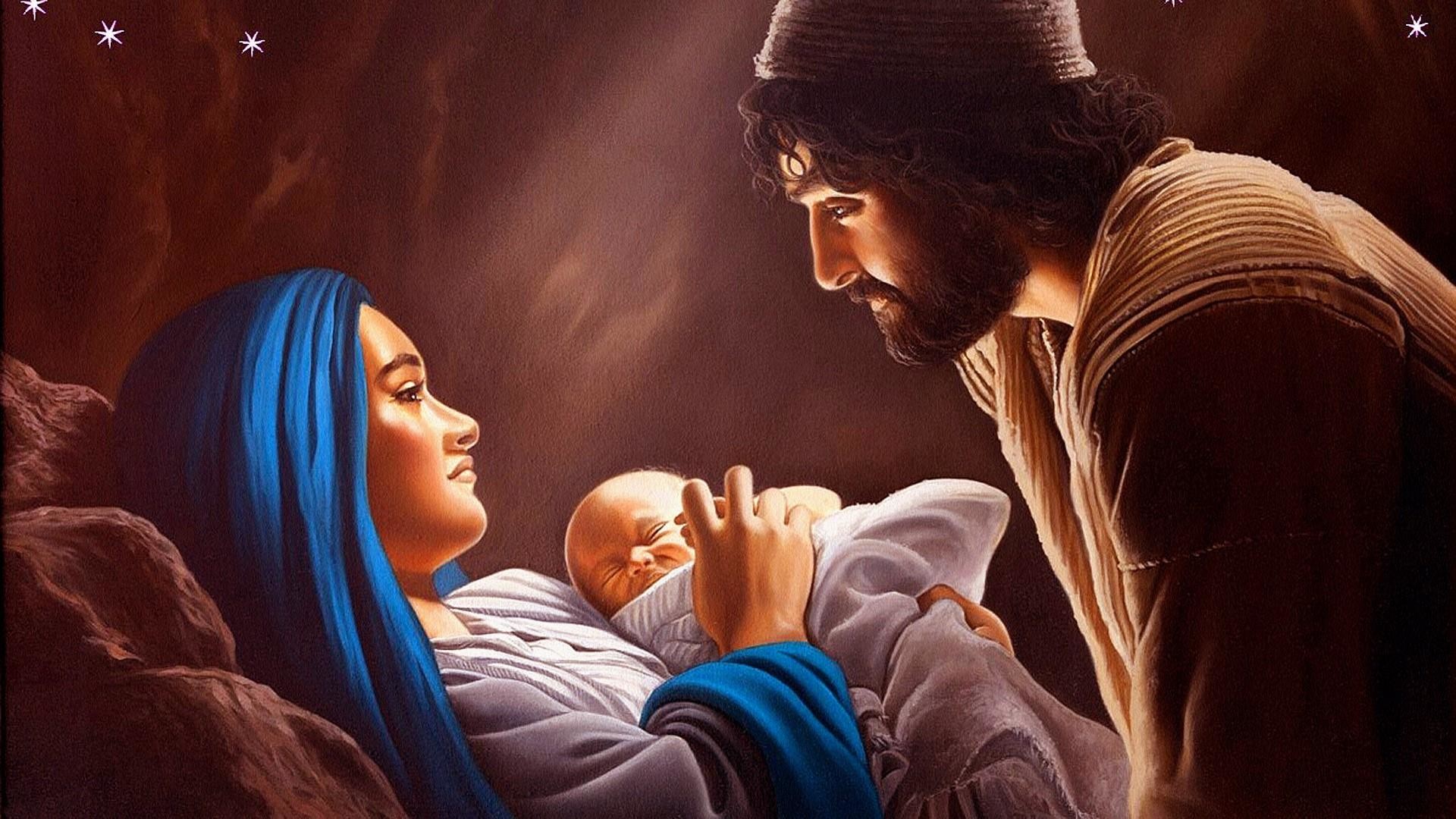 The Holy Family
Image by: Unknown 1

On the first Sunday after Christmas each year, we celebrate the Feast of the Holy Family. Sacred Scripture and the Church presents the Holy Family as a model for us and for our families. From the very beginning God defined marriage and established the family. And from the Book of Sirach, this is confirmed: “Children, pay heed to a father’s right; do so that you may live. For the LORD sets a father in honor over his children; a mother’s authority He confirms over her sons. 1

Joseph, described as a just and righteous man, was the head of the Holy Family, and according to Jewish law and tradition, he was the legal father of Jesus. In this we see that God considered fatherhood so important that He personally selected Joseph to serve as the earthly father of His Only Begotten Son. So, vital is the father to the family that God would not allow Mary and Jesus to go forth from fatherless home. The Book of Sirach, affirms the necessity of a father's role in saying, “A father’s blessing gives a family firm roots.”2 Sadly, this viewpoint differs markedly from some current philosophies where the father is denounced and deemed unnecessary.

Tradition holds that Joseph and Mary took vows of virginity at an early age. Like Samuel, Mary was dedicated for Temple service at age three. At age four her father, Joachim died, and at age twelve her mother Anna died as well. In Jewish tradition, marriages between families were often prearranged at the time of the birth of a male child. The intent was to strengthen the family, provide protection for their offspring, and to preserve the kinship of the Tribes of Israel. However, in the case of Mary and Joseph, those arrangement either were not made or they were no longer possible to fulfill.

When Mary was of age to marry, she was taken to the Temple where a husband would be selected for her. The eligible bachelors were gathered and each was given a lily branch. When Mary passed in front of Joseph, his branch blossomed. Thus, statues of St. Joseph are always pictured with his holding a lily branch.

The marriage between Mary and Joseph was obviously orchestrated by the Holy Spirit. Mary was given in marriage to man dedicate to God, who had made a similar vow of chastity, and they were able to fulfill their vows in a marital union. Scripture doesn't allude to any other formal ceremony other than the betrothal. However in Jewish tradition, and our own, marriage is based on consent. Thus, their marriage was legal and valid, even though it was never consummated.

Mary, the mother of the Holy Family, through giving birth to Jesus, was the spouse of the Holy Spirit. She was conceived without sin and was protected from sin throughout her life. When the Angel Gabriel told Our Lady that she was going to conceive a child, she responded “How can this be, since I have no relations with a man?”3 In this she was reminding the angel of her vows to celibacy. Some scholars suggest that Mary was testing the message of the angel. She wanted to confirm that the message was from God. She knew that God would not ask her to break her vows. That the message was from God was confirmed when the angel told her that the birth of her Child would be an act of God - not an act of man. In response, Mary said, “May it be done to me according to your word."4

So, given the unique, and Divinely Directed, composition of the Holy Family: A skeptical question often arises. Since Jesus was the Son of God; Mary was conceived without sin, and Joseph was divinely chosen to father of the Holy Family; how are we who are born of human parents, born in sin, and possessing a fallen human nature, capable of modeling the Holy Family?

To response to this question, we need to learn more about ourselves. Yes, we were born of natural human biological fathers, and Jesus was of Divine Origin, born of God. But there is less difference between the two than we may realize.

Hear the words of St. Paul to the Ephesians. “I kneel before the Father, from Whom every family in heaven and on earth is named.”5 What St. Paul is saying is that “All fatherhood has its origin in God.” 6 Thus, in addition to our human origin, we have divine origin and purpose as well, since we were all fathered by God. Jesus stresses this point when He says,“Call no one on earth your father; you have but one Father in heaven.” 7

Knowing that God is our Father, we can not only model the Holy Family, we are part of the Holy Family, We are, in spirit and in fact, brothers and sisters of Joseph and Mary, brothers and sisters of Christ, having the same Father. But there is more, much more. Through our baptism we have been born of God: born in a supernatural way from our Heavenly Father. This is confirmed by St. John, the Evangelist, “He came to what was His own, but His own people did not accept Him. But to those who did accept Him, He gave power to become children of God, to those who believe in His name, who were born not by natural generation, nor by human choice, nor by a man’s decision, but of God.”8

A second element, often overlooked in modeling the Holy Family, is the matter of Grace. Through grace we overcome our fallen human nature and our tendency to sin. Actual grace enables us to deal with various situations we face, and sanctifying grace leads us to holiness and divine life. As stated in the Catechism, “The grace of Christ is the gratuitous gift that God makes to us of His own life, infused by the Holy Spirit into our soul, to heal it of sin and to sanctify it. It is the sanctifying or deifying grace received in Baptism. It is in us the source of the work of sanctification." 9 This revelation is highly worthy of our meditation. God's life was infused into the Holy Family. It was grace that allowed Joseph and Mary to marry. It was grace through which Mary said, “May it be done to me according to Your Word.” 10 And, through grace God's own life has been infused into our souls. Through His life we are cleansed from sin, and sanctified. The more we strive for holiness, the more we seek God's Grace, the more we become like the Holy Family, the more we become like Christ.

The holiness of the Holy Family should not be seen as an obstacle, as an impossibility. Rather, it should be seen in terms of its possibilities. Hopefully, through modeling the Holy Family, we can come to a deeper realization of who we are, and realize the greatness of the gifts we have been given. The more we open ourselves to God's Love, to God's Grace, the more our families become holy families. Pope Saint John Paul II once said, “Family, believe in what you are; believe in your vocation to be a luminous sign of God's love.”11 “The Holy Family is the beginning of countless other holy families.”12 God's own life has been infused into our souls. What more could we possibly need?