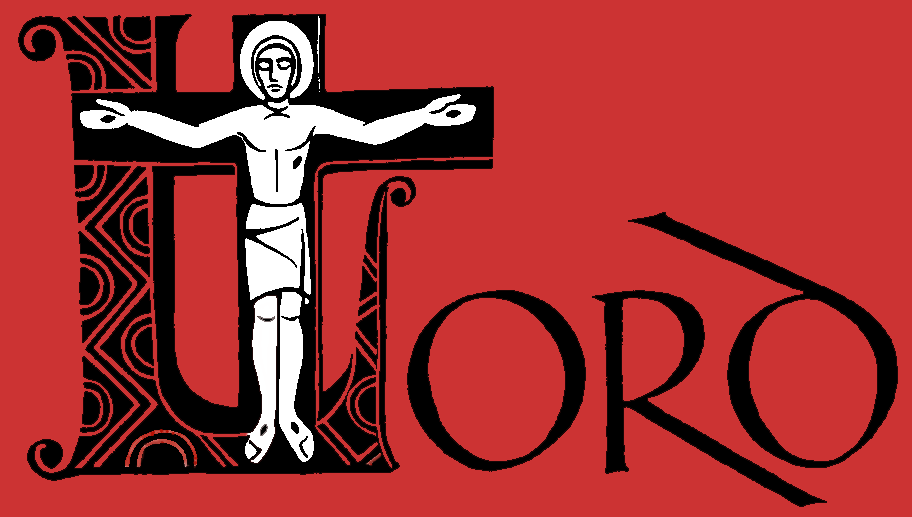 Last Sunday we heard Jesus tell us that we need to raise our moral standards. He said that the righteousness of Christians must surpass that of the scribes and Pharisees, he expects Christians to be Christians even when we are angry, he warns us about the dangers of lust, he said that those who divorce and remarry commit adultery, and he said to let your yes mean yes and your no mean no instead of taking oaths on sacred things like the temple or heaven.

After hearing today’s Gospel, it is clear that Jesus wasn’t finished raising the moral standards. He teaches us not to retaliate when someone insults us, and expects us to love our enemies and pray for those who persecute us. How high has he raised the moral standards? All the way to the top. He tells us that we are to (Mt. 5:48), “…be perfect, just as your heavenly Father is perfect.” In other words, the goal for every Christian is to become a saint. We can only accomplish that with the help and grace of God. We cannot do it by ourselves.

Our normal response to someone who insults us is to retaliate. We want to get even with them, you know, an eye for an eye and a tooth for a tooth. However, as Christians we are held to a higher moral standard. Remember last Sunday Jesus told us that what we do while we are angry makes a liable for judgment (Mt. 5:22). Jesus expects us to control our emotions, and not respond in kind when we are insulted. He used the example of being slapped on the cheek.

Let’s be clear, Jesus wasn’t saying that we can’t defend ourselves from a bully. If someone is trying to beat us up, we are allowed to defend ourselves. However, we need to stay in control of our emotions so that in defending ourselves we don’t beat the bully to a pulp.

What do we do when someone insults us? We walk away. Responding in kind only escalates the situation and makes it worse.

Most people in this country know the story of Jackie Robinson. He was the first African American baseball player in the major leagues. He was instructed not to retaliate during his first year in major league baseball. Maintaining his poise and controlling his anger during that first year was probably the most difficult thing he ever did. By doing so, he held the moral high ground, and paved the way for other African American baseball players to join the major leagues.

Holding the moral high ground is also to be the best way to bring positive changes to any culture. The early Christians, Gandhi, and Martin Luther King Jr. used nonviolence in order to bring change. The early Christians took seriously our Lord’s teaching on not retaliating, and eventually converted the Roman Empire with their witness of love in the midst of tremendous persecution and suffering. The early Christians never lost the moral high ground. Through nonviolence and not retaliating, Gandhi helped lead the nation of India to independence, and Martin Luther King Jr. led the civil rights movement in this country.

Nonviolence and a refusal to retaliate is a strategy that works. We have seen it work. Thus, we can’t dismiss Jesus’ words about not retaliating as pious gibberish that won’t work on planet earth. It does work. However, it will be the hardest work we will ever do. In addition to probably being the hardest thing we will do, it also takes a long time for it to work. Therefore, it demands patience. For example, faithfully praying outside of an abortion clinic week after week, year after year demands patience. Love demands it. Unfortunately, a few have become impatient and have bombed abortion clinics, and shot doctors that performed abortions. Those acts of violence are reprehensible, and are not the actions of true Christians. We should never do anything that causes us to lose the moral high ground.

Jesus tells us to love our enemies and pray for those who persecute us. Nowhere does Jesus say to shoot them, abuse them, or harm them in any way. Violence against abortion providers or anyone who insults us is exactly what Jesus wants us to avoid because it makes things worse rather than better. In addition, violence is an offense against love. Jesus gave us an example from the cross when he said (Luke 23:34), “Father forgive them for they know not what they do.”

We must love our enemies and pray for those who persecute us. If we don’t, the hatred and unforgiveable in our hearts will destroy us from the inside out. We will become more and more bitter and miserable the longer we hang on to the anger and thoughts of revenge.

Think about that for a moment. Someone did something to hurt you or your family, and you still haven’t forgiven them. You are bitter and becoming more and more miserable. Because you are holding on to that anger, you are allowing that person to still hurt you after all those months or years. Why do you allow that! Why do you allow them to still harm you! By holding on to what you think is righteous anger, you are allowing that person to control your life. They have you in a prison of bitterness and anger, and you stay there for what reason? It makes no sense at all. Why do people do it? Because their emotions have gotten the better of them, they aren’t thinking.

If we would stop and think for a moment, the logic of our Lord’s teaching on loving our enemy becomes clear to us. Because only God has all the information on why someone would do something to harm us, we need to surrender all judgment to Him. We will let God be the judge since He is much more qualified than we are. And because we don’t want the person to harm anyone else, we’re going to pray for them. Their conversion will be one of our intentions when we pray the rosary, and we can pray for that person like this, “Lord may that person become the child of God you know they can be, and may I become the child of God you know I can be.”

When we surrender judgment to God, and pray for the person that has harmed us, we find peace, we find release from the prison of misery, bitterness, and anger. We are now free to love, rather than a prisoner of anger and bitterness. Amen?

Now, let’s be clear about what we mean by loving our enemies. Jesus isn’t talking about having warm feelings about them. He doesn’t mean you will love your enemies like you love your spouse, children, parents, and friends. The love he has in mind is what St. Paul wrote (1Cor.13:4): “Love is patient. Love is kind.” Patience and kindness towards those who have harmed us is what Jesus has in mind. We are kind towards them when we don’t retaliate, and pray for them. We are patient toward them when we pray for them for as long as it takes. When we do that, we will notice that with the passage of time our anger and bitterness towards them decreases. The anger and bitterness don’t go away right away, but with time it does, and with that comes the freedom to love as our Lord Jesus commands us.

One more thing, it may be prudent to avoid the person who has harmed you or your family. While you are patiently praying for their conversion, you may need to avoid contact with them. That is okay. That is logical.

Jesus has set the moral standard all the way to the top, so that with the help and grace of God we may humbly stand on the high moral ground. That doesn’t mean we won’t make mistakes and fall into sin. Jesus knows we are going to do that, so he gave us the sacrament of reconciliation (John 20:22-23). One reason why the saints became saints was because they frequently went to confession. We will still fall into sin as we strive to be saints. I went to the seminary at St. Meinrad in Indiana. The former abbot of Saint Meinrad used to give retreats in Calcutta for Mother Teresa and her sisters. From time to time he would tell us this story. He was hearing confessions during a retreat. On one occasion a nun came around behind him after he heard her confession, and tapped him on the shoulder. He turned around to see Mother Teresa. She told him, “Now you know I’m not a saint.”

Mother Angelica is the founder of the Catholic television station, EWTN, and is admired by many Catholics in this country. She obviously is a woman of great faith. She has overseen lots of construction projects. In one of her books she wrote that when overseeing construction projects she needed to go to confession almost every day.

Folks, our Lord set the moral standard all the way to the top. On the way there we will make mistakes, and fall into sin. That means we will be frequenting the confessional more than we would like. Let’s not allow our moral failures and our sins get in our way on the road to holiness. We confess them, and with the help and grace of God we keep striving to be perfect just as our heavenly Father is perfect. Amen?1