Angels of the Second Sphere work as heavenly governors.

The Thrones (Gr. thronos) are a class of celestial beings mentioned by Paul of Tarsus in Colossians 1:16 (New Testament) and related to the throne of God the Father. They are living symbols of God's justice and authority. They come the closest of all Angels to spiritual perfection and emanate the light of God with mirror-like goodness. They, despite their greatness, are intensely humble, an attribute that allows them to dispense justice with perfect objectivity and without fear of pride or ambition. Because they are living symbols of God's justice and authority, they are called Thrones and have as one of their symbols the throne. These high celestial beings are mentioned again in Revelation 11:16. The Thrones (Gr. thronos) may possibly be equated with the Lords of Wisdom, a Hierarchy of Elohim. According to this source, the Lords of Wisdom (here equated with the Thrones; thronos) and the higher Lords of the Flame (Thrones/Wheels: Ophanim) have worked together in a far past toward the development of mankind. 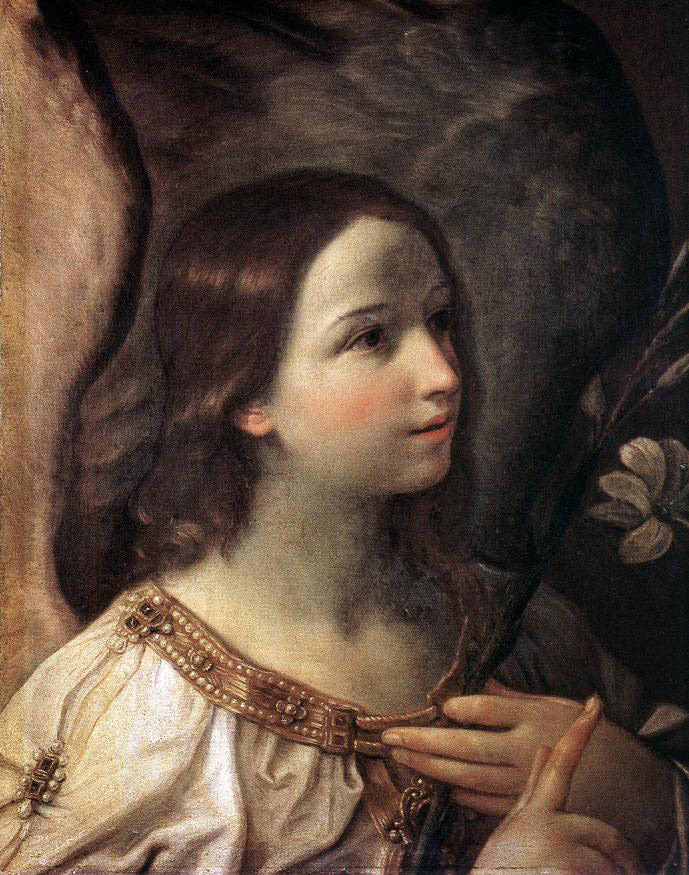 Angel of the Annunciation
by Guido Reni1

The Dominions (lat. dominatio, pl. dominationes), also known as the Hashmallim hold the task of regulating the duties of lower angels. It is only with extreme rarity that the angelic lords make themselves physically known to mortals. Instead, they quietly concern themselves with the details of existence. They are also the angels who preside over nations. The Dominions are believed to look like divinely beautiful humans with a pair of feathered wings, much like the common representation of Angels, but they are physically characterized from other groups as wielding orbs of light fastened to the heads of their scepters or on the pommel of their swords. The Dominions may possibly be equated with the Lords of Individuality, a Hierarchy of Elohim. They inhabit, the World of Life Spirit, which is the home of Christ, The Son. 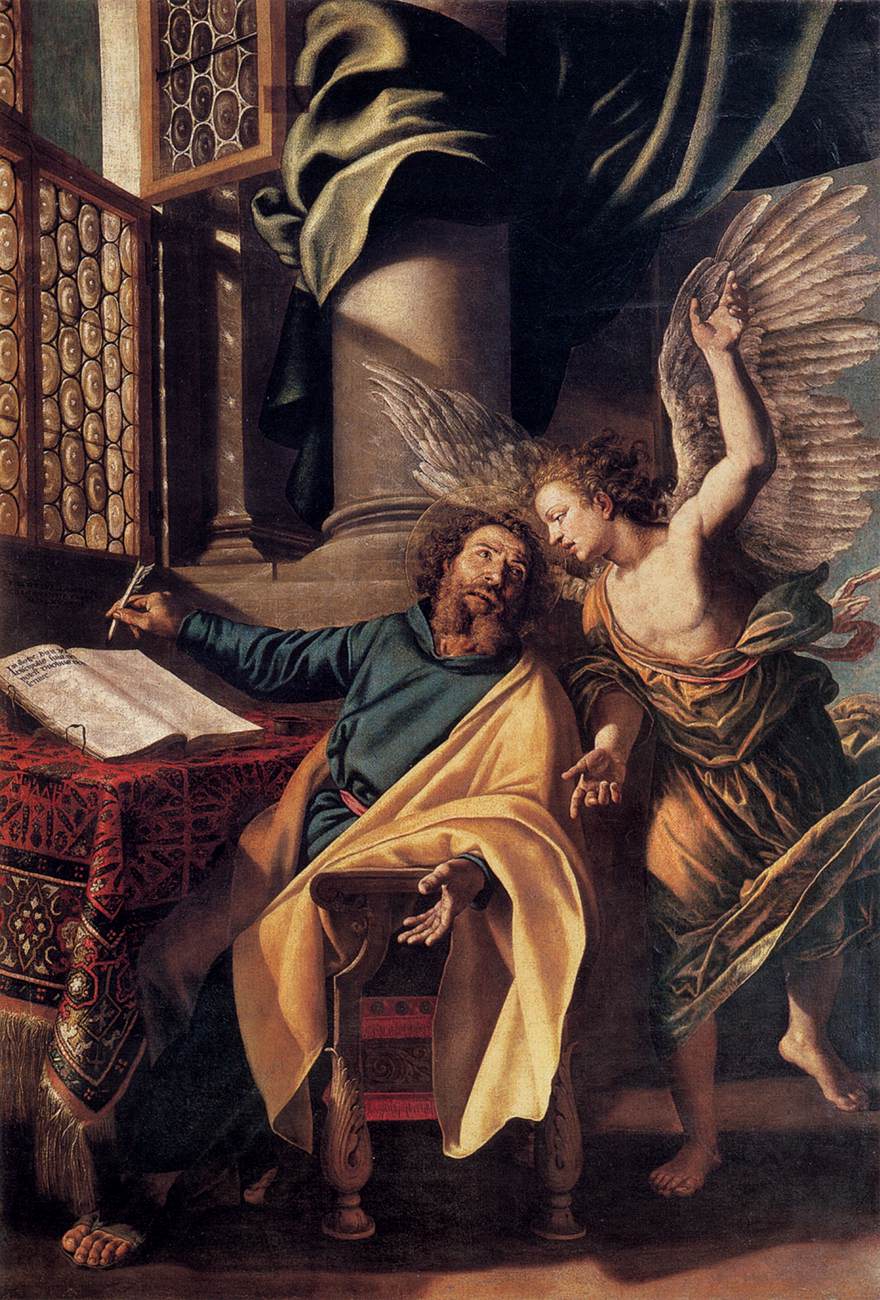 Saint Matthew and the Angel
by Vincenzo Campi2

The Principalities are also translated, from the Greek term "arche", as Princedoms and also Rulers (see Greek root in Eph 3:10). These celestial beings appear to collaborate, in power and authority (as implied in their etymology source), with the Powers (Authorities). Rulers develop ideologies whereas Authorities write the documents and doctrines. Both Rulers (Principalities) and Authorities (Powers) are involved in formulating ideologies. However, Rulers are more focused on specific lines of thought whereas Authorities are all-encompassing. Paul used the term rule and authority in Ephesians 1:21 , and rulers and authorities in Ephesians 3:10 . He may have been referring to the rulers and authorities of men or societies, instead of referring to angels. 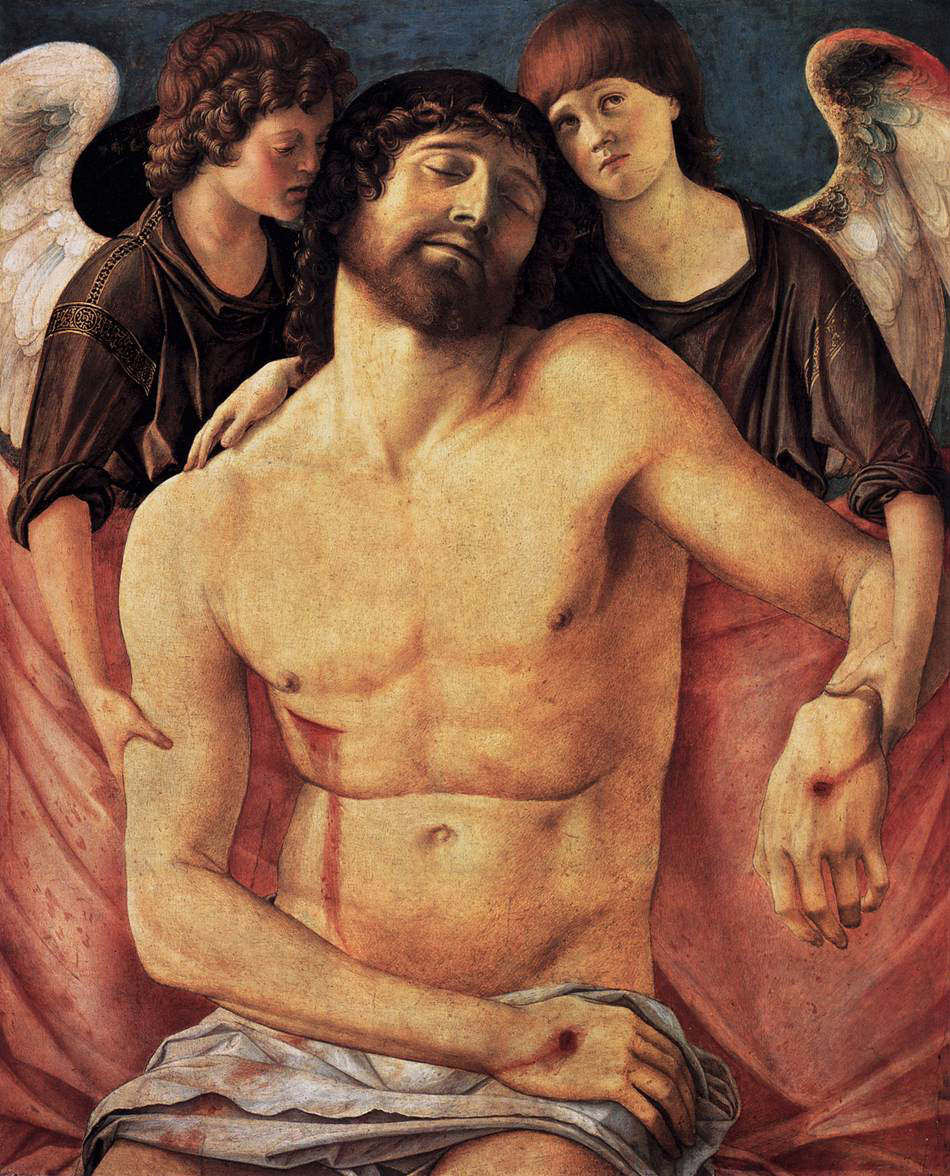 The Virtues (Strongholds), also called Malakhim or Tarshishim, lie beyond the Thrones/Wheels(Ophanim). Their primary duty is to supervise the movements of the heavenly bodies in order to ensure that the cosmos remains in order. The term appears to be linked to the attribute "Might", from the Greek root "dunamis" in Ephesians 1:21, which is also translated as "Virtue" (probably due to the powerful nature of these high celestial beings; see quotation below). They are presented as the celestial Choir "Virtues", in the Summa Theologica, and the theological conception of these beings appears to describe the same high Order, in touch with God the Father, called the Thrones (Gr. thronos).

From Dionysius the Areopagite: "The name of the holy Virtues signifies a certain powerful and unshakable virility welling forth into all their Godlike energies; not being weak and feeble for any reception of the divine Illuminations granted to it; mounting upwards in fullness of power to an assimilation with God; never falling away from the Divine Life through its own weakness, but ascending unwaveringly to the superessential Virtue which is the Source of virtue: fashioning itself, as far as it may, in virtue; perfectly turned towards the Source of virtue, and flowing forth providentially to those below it, abundantly filling them with virtue." 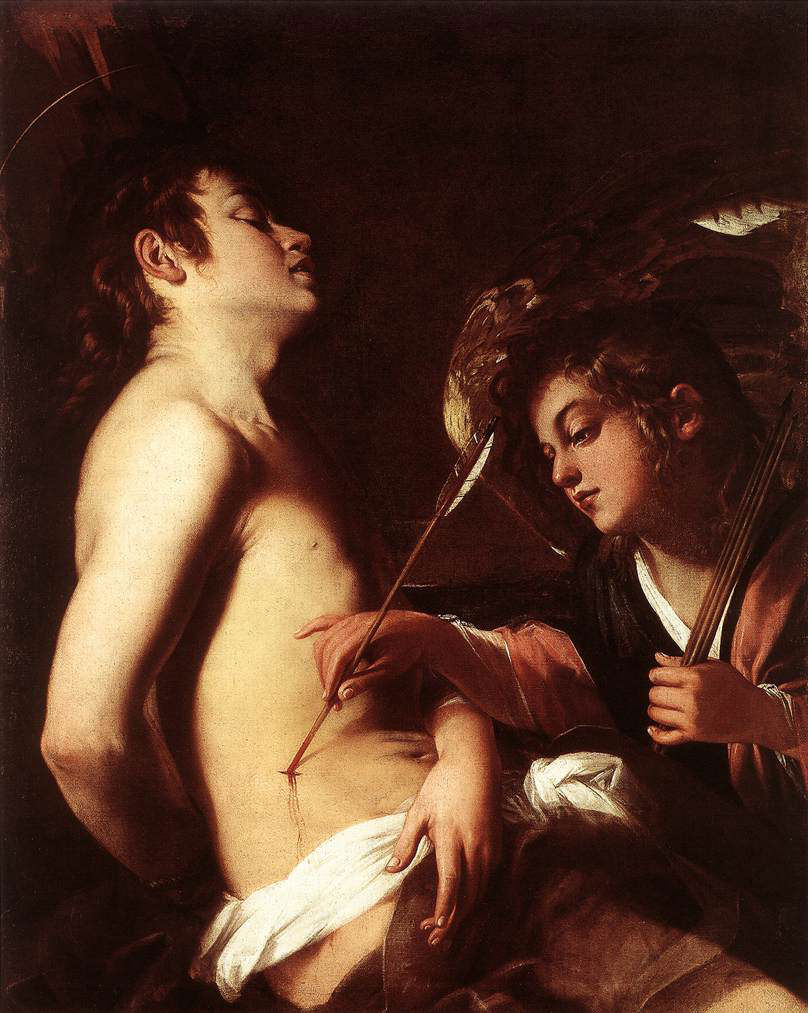 Saint Sebastian Healed by an Angel
by Giovanni Baglione4

The Principalities (lat. principatus, pl. principatūs) are shown wearing a crown and carrying a scepter. Their duty also is said to be to carry out the orders given to them by the Dominions and bequeath blessings to the material world. Their task is to oversee groups of people. As beings related to the world of the germinal ideas, they are said to inspire living things to many things such as art or science. The Principalities may possibly be equated with the Lords of Form, a Hierarchy of Elohim. They inhabit, the World of Thought in the Region of Abstract Thought (higher region; the Christian Third Heaven), which is the home of The Holy Spirit. 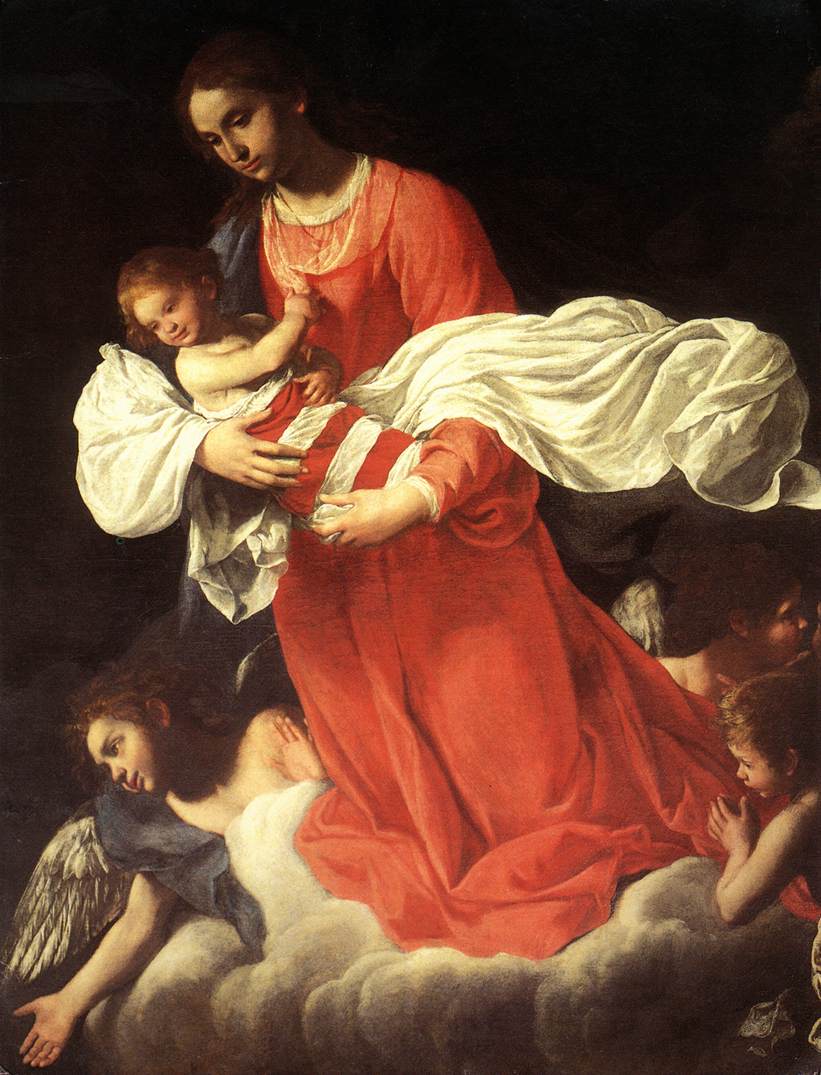 The Virgin and the Child with Angels
by Giovanni Baglione5

The Dominions are also translated from the Greek term "kuriotes" as Lordships, related to the Lord Christ-Jesus, and also Leaders. They are presented as the hierarchy of celestial beings Lordships in the De Coelesti Hierarchia.