Angels who function as heavenly messengers and soldiers.

The Powers (lat. potestas (f), pl. potestates) are the bearers of conscience and the keepers of history. The angels of birth and death are Powers (?). They are academically driven and are concerned with ideology, philosophy, theology, religion, and documents pertaining to those studies. Powers are the brain trusts: a group of experts who serve as advisers and policy planners. They are also the warrior angels created to be completely loyal to God, thus the only order created after the fall. Some believe that no Powers have ever fallen from Grace but others say that not only have some of them Fallen, the Devil was believed to have been the Chief of the Powers before he Fell (see also Ephesians 6:12) Their duty is to oversee the distribution of power among mankind, hence their name. The Powers may possibly be equated with the Lords of Mind, a Hierarchy of Elohim. They inhabit, the World of Thought in the Region of Concrete Thought (lower region; the Christian Second Heaven), which is the location of the human mind. This region is also described as the place where one of the three records of the Memory of Nature, covering the essence of a whole life or events, is kept-stored.

Paul used the term powers in Colossians 1:16 and Ephesians 1:21 but he may have used it to refer to the powers of nations, societies or individuals, instead of referring to angels. 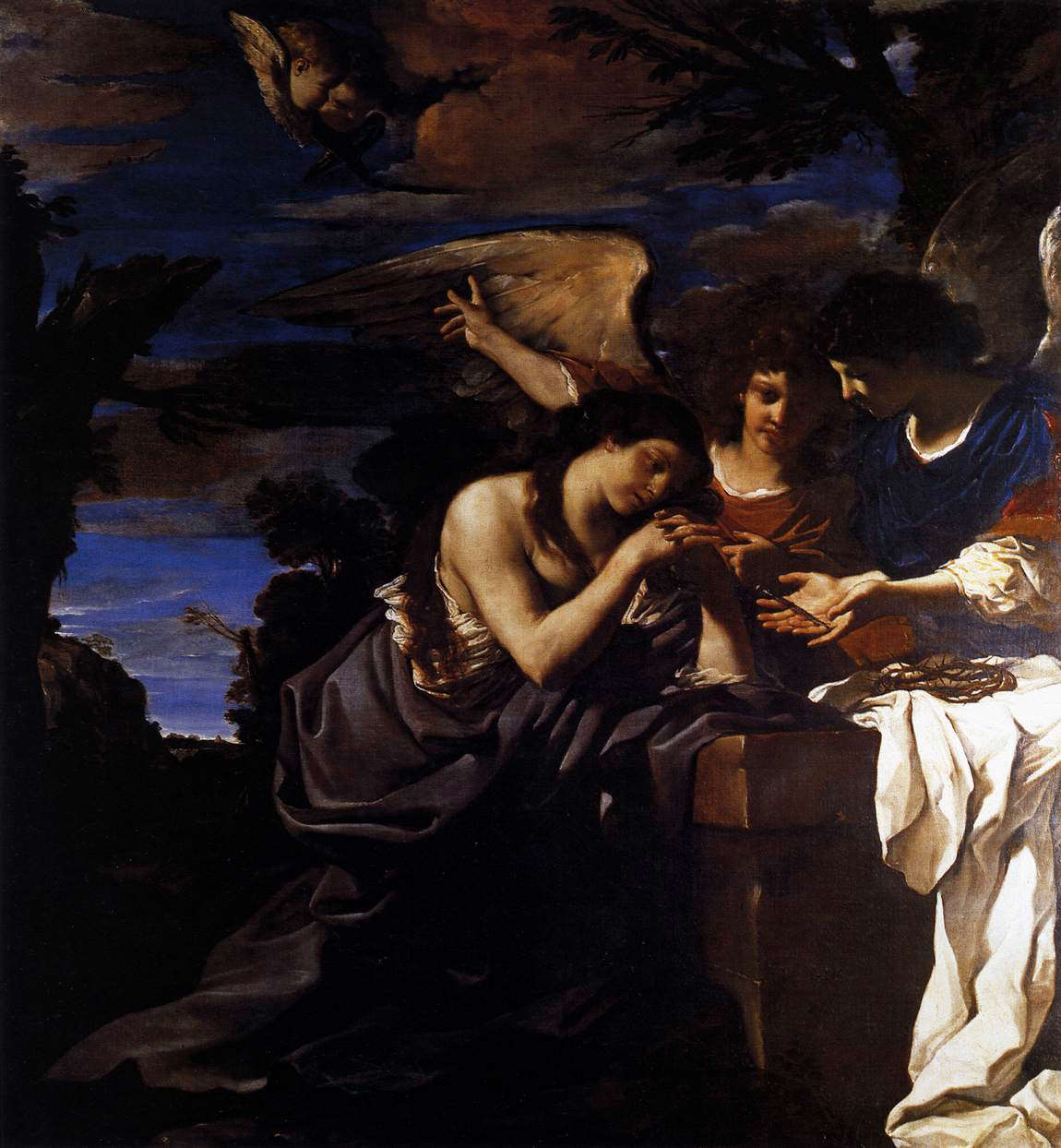 The word Archangel comes from the Greek αρχάγγελος (archaggělǒs), meaning chief angel. It derives from the Greek archō, meaning to be first in political rank or power; and aggělǒs which means messenger. This suggests that they are the highest ranking angels. The word is only used twice in the Bible: 1 Thessalonians 4:16 and Jude 1:9. Only Michael and Gabriel are mentioned by name in the Holy Bible. Michael is the only angel the Bible names expressly as an Archangel. In Daniel he is referred to as "one of the chief princes". The word "prince" here is the ancient Hebrew word sar, which means: "a head person (of any rank or class), a chief, a general etc." In most Christian traditions Gabriel is also considered an Archangel, but there is no direct literal support for this assumption.

The name of the Archangel Raphael appears only in the Deuterocanonical Book of Tobit (Tobias). Tobit is considered canonical by Catholics, Orthodox and some Protestants. Raphael said to Tobias that he was "one of the seven who stand before the Lord", and it is generally believed that Michael and Gabriel are two of the other seven. Another possible interpretation of the "seven" is that the seven are the seven spirits of God that stand before the throne. They are said to be the guardian angels of nations and countries, and are concerned with the issues and events surrounding these, including politics, military matters, commerce and trade: e.g. Archangel Michael is traditionally seen as the protector of Israel and of the Ecclesia (Gr. root ekklesia from the New Testament passages), theologically equated as the Church, the forerunner of the spiritual New Israel. One of their duties is to influence who amongst living things will rule. 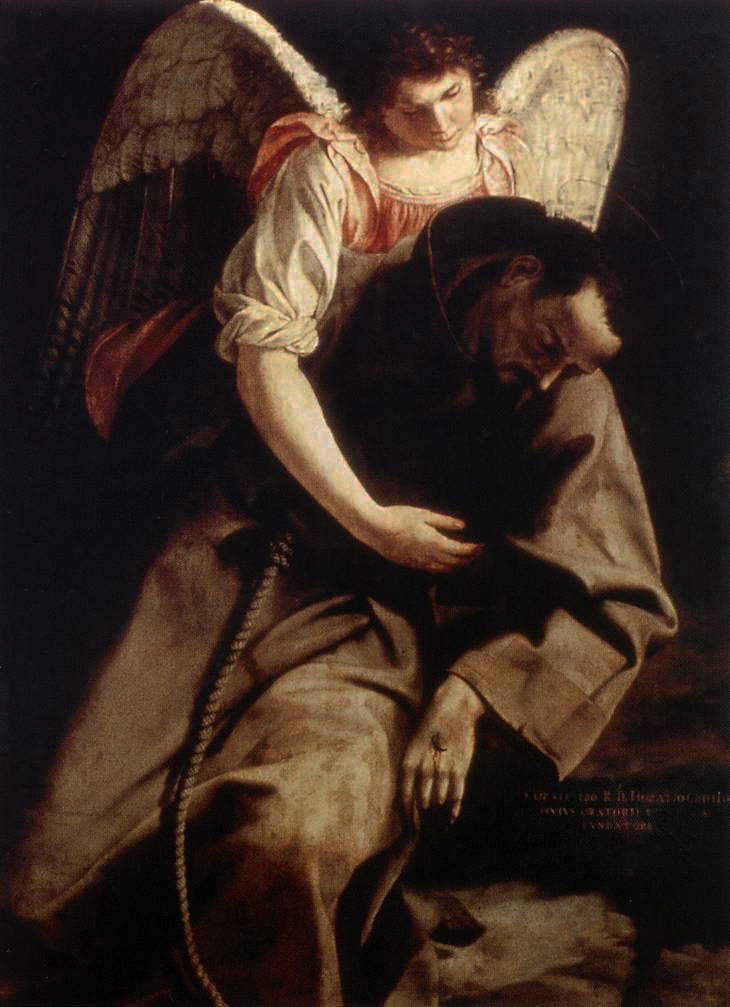 Saint Francis and the Angel
by Orazio Gentileschi2

The Powers are also translated, from the Greek term "exousia", as Authorities (see Greek root in Eph 3:10). These celestial beings appear to collaborate, in power and authority (as implied in their etymology source), with the Principalities (Rulers). Rulers develop ideologies whereas Authorities write the documents and doctrines. Both Authorities (Powers) and Rulers (Principalities) are involved in formulating ideologies. However, Authorities are all-encompassing whereas Rulers are more focused on specific lines of thought. Authorities specialize in putting those ideas into print and in producing actual documents. 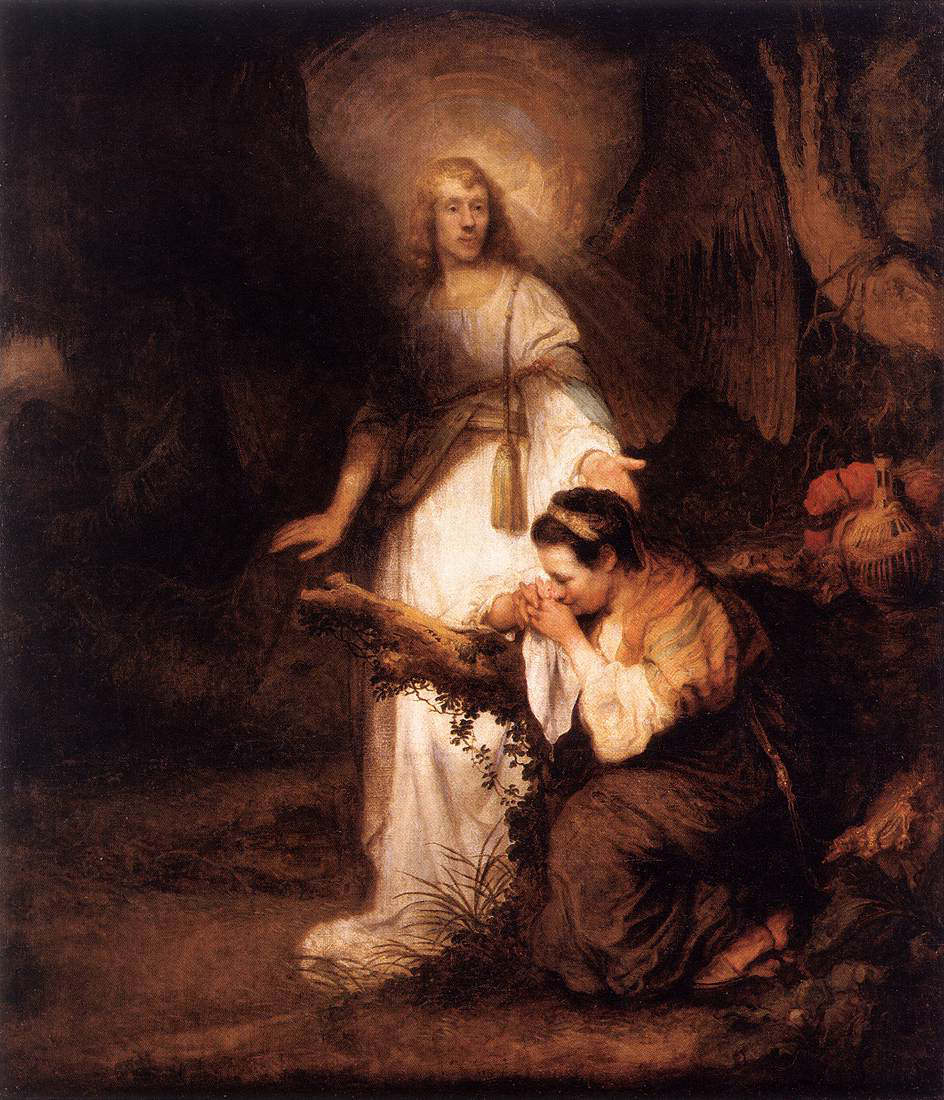 Hagar and the Angel
by Carel Fabritius3

The Angels are the lowest order of the angels, and the most familiar to men. They are the ones most concerned with the affairs of living things. Within the category of angels, there are many different kinds, with different functions. The angels are sent as messengers to men. 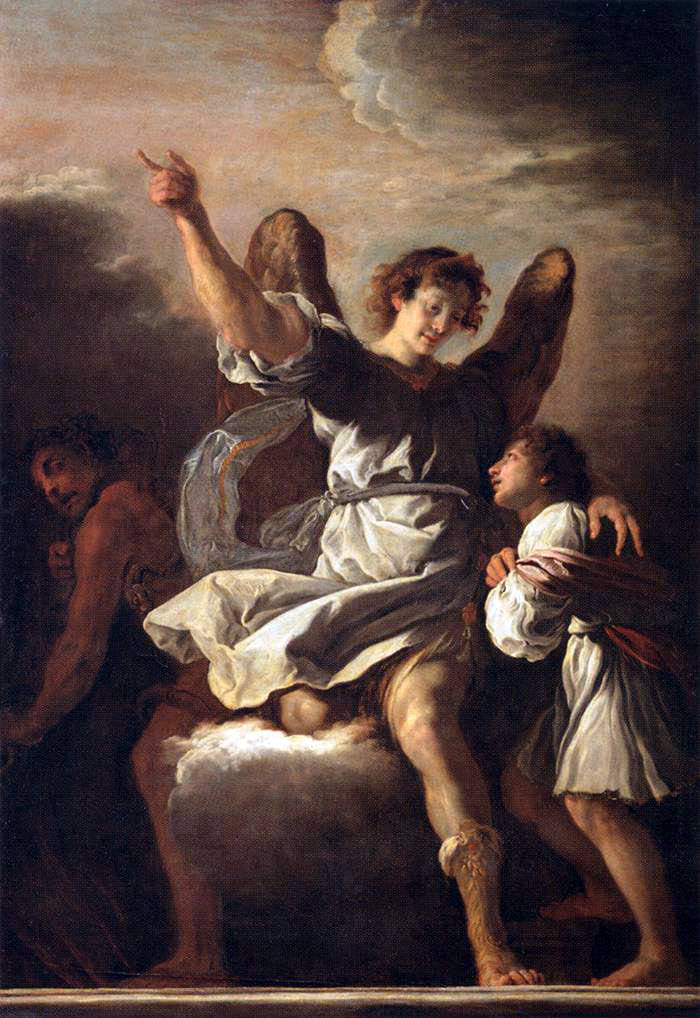