Patron of the Arts and Sciences

Hebrew: "God is my light"

Uriel is known as the angel of wisdom. He shines the light of God’s truth into the darkness of confusion. People sometimes ask for Uriel’s help to: seek God’s will before making decisions, come up with fresh creative ideas, learn new information, solve problems, resolve conflicts, let go of destructive emotions such as anxiety and anger that can prevent them from discerning wisdom, and recognize dangerous situations so they can try to avoid them.

In art, Uriel is often depicted carrying either a book or a scroll, both of which represent wisdom. Another symbol connected with Uriel is an open hand holding a flame, which represents God’s truth. Uriel is said to be the angel that was at Jesus' tomb.

Uriel isn’t mentioned in canonical religious texts from the world’s major religions, but he is mentioned significantly in major religious apocryphal texts. The Book of Enoch (part of the Jewish and Christian apocrypha, describes Uriel as one of seven archangels who preside over the world. Uriel warns the prophet Noah about the upcoming flood in Enoch chapter 10. In Enoch chapters 19 and 21, Uriel reveals that the fallen angels who rebelled against God will be judged and shows Enoch a vision of where they are “bound, until the infinite number of the days of their crimes be completed” (Enoch 21:3). In the Jewish and Christian apocryphal text 2 Esdras, God sends Uriel to answer a series of questions that the prophet Ezra asks God. When answering Ezra’s questions, Uriel tells him that God has permitted him to describe signs about good and evil at work in the world, but it will still be difficult for Ezra to understand from his limited human perspective. In 2 Esdras 4:10-11, Uriel asks Ezra: "You cannot understand the things with which you have grown up; how then can your mind comprehend the way of the Most High? And how can one who is already worn out by the corrupt world understand incorruption?" When Ezra asks questions about his personal life, such as how long he’ll live, Uriel replies: “Concerning the signs about which you ask me, I can tell you in part; but I was not sent to tell you concerning your life, for I do not know” (2 Esdras 4:52). In various Christian apocryphal gospels, Uriel rescues John the Baptist from being murdered by King Herod’s order to massacre young boys around the time of Jesus Christ’s birth. Uriel carries both John and his mother Elizabeth to join Jesus and his parents in Egypt. The Apocalypse of Peter describes Uriel as the angel of repentance. In Jewish tradition, Uriel is the one who checks the doors of homes throughout Egypt for lamb’s blood (representing faithfulness to God) during Passover, while a deadly plague strikes first-born children as a judgment for sin but spares the children of faithful families.1

Uriel, I thank God for making you so wise. Please shine the light of God's wisdom into my life whenever I'm facing an important decision, so I can decide in light of what's best. Please help me seek God's will in all situations. Give me the inspiration I need to come up with fresh, creative ideas. Help me learn new information well. Guide me toward solutions to the problems I face. Empower me to resolve conflicts with other people, and to let go of destructive emotions such as anxiety and anger that can prevent me from discerning divine wisdom. Amen.2 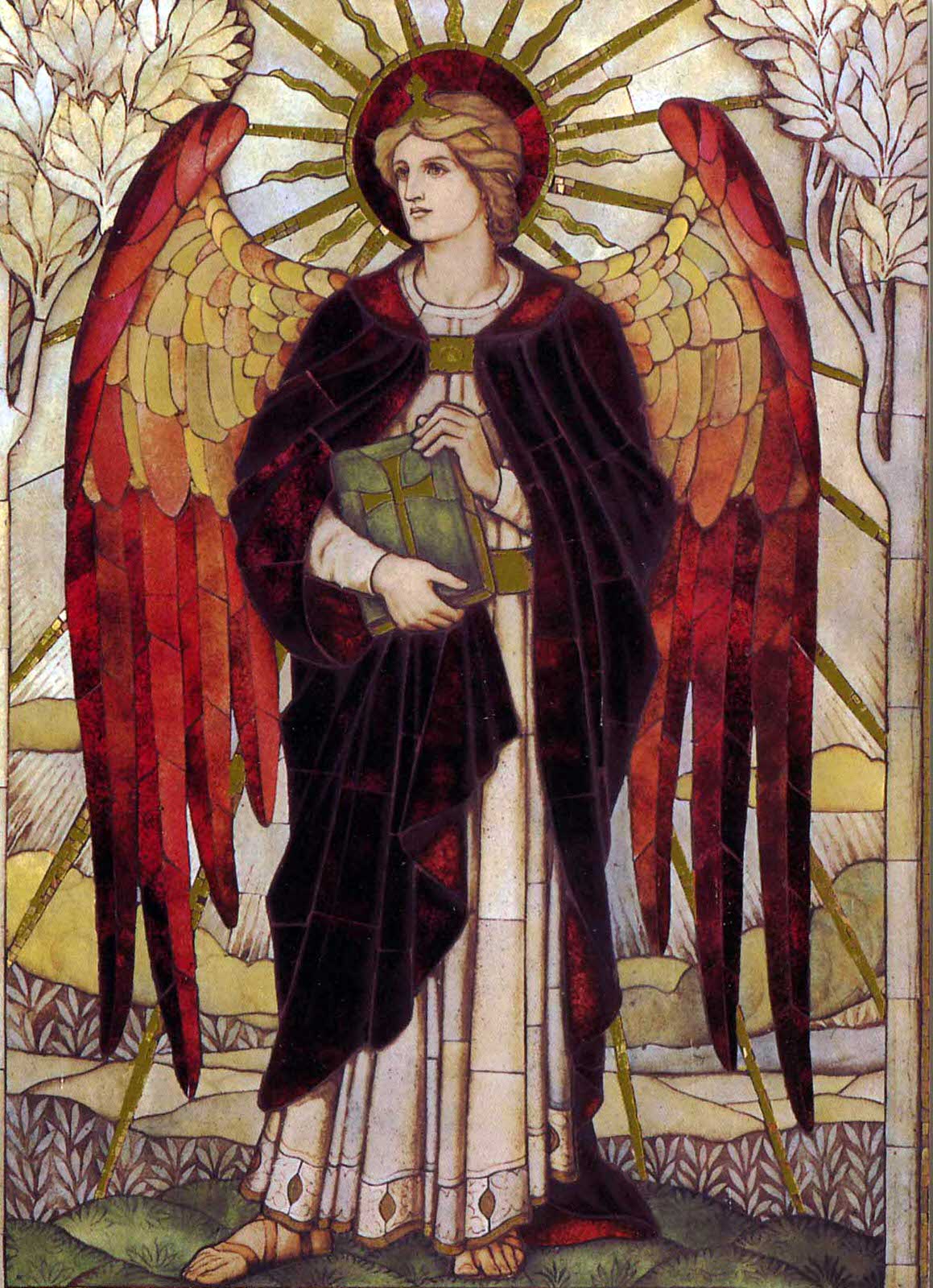 Archangel Uriel
by James Powell and Sons of the Whitefriars Foundry1