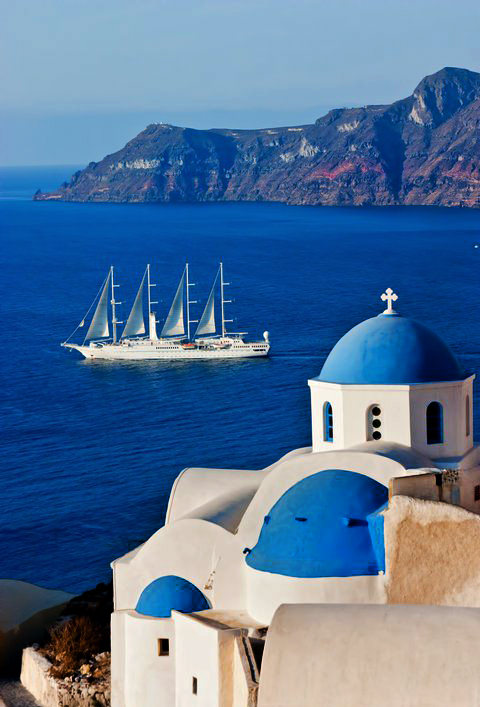 “The area of Oia, including Tholos and Foinikia hosts around 70 churches. Some of them have been built and others have been excavated just like the cave houses. The thing is that this large number of churches in such a small region is due to the maritime life of its habitants. This means that people used to build churches in order to ensure that the God would favor them with safe journeys. In particular, the relatives of the sailors and the captains, mainly their parents and their wives, promised to erect a church to a saint so that their beloved come back safe. The sailors and the captains on their part, used also to build churches promised to a saint because they had managed to survive during bad weather conditions or other dangerous situations. Consequently, most of these churches are privately owned as they were inherited by the ancestors of each family. The bonds of the families with their churches became even stricter as the dead family members were buried at these churches.”1 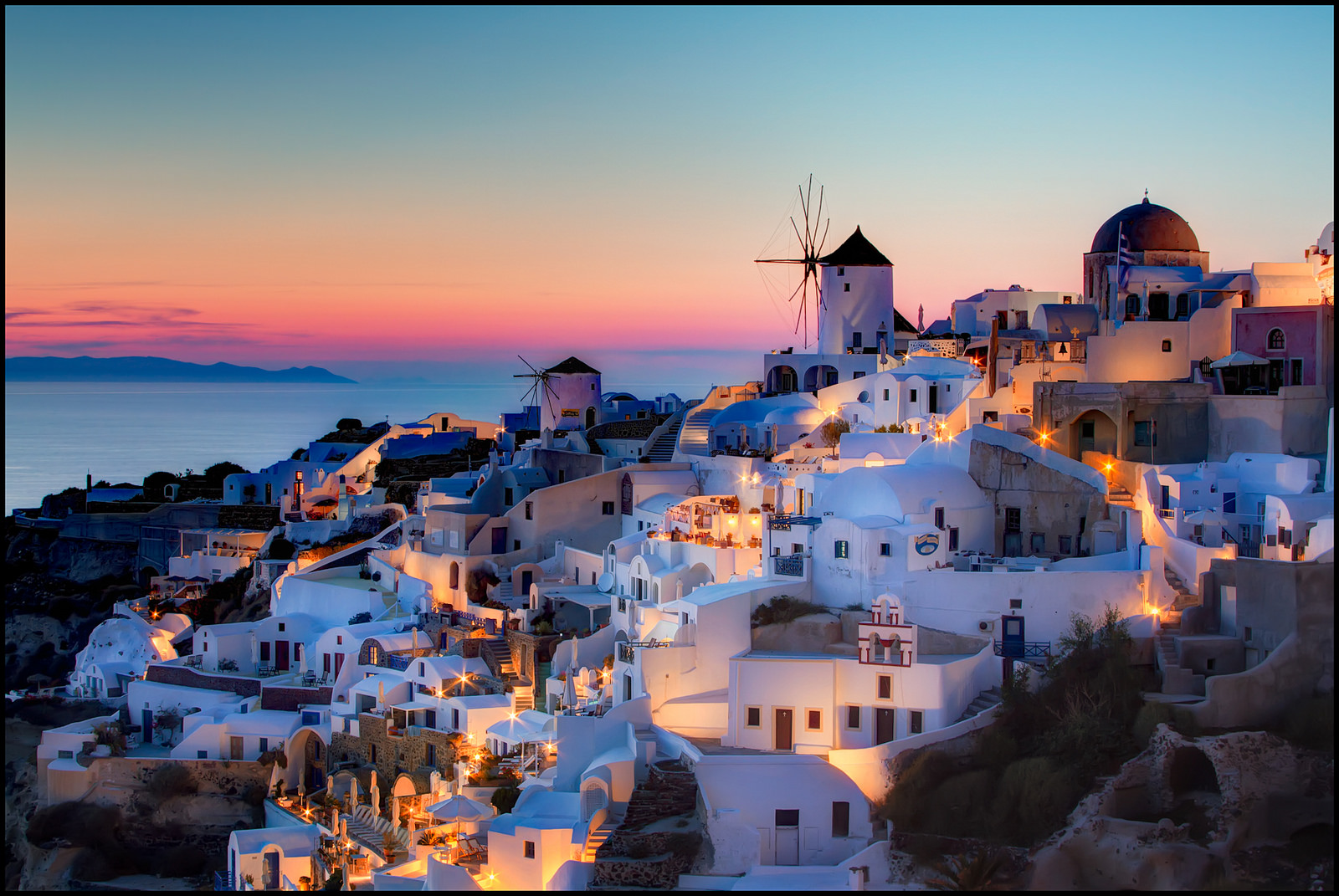 “The churches of Santorini, although very much part of the cubist architectural style, show a Western influence in their relatively large size … Before the 1956 earthquake, the island boasted some 260 churches. Most of those that have survived are of the one-aisled basilica type with dome, while others are cruciform in shape with dome.

The dome, which may be white, as in most churches, or blue, is frequently ridged rather than smooth. Sometimes it is capped by a lantern, a clearly Renaissance touch. The facade of the churches and cathedrals alike is dominated by the presence of twin bell towers.” 2 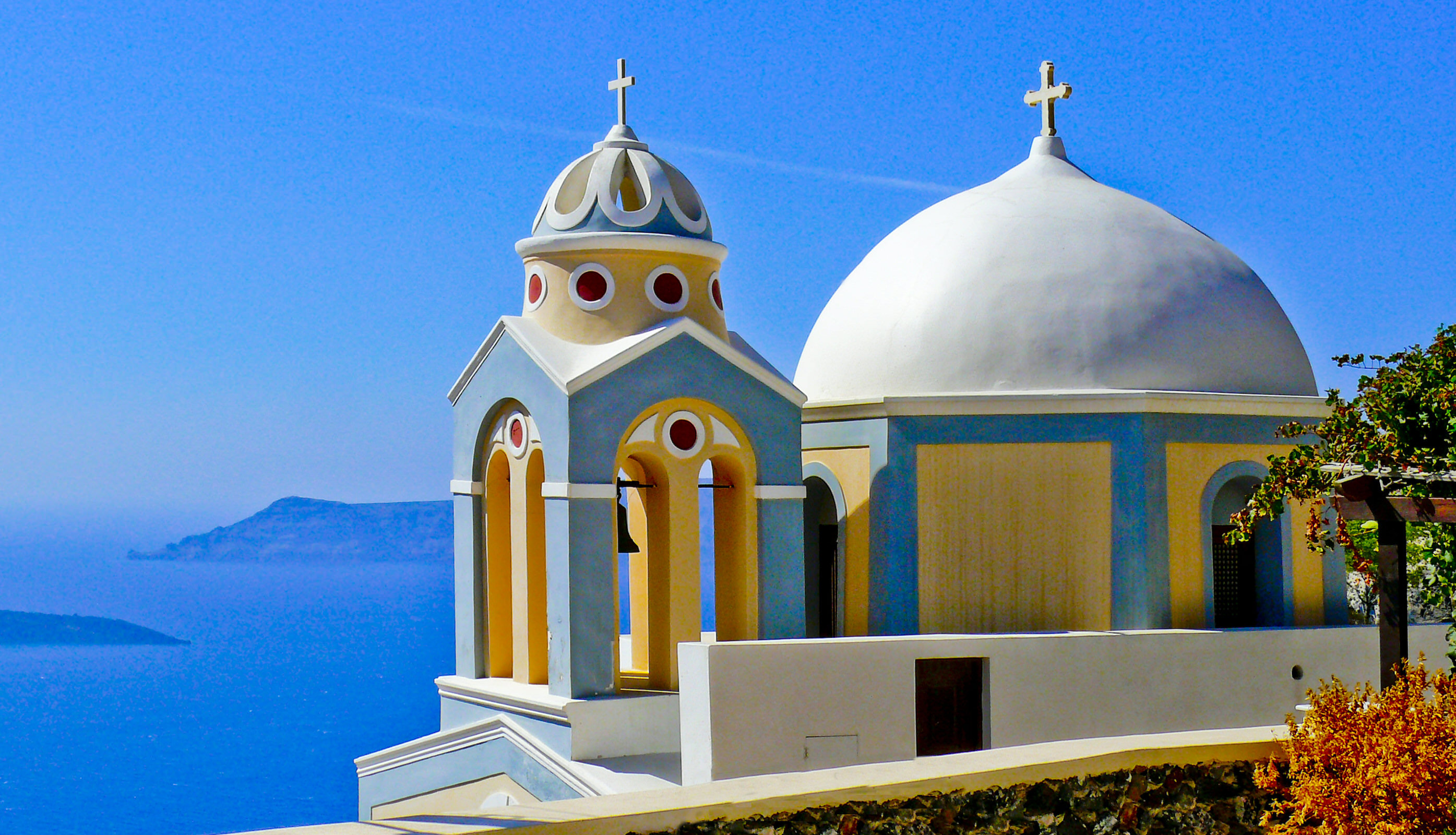 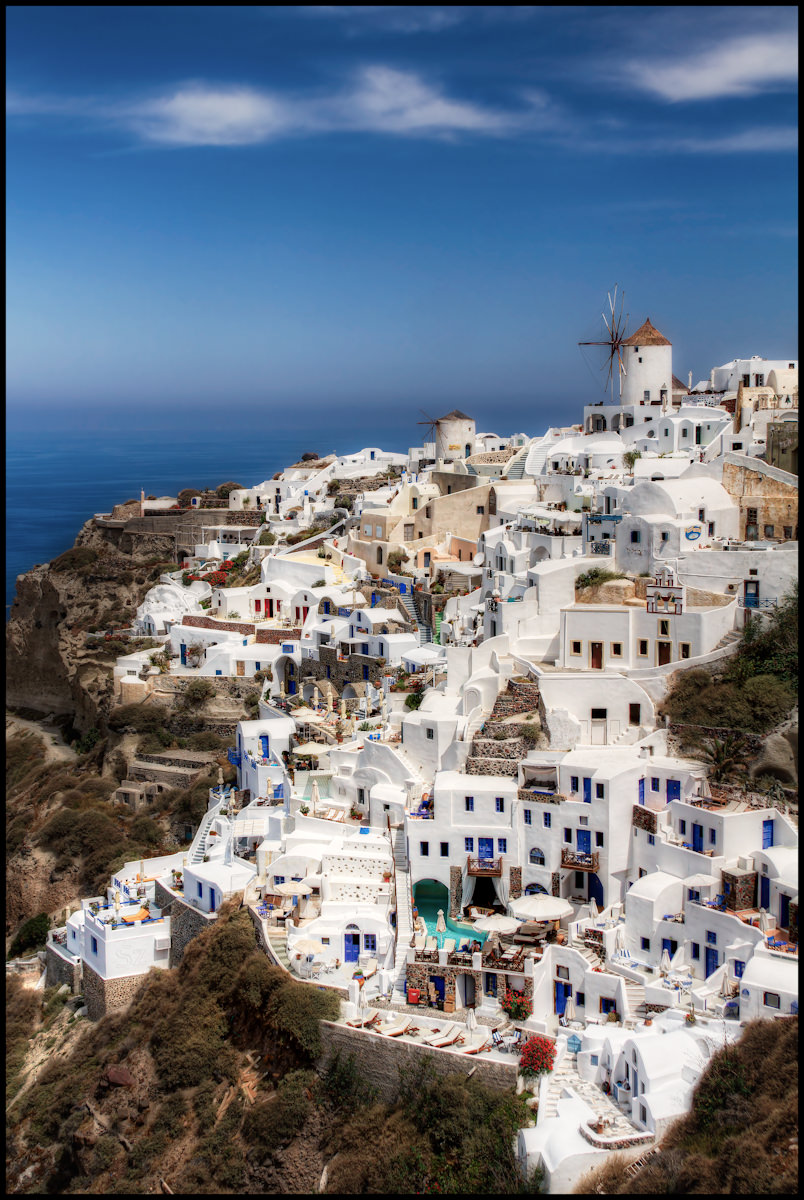 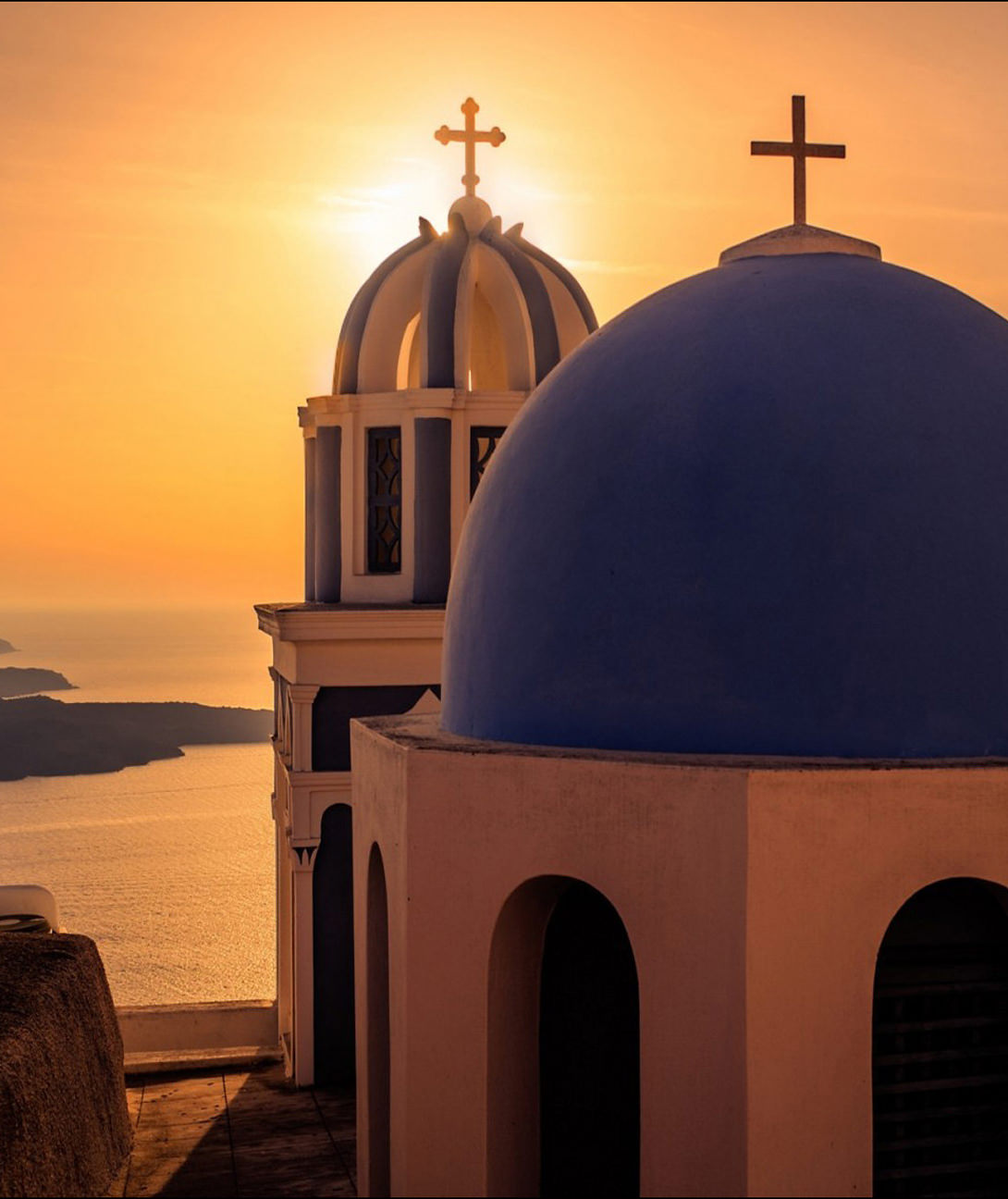 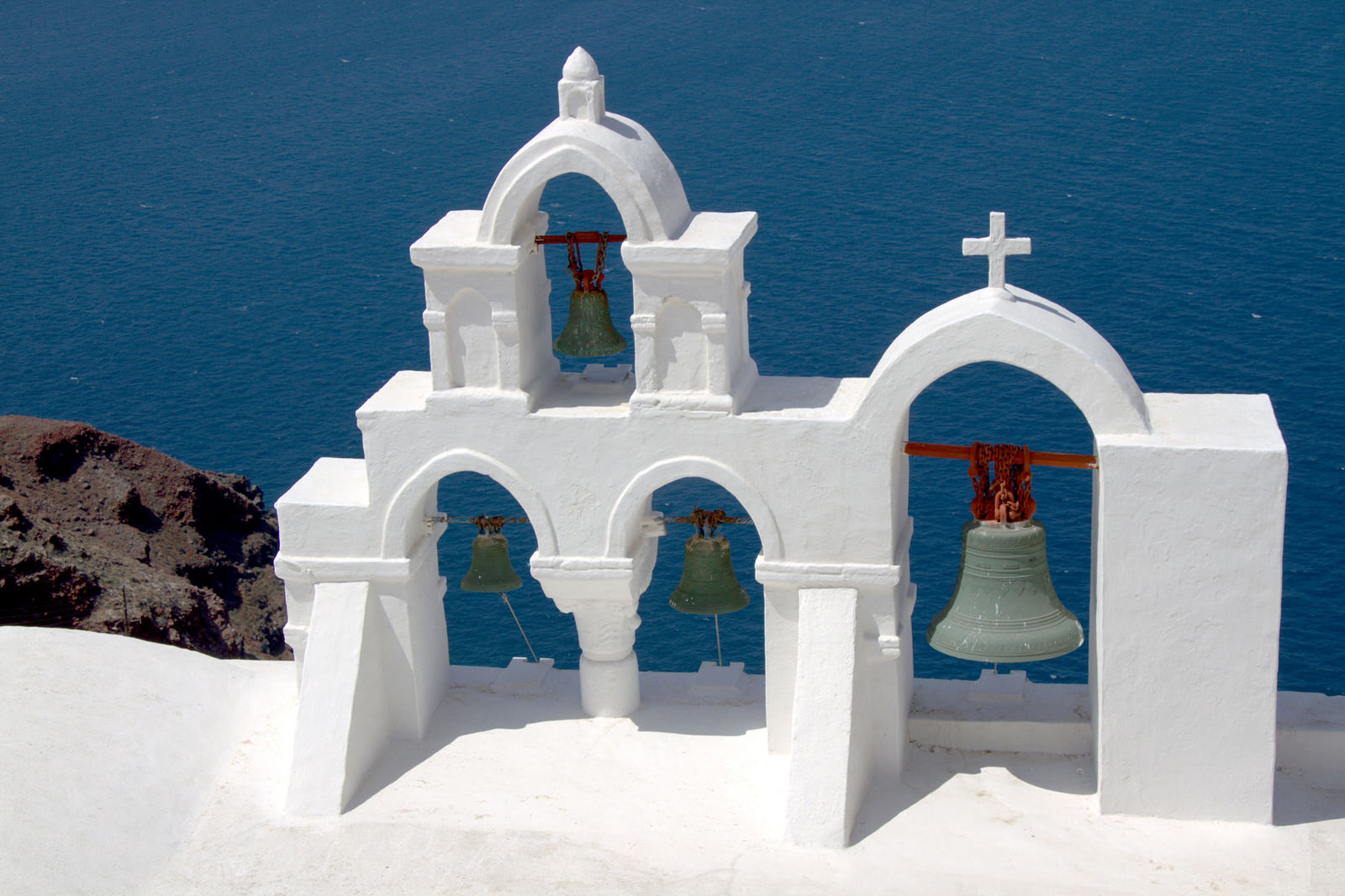 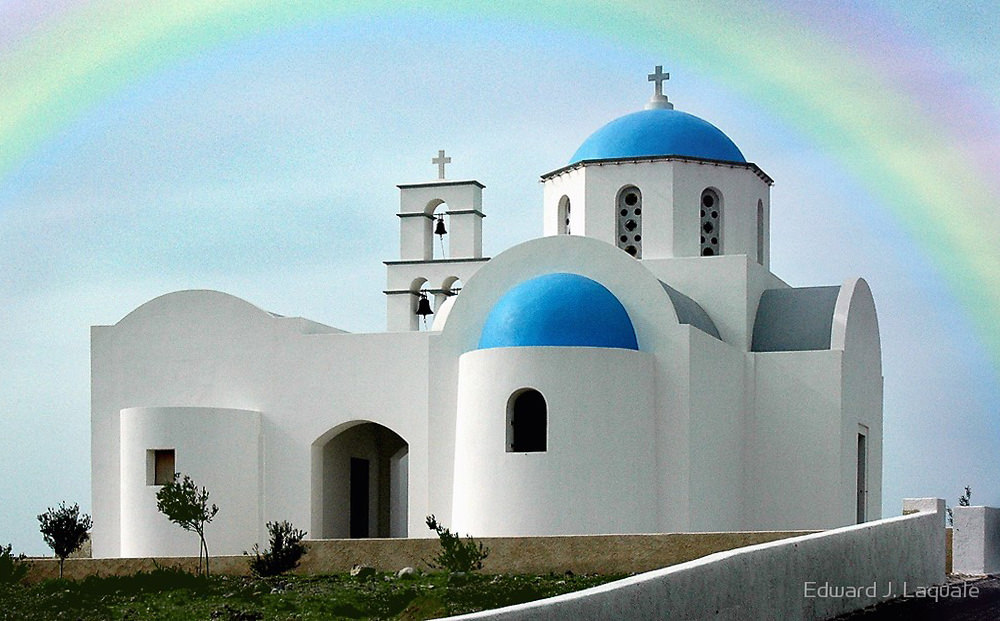 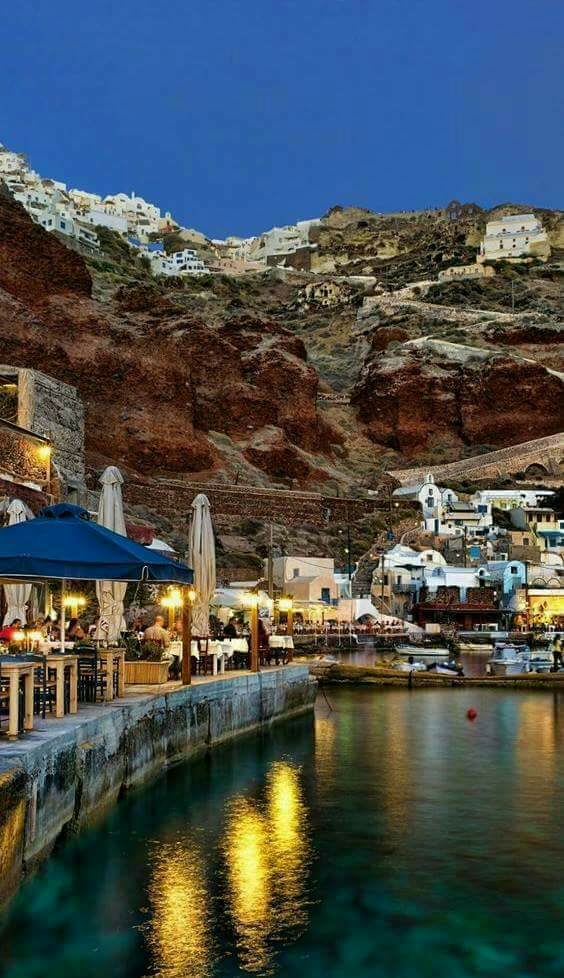 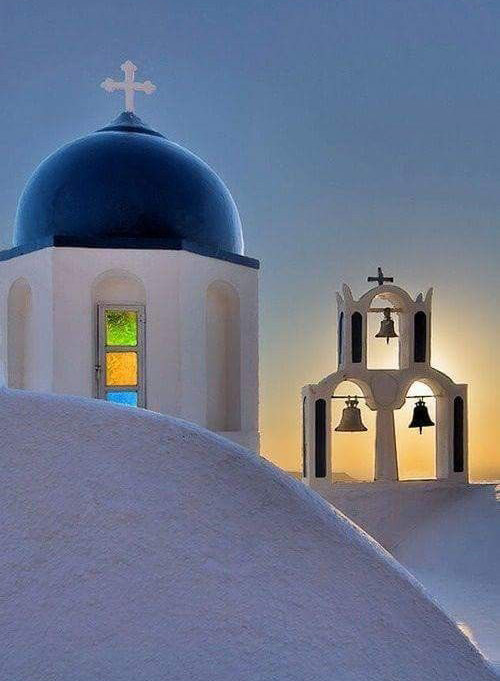